Tiger's mistresses are no feminist cause 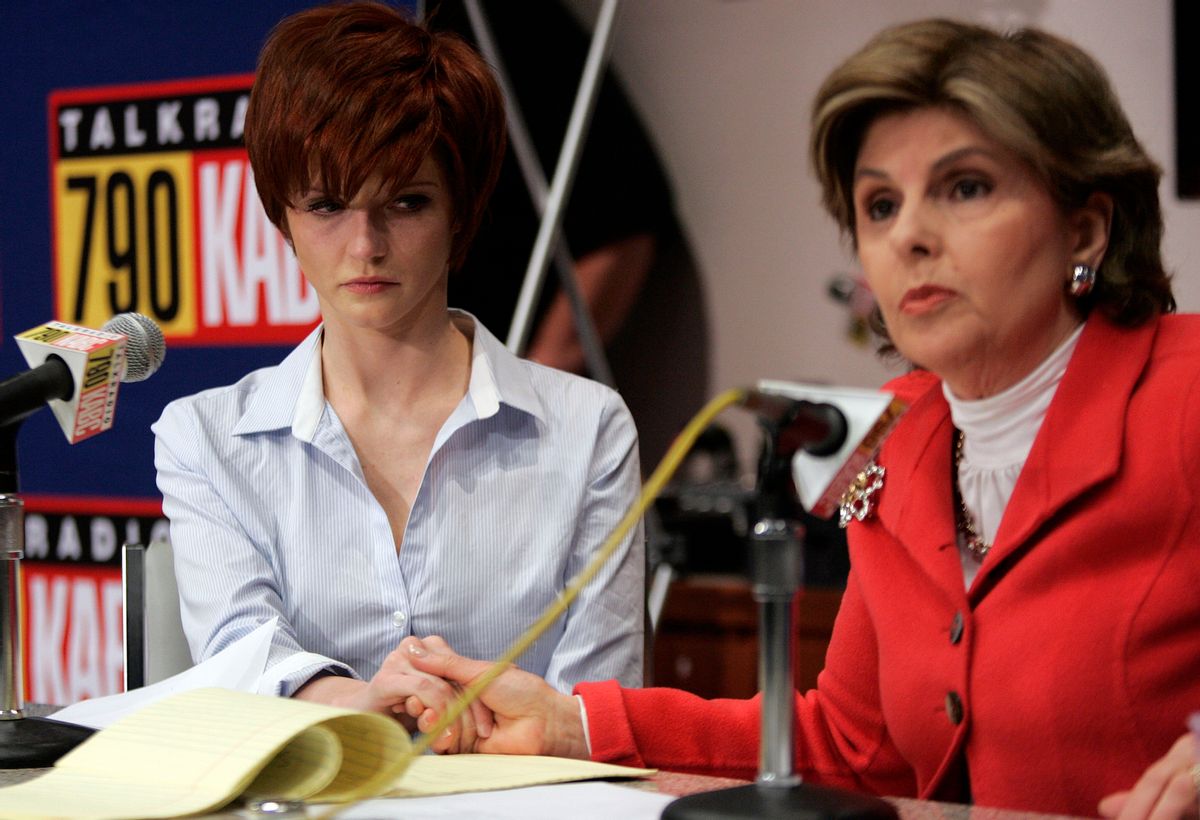 Gloria Allred is an embarrassing parody of feminism. She's been in a downward spiral for a while now, but last week marked the nadir of her descent, and today the Los Angeles Times' Sandy Banks has a great column about her "new feminism" (insert: eye roll and heavy air quotes).

After Tiger Woods' much-anticipated press conference on Friday, Allred went before the cameras on behalf of the golfer's porn star mistress, Veronica Siwik-Daniels, and explained that "he led her to believe that she was the only woman in his life" -- aside from his apparently inconsequential wife -- and demanded: "He must call her. And, better yet, meet with her in person to apologize to her and explain why he lied to her over and over again." Siwik-Daniels broke down in tears -- aggrieved, and inexplicably surprised, by her married lover's lies -- as Allred held her hand, hugged her and patted her on the back.

Watching this bizarre spectacle, all I could think was: Are you for serious, lady? Just try to imagine if every woman who felt wronged during an affair went around publicly demanding a personal apology, if every heartbreak, every lover's lie was given a press conference. I'm not sure what to call that imaginary world -- maybe, hell on Earth? -- but I certainly wouldn't call it feminist. Banks aptly describes this "twisted take on feminism" as touting "rights without responsibilities." She says, "Maybe you can't help who you fall in love with, but you can control what you do. And you can't cry foul -- he made me do it! -- when love doesn't work out the way you wanted." To do so would be to cast women as delicate damsels in distress.

Don't get me wrong, everyone deserves their day in court -- but Allred's recent turn allegedly representing several of Woods' mistresses so far hasn't been a matter of justice or fair representation. She isn't defending them so much as she is actively thrusting them and, more important, herself into the limelight. One of the many sad things here is that in the past Allred has done important, respectable work in the name of feminism and, more generally, human rights. Banks offers a succinct summary:

Twenty-five years ago, she took on a cabal of Holocaust deniers, winning $100,000 and a public apology for an Auschwitz survivor. She sued to force Los Angeles County to unchain pregnant inmates while they gave birth. She championed the rights of lesbian couples during an era when politicians felt comfortable calling them derogatory names. She fought to protect rape victims from having to explain why they wore thongs or how many sex partners they had.

But, lately, she's made a mockery of women's issues, promoting a fun-house mirror reflection of feminism that is unflattering and alarming. I'm left to shake my head, back away, and reassure myself that this isn't my feminism.