Why the public option isn't really "back" 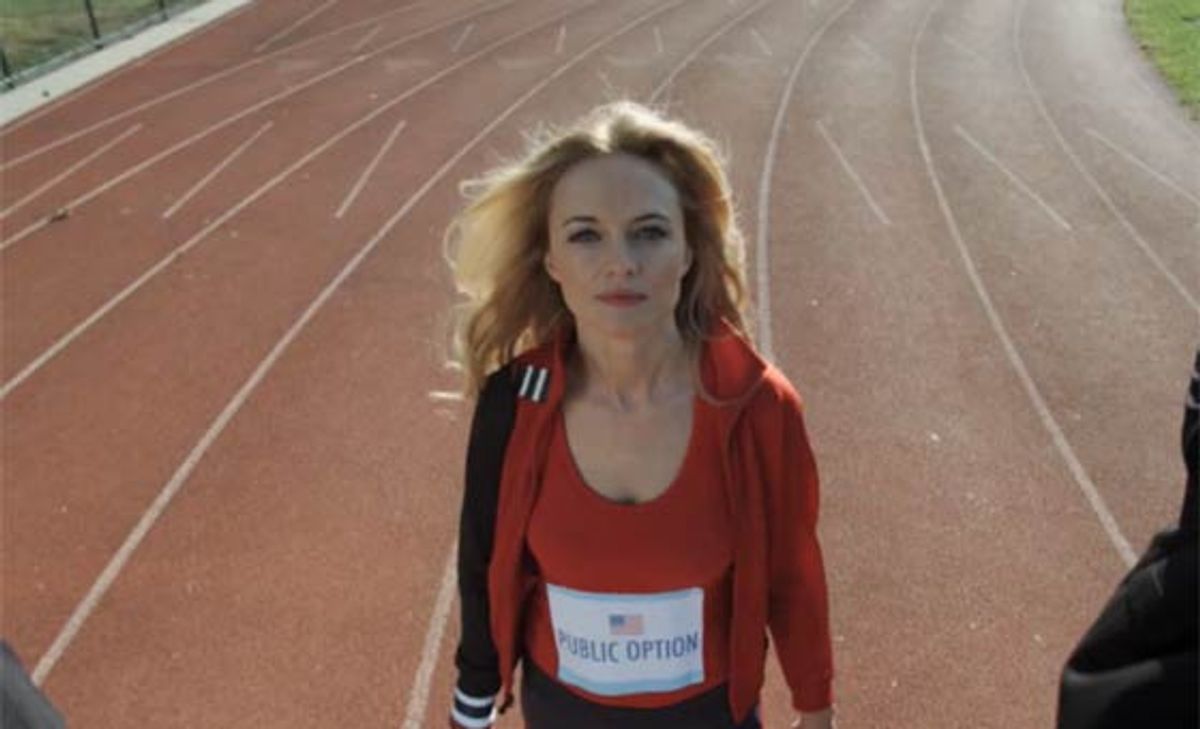 When they're not attacking the White House over it, liberal groups are celebrating the return of the public option, as seen in a campaign that has gotten more than 20 senators to sign on to a letter urging Senate Majority Leader Harry Reid to use reconciliation to pass a bill that includes the government-run insurance plan.

MoveOn.org, for one, released an updated version of its ad on the issue that starred Heather Graham. In this new iteration, the narrator says, "When a majority of Americans support something, it's hard to keep a good idea down. Because the public option is back. The public option is making a comeback. Over 20 senators and over 100 House members have endorsed putting the public option back on the table." (The ad is at the bottom of this post.)

Under reconciliation, a Senate procedure that rules out the possibility of a filibuster, Democrats would still need 51 votes to pass a bill that includes a public option. Technically, they'd really only need 50 votes, plus a tie-breaker from Vice President Joe Biden. But given the White House's reluctance to actively support the public option, and the terrible optics of having Biden cast that vote -- Republicans would cry that a government healthcare takeover was shoved down Americans' throats -- there's basically no chance that Demcoratic leadership will let the process get to that point. So, practically speaking, they need 51 votes, or 28 more than the 23 senators who are currently signatories to the letter.

The simplest way to think of it is this: There are 59 members in the Senate Democratic Caucus. Public option supporters could afford to lose only eight. And there's almost no way that won't happen. Right away, you can write off Connecticut Sen. Joe Lieberman, whose vote for reconciliation will be a tough get even without a public option included in a bill, and who opposes the public option on top of that. Then figure public option supporters would also lose Arkansas Sen. Blanche Lincoln, who won't vote for any healthcare measure that's considered under reconciliation. Louisiana Sen. Mary Landrieu, who's as politically vulnerable on Lincoln, has also said she opposes the idea of using reconciliation for healthcare generally. On top of that, there's Florida Sen. Bill Nelson, who's voted against a public option. Most disappointing for supporters of the idea of a government-run insurer, West Virginia Sen. Jay Rockefeller, one of their staunchest allies, has come out against the idea of using reconciliation to get it passed.

Right there, you're already down to 54 votes. It's very easy to see how you get down below 51 from there, and not so easy to see how you stay above it. Nebraska Sen. Ben Nelson, Montana Sen. Max Baucus  and Indiana Sen. Evan Bayh would be shaky on this, at best. West Virginia Sen. Robert Byrd is a big proponent of restrictive rules on the use of reconciliation -- one of them, the Byrd Rule, is named after him -- and he's not likely to bend on that. Lose all of them, and you're down to 50. And if the vote's that close, others may start to balk as well.

Ultimately, this is likely to be moot anyway. The White House is making it very clear that they're not interested in passing the public option through reconciliation, and that attitude has a way of putting the brakes on things, and quick.

Update: One point of clarification -- Florida Sen. Bill Nelson has voted for one version of a public option plan, though he voted against another. But his "aye" vote -- for a proposal that failed in committee anyway -- seemed more like a political play than anything else. He's also said that a public option can not pass, and that supporters of the idea "don't have a clue."