Bring out your best bean dishes!

A tribute to the most unglamorously delicious soups and stews 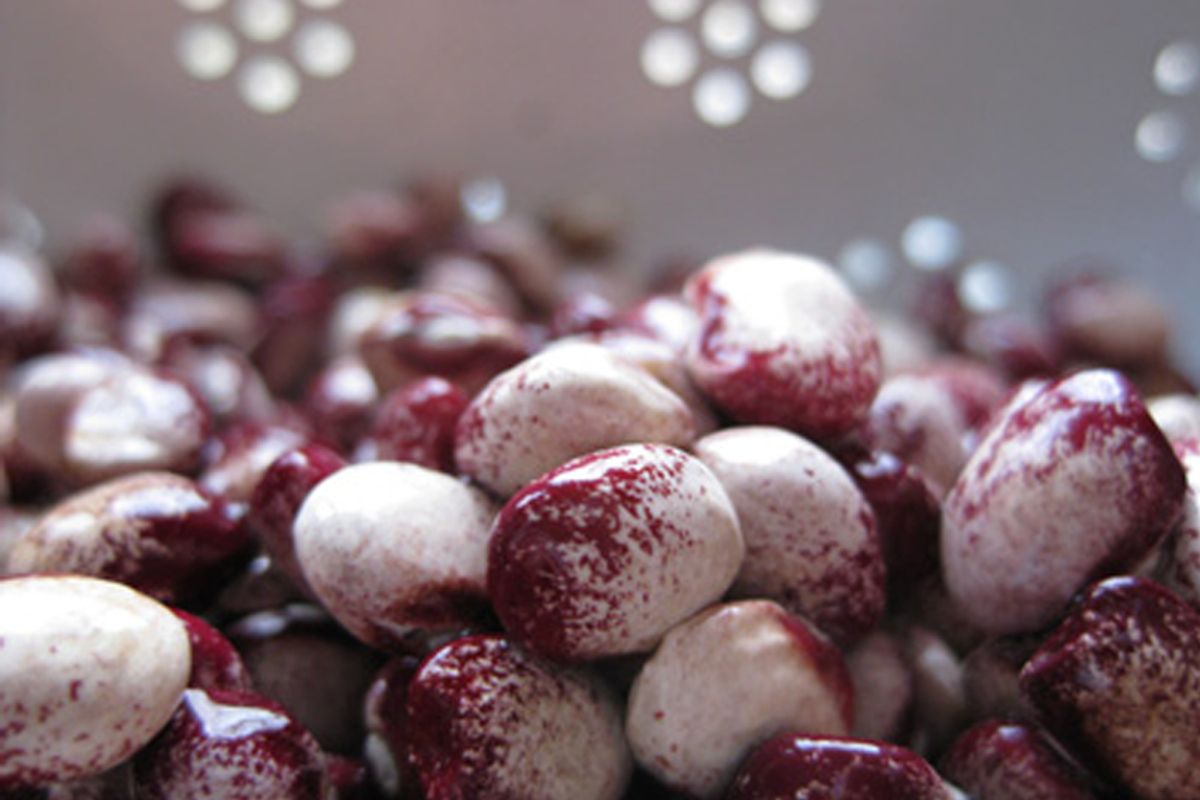 Every week, your challenge is to create an eye-opening dish within our capricious themes and parameters. Blog your submission on Open Salon under your real name by Monday 10 a.m. EST -- with photos and your story behind the dish -- and we'll republish the winners on Salon on Tuesday. (It takes only 30 seconds to start a blog.) And yes, mashed potato sculpture counts as a dish. Emphatically.

One of my warmest memories was at the house of a stranger, eating beans. I was living on the Mississippi Coast for post-Katrina work, and I knew exactly one person -- whom I'd met exactly once before -- within a 600-mile radius. She brought me to a friend's in New Orleans, the home of the excellently named Pableaux Johnson, a true Cajun-in-the-City who'd been holding a standing Monday night dinner party of red beans and rice for years. Made with the andouille and hot smoked sausages of his people, splashed with shakes of Crystal hot sauce, the beans glowed with pepper. And yet, to a stranger to this beautiful, wrecked world, sitting around the table Pableaux inherited from his grandmother, making fast friends with my fellow communion-takers, it was his feeling of welcome that warmed me.

So this week, in tribute to my friend and his red beans and rice, let's hear your stories and recipes for your favorite bean stews and soups.

Be sure to tag your post: SKC bean stews

Scores will be very scientific, given for appealing photos, interesting stories behind your submissions, creativity, execution and only the most tasteful jokes about eating too many beans.

M.L. Cook! For a wonderful story of the origin of ice cream, the ur-ice cream, if you will, made of snow and eaten in your boots and mittens. (Recipe for snow ice cream included.)

This week marked our very first inter-Salon Kitchen Challenge challenge! A vicious, internecine Bourbon Slushie Beatdown between Iamsurly and 1_irritated_mother! These bloggers battled each other with booze, ice and untoward remarks about each other's intelligence and sexuality. Surly had an early advantage with a glove-handed slap, but then Mother came back with lemons "zested on the teeth of orphans and baby chicks." It's getting brutal over there! Who will win? You be the judge! (Recipes for Bourbon-tea slushies included.)

In the Recipes in the Real World Category:

Sueinaz, for a hilarious account of what a simple, 2-step lemon sorbet recipe looks like in her kitchen. "I missed out on the whole coke fad in the '80s, for some crazy reason 1/8 of a teaspoon is the smallest measure in my kitchen. Eyeball what may be 3/4 of the 1/8 teaspoon of xanthan gum. Hope for the best." (Wait a minute, is she making fun of me?) (Recipe for lemon sorbet included.)

In the NOM NOM, Must Eat Now category:

Linda Shiue, too, for another dessert tribute to the Jamaican bobsled team (how they captured our hearts!) and a memory of discovering the Jamaica that exists beyond resort gates. (Recipe for Guinness ice cream included.)

In the category of the Great Northland:

JK Brady, for representing Canada and explaining the charms of winter sports. And if words won't do it for you, she's enticing you with Champagne sorbet (though, if I may nitpick, her recipe more closely resembles a granité than a smooth sorbet). (Recipe included.)

In the category of Density:

Gianfalco! Well, his entry wasn't dense, but I fear I am. Can anyone explain his cartoon to me?

And in the Parenting Advice category:

Mamie Chen, for a brilliant way to keep kids occupied: have them kick around an ice cream maker shaped like a soccer ball. "After two minutes, the kids got bored and ran off to fight over the [real] soccer ball, and I was stuck shaking the [ice cream] ball by myself for the next 20 minutes." OK, so maybe the plans looked better on paper.