Our family friend was a lively, odd person with a secret recipe. Fitting, then, that I found it in an odd way 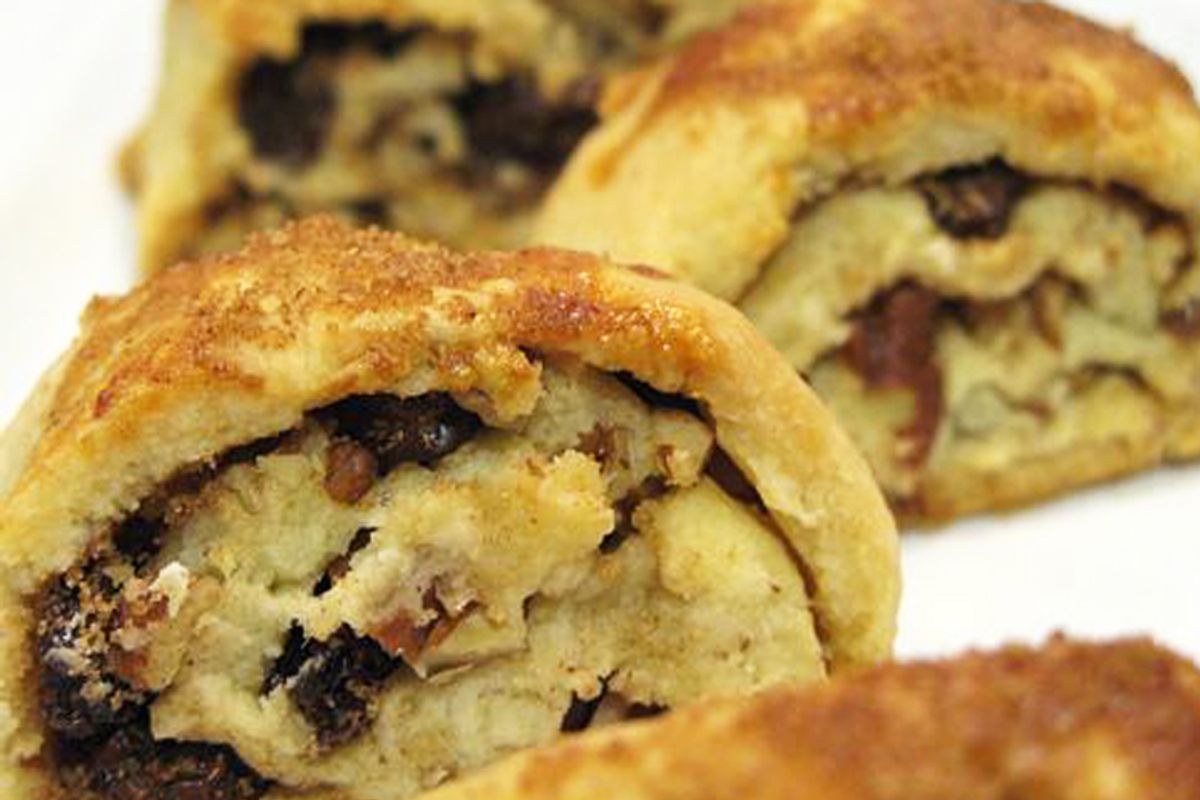 A version of this story and recipe for gluten-free rugelach first appeared on Lulu and Phoebe.

When I tell people that the best rugelach I ever ate was at my father's funeral, there is always an awkward pause in conversation, until I also mention that they were filled with bittersweet chocolate.

Though, to be honest, the only thing I can recall of the funeral was that fabulous rugelach. I was in the living room, busy stuffing the perfect little rugelach into my pockets and running outside, stashing them in a paper bag, emptying the platter in a half-dozen trips. Someone blamed the dog. I owed that dog.

The rugelach had arrived with a woman I knew as Fake Aunt Hope, a family friend whom I only knew as the lady behind the pharmacy counter in the small drugstore a few blocks from our house that she and her husband, Doug, owned.

At 5, when I was appointed Chief Step & Fetch It by my father the Ad Man, it was my job to run to the drugstore whenever he needed something. "Something" was usually cigarettes and a giant box of 1960 vintage Kotex for my mother. Fake Aunt Hope handed me the items, along with my pack of Necco Wafers as payment for the job. It was always a sweet gesture, but how could she not know it was not nearly payment enough for the mortification I felt hauling that giant box of Kotex five blocks home?

Years later, after baking untold numbers of frustratingly inferior rugelach, I finally decided to write Fake Aunt Hope for the recipe. I was one postage stamp from sending it, when I got a phone call from my in-laws.

The evening before, they had hopped over to the indie theater to catch one of the new art films. In line, they ran into Fake Aunt Hope and her husband, whom they knew from my wedding. Fake Aunt Hope and Doug were thrilled to see my in-laws, saying how pleased they would be to watch the movie together, and offered to go in first and save seats. When my in-laws got close enough to see the movie poster, they couldn't run out of there fast enough. I could feel them blushing through the phone two states away. Somehow they missed the big giant marquee that had a giant red XXX running across it. Turns out the old indie was no more. Fake Aunt Hope and Doug were very disappointed when the in-laws remembered sudden prior headaches and hastily took their leave.

With that fine mental picture in my mind, I never did mail that note. I thought to do it again, decades later, only to find that Doug was gone and Fake Aunt Hope had advanced Alzheimer's.

Not long ago I took another look at what might have made her rugelach so special. I read stories, and searched for old Eastern European recipes since that is where Fake Aunt Hope's family was from, but I realized that she, like other women her age, must have learned from watching their mother or grandmother, probably with nothing written down. The secret must have been in the love in her hands.

Recently, I tried to fashion a version using common themes I'd found. By the last of many batches, I was tired and had run out of patience. The perky cream cheese and butter were still in the refrigerator and I had forgotten to take them out to soften. Annoyed, I took my frustration out on the ingredients. Instead of treating them like fragile, delicate things, I tossed and banged and smacked them around. I rushed through some steps, forget some others.

And yet, when they emerged from the oven, they looked splendid and tasted even better than I had hoped.

It's fine if my version will never be exactly like Fake Aunt Hope's beauties. But I like that the odd way I finally learned to make them will always make me remember her quirkiness with fondness and affection.

For dough:
2 cups of all-purpose flour OR classic blend gluten-free flour (Authentic Brands is my choice)
2 sticks of unsalted butter (chilled)
8 ounces of cream cheese (full fat and chilled)
Pinch of guar gum and xanthan gum (for gluten-free version only)

Notes: The biggest lesson here is to not fuss with the dough and to keep it cold. The directions took longer to write than it would take to make the whole thing aside from the chilling and baking time. Once you have it down, it goes quickly. Work the dough as little as possible. Obviously bakers made rugelach long before food processors were in our kitchens, so you can mix the dough by hand. Do it as quickly as you can without handling it very much. A food processor only means that you can create the dough base in under five minutes from start to finish. Create your own fillings: Jam, nuts, chocolate, dried fruits, spices are all possibilities.