"Did you come to praise Medicare or to bury it?"

At his health summit, Obama should ask whether Republicans want to protect Medicare -- or kill it with vouchers 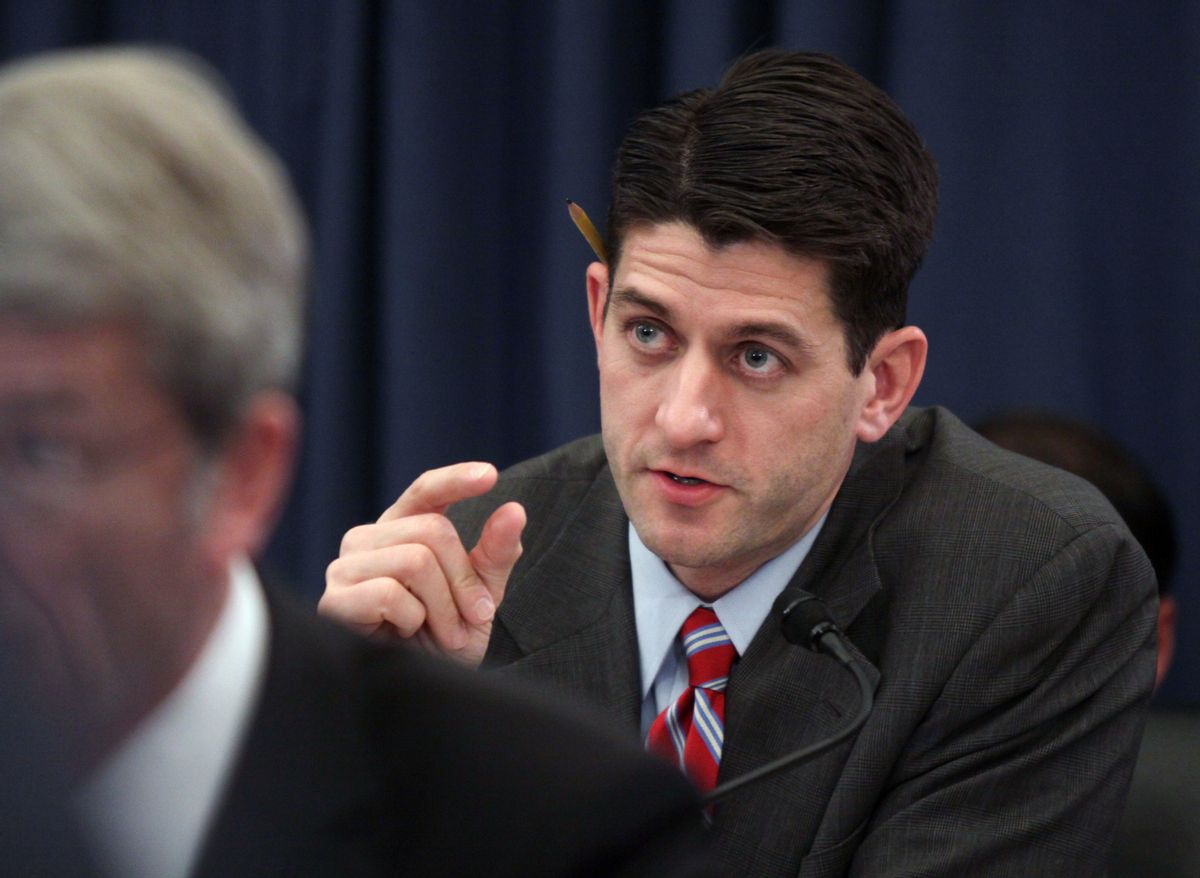 Are the Republicans defending Medicare, as Mitch McConnell insists, or are they declaring it road kill on Paul Ryan's fiscal "road map"?

That might be one of the first questions posed by President Obama to Republican leaders attending Thursday's White House healthcare summit, because the House and Senate Republicans have adopted diametrically opposed positions on the nation's largest healthcare program.

Rep. Paul Ryan, R-Wis., selected by the House GOP leadership as one of four members to speak for their caucus, is the author of a budget plan that would essentially dismantle traditional Medicare and replace it with a voucher system. But Senate Majority Leader Mitch McConnell has spent most of the past year  posturing as the noble defender of Medicare -- and Grandma -- from those heartless Democrats.

McConnell delivered his latest  broadside while accepting Obama's invitation to the summit. Expressing fresh disappointment with the president's healthcare proposals, he said: "Our constituents don't want yet another partisan, back-room bill that slashes Medicare for our seniors, raises a half-trillion dollars in new taxes, fines them if they don't buy the right insurance and further expands the role of government in their personal decisions."

Slashing Medicare is precisely what Ryan and his allies intend to do, at least for anyone under the age of 55. At his request, the Congressional Budget Office analyzed the effects of his plan (which he calls "the Roadmap") on Medicare recipients, with perfectly predictable results, outlined in a 50-page letter to Ryan (scroll down to page 12):

"Both the level of expected federal spending on Medicare and the uncertainty surrounding that spending would decline, but enrollees' spending for health care and the uncertainty surrounding that spending would increase. Under the Roadmap, the value of the voucher would be less than expected Medicare spending per enrollee in 2021, when the voucher program would begin. In addition, Medicare's current payment rates for providers are lower than those paid by commercial insurers, and the program's administrative costs are lower than those for individually purchased insurance. Beneficiaries would therefore face higher premiums in the private market for a package of benefits similar to that currently provided by Medicare. Moreover, the value of the voucher would grow significantly more slowly than CBO expects that Medicare spending per enrollee would grow under current law. Beneficiaries would therefore be likely to purchase less comprehensive health plans or plans more heavily managed than traditional Medicare, resulting in some combination of less use of health care services and less use of technologically advanced treatments than under current law."

In shorter, plainer English, seniors would receive far less care (and pay more for it) than currently provided by Medicare -- in part because Medicare is more efficient than private insurance. The likeliest outcome of a voucher program is the return of the elderly to the status quo before 1965 -- when almost none could afford health insurance and millions were annually driven into poverty by their medical bills. Perhaps that is why the last time Medicare vouchers gained traction as a "new idea" was during the Reagan administration. The  conclusion reached by leading health economists back then was the same as the CBO analysis today: Most seniors would pay more for fewer benefits -- because a single-payer program like Medicare enjoys enormous advantages of scale and efficiency. Or they would be driven back into the status quo of pre-Medicare America, circa 1964 -- when millions of the elderly could not afford healthcare or were driven into poverty by medical bills.