"Hogs of the sea" get blasted by a deadly virus. Who could have predicted it? 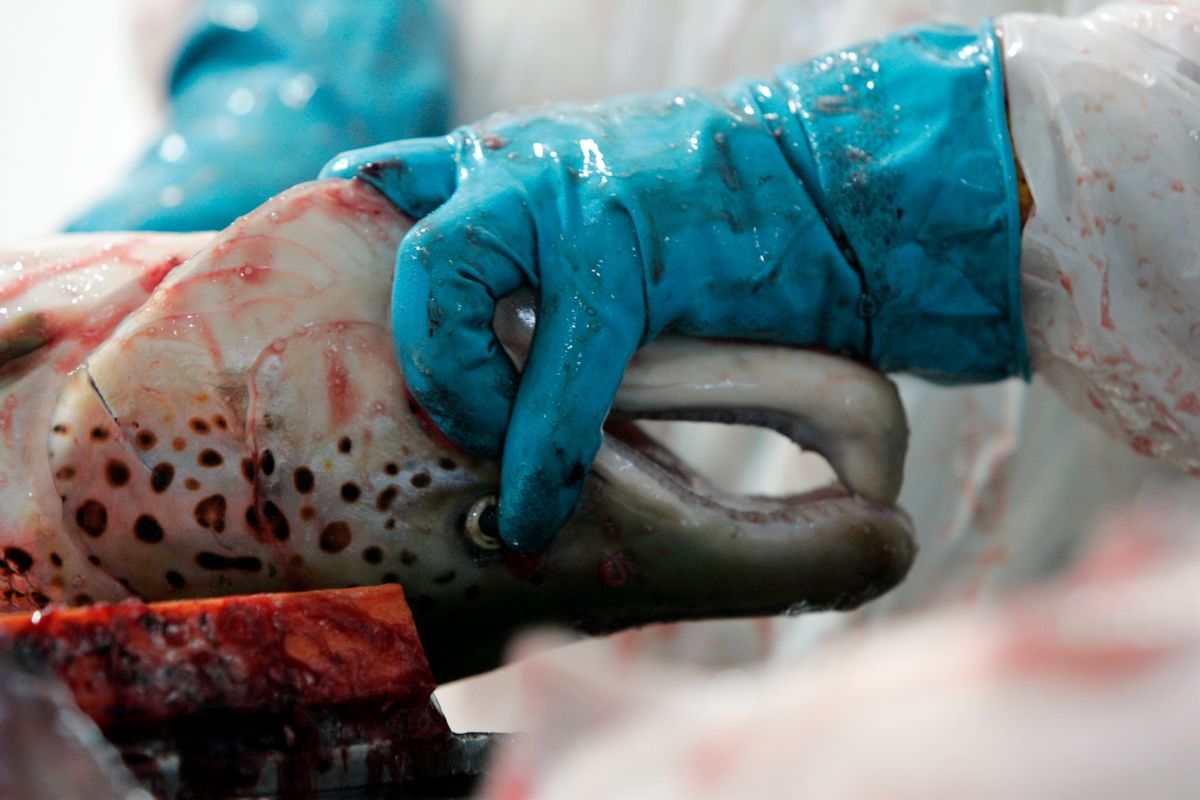 Chile's loss is Norway's gain. After a virus that causes salmon anemia devastated Chile's salmon harvest, prices have spiked worldwide and Norway's salmon exporters are taking advantage. Chile had been the second biggest producer of salmon in the world, but is predicted to sell only about 90,000 tons this year, compared to 403,000 tons in 2008.

Environmental groups accuse Chile's salmon industry of over-crowding its cages for salmon and using too many chemicals.

But what neither report tells us is that 20 years ago, Chile had no salmon industry at all. Salmon are not indigenous to South America. Chile's entire production was farmed, and for years, a hefty proportion of the harvest went directly to Wal-Mart. As Wal-Mart expanded its grocery offerings, so did Chile's salmon farms burgeon.

In 2006, Salon excerpted a chapter from Charles Fishman's excellent "The Wal-Mart Effect" that told the story of Chilean salmon. After learning of the Chilean salmon disaster from the International Political Economy Zone blog, I went back to review that chapter, and the following paragraph jumped out at me.

Salmon farming is starting to transform the ecology and environment of southern Chile too, with tens of millions of salmon living in vast ocean corrals, their excess food and feces settling to the ocean floor beneath the pens, and dozens of salmon processing plants dumping untreated salmon entrails directly into the ocean.

Who could have predicted that the mass forced farming of an exotic fish to please the Wal-Mart low-price palate would result in a horrific virus-borne plague of anemia?

"Have you ever seen a hog farm?" asks Gerry Leape, vice president of marine conservation for the National Environmental Trust, a Washington-based environmental nonprofit group. "These fish are the hogs of the sea. They live in the same sort of conditions, it's just in water. They pack them really closely together, they use a lot of prophylactic antibiotics, not to treat disease, but to prevent it. There's lots of concentrated fish waste, it creates dead zones in the ocean around the pens."

(Wal-Mart, incidentally, stopped buying Chilean salmon in July.) The Chilean government is now working on new laws to govern salmon farming  designed to ensure healthier fish, but in the meantime the whole sorry saga offers a potent metaphor for the dangers inherent in any kind of industrial production of animals.