The future of dairy: Milk in a bag

U.K.'s Sainsbury's grocery chain is the latest retailer to replace bottles with bags. Will the U.S. follow? 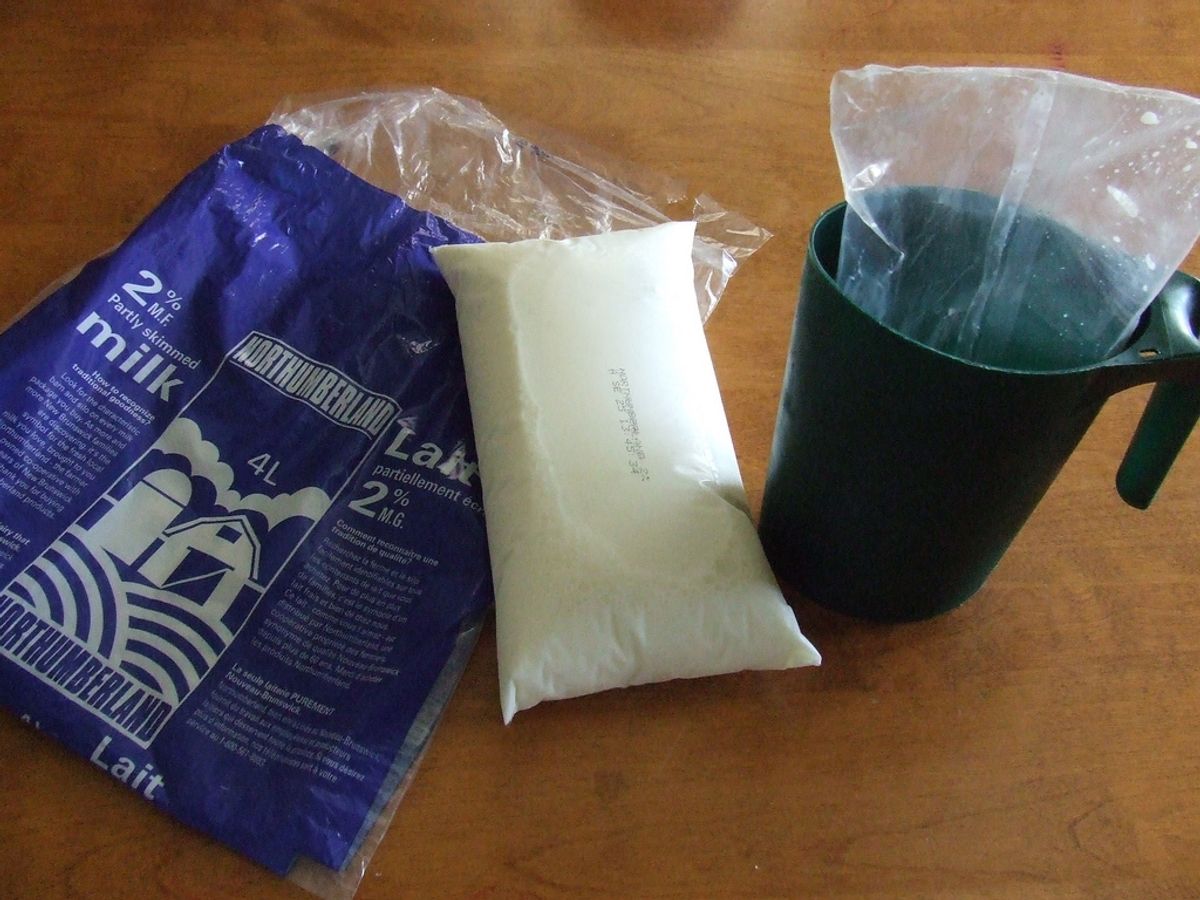 A few weeks ago, a rather mundane video began going viral on YouTube. Titled "Milk in bags, eh?" the video shows Sheryl Ng, a young Canadian woman, demonstrating her country's primary mode of milk consumption: the milk bag. Like most other Canadians (especially in Ontario and Quebec), Ng buys her milk in see-through bags at the grocery store, which she then drops into a plastic jug and snips at the corner before pouring into a glass. Clearly, this confused a lot of people, especially Americans. As one Portland blogger succinctly wondered, "Is this some kind of fucking joke?" The simple video garnered 77,000 hits, blog buzz, and even news coverage in the Toronto Star. (I've linked to the video before, but here it is again, below.)

Milk bags are far more unremarkable than most Americans think. They're common in India and many European countries, and constitute a frequent choice for 60 percent of Canadian, Polish, South African and Chinese milk buyers. Yesterday, the enormous British Sainsbury's grocery chain announced that it too was converting from milk bottles to milk bags. As the Telegraph reported, the chain had been testing the bags for the last two years, and are now convinced that "the bags are very robust" and that "no customers have complained about the bags splitting." The chain claimed that 3 percent of its 24 million weekly customers have already made the transition (approximately 720,000 shoppers).

Why bags? They use 75 percent less packaging than bottles, which saves the chain valuable manufacturing costs (the company claims it will save 1,400 tons in packaging per year). They're also recyclable, and cheaper for consumers. On the (very slight) downside, they require customers to purchase reusable plastic jug in which to store their bags -- the chain will be giving away 500,000 of them -- that can be slightly more cumbersome for fridge storage.

Where did the milk bag come from? As the Toronto Star explained, Canadians began using milk bags in the late '60s, when Canadian milk workers became annoyed with the breakage of glass bottles. The practice didn't catch on in a big way until the country transitioned from the imperial system to metric measurements in the 1970s. It was easier to convert milk bag packaging machines from gallons into liters than machines that worked with jugs -- and as milk bags become more common, alternatives became more expensive, fueling the change.

These days, however, milk bags' popularity in most countries can be tied to environmental concerns, the economic advantages of limited packaging, and strong top-down regulation (in China, even beer is sold in bags). Milk bags have made sporadic local appearances across the country, but America is still a country of cartons and plastic bottles. Why? Clearly we're behind most European countries as far as eco-awareness and packaging regulation go, the U.S. hasn't had to transition from imperial to metric like Canada, and if YouTube comments are any indication, Americans are also far more prone to having their minds blown by the concept of storing liquids in bags.

But as Sainbury's move demonstrates this week, it's a concept that isn't going away any time soon, and as Americans continue to become more  conscious of their environmental impact, people better start getting used to it; it's likely only a matter of time before milk bags are jiggling at a grocery store near you.