Says conflict has "been taken a little out of proportion" 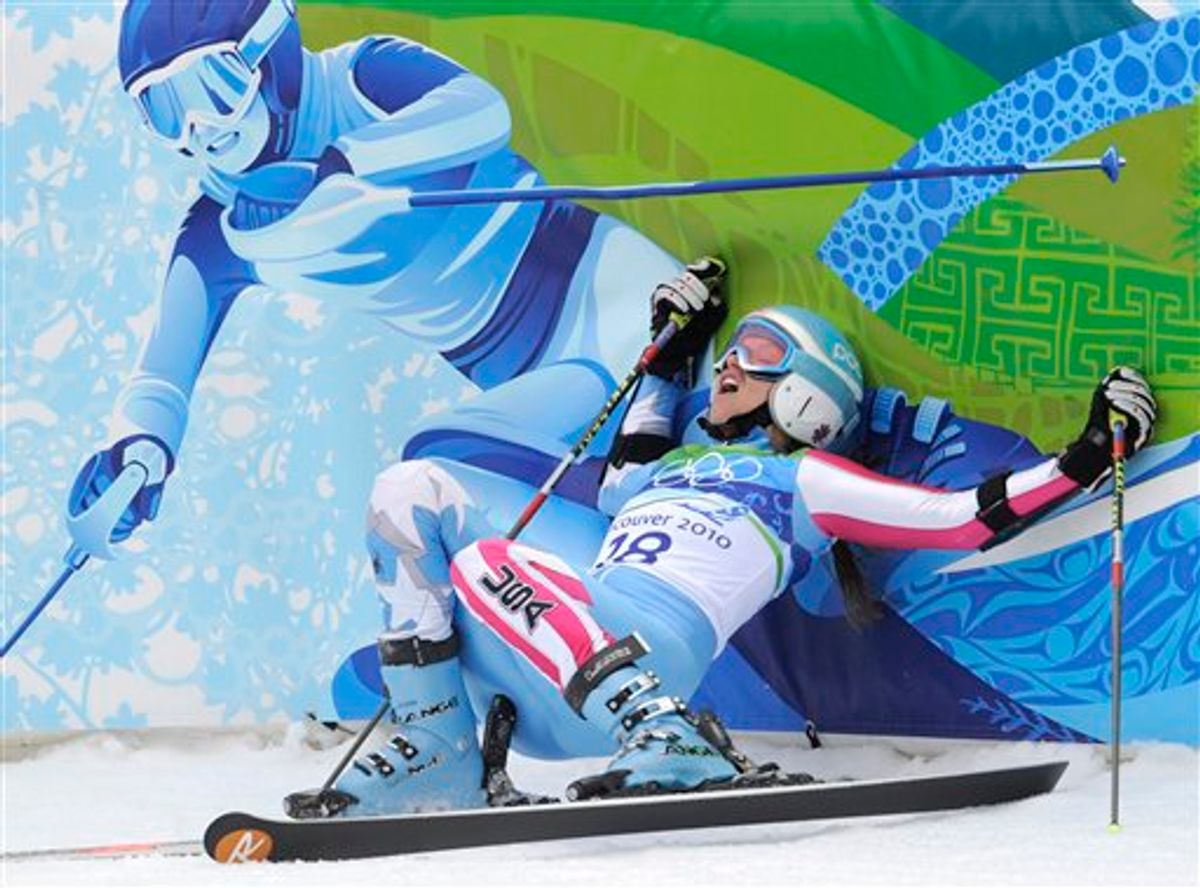 Julia Mancuso of the United States falls back on to the finish area fencing after finishing the second run of the Women's giant slalom, at the Vancouver 2010 Olympics in Whistler, British Columbia, Thursday, Feb. 25, 2010. (AP Photo/Gero Breloer) (AP)
--

Julia Mancuso says the state of her relationship with U.S. teammate Lindsey Vonn has "been taken a little out of proportion" at these Olympics.

Mancuso spoke after finishing eighth as the defending champion in the giant slalom Thursday, a day after her first run was interrupted because she left the starting gate not knowing that Vonn was crashing ahead of her.

Vonn said Wednesday she was "hurt" by "some negative things" Mancuso had said about her at these Olympics. That included Mancuso's comments about Vonn drawing a lot of attention from the media and within the U.S. team.

Mancuso sought to diffuse the situation Thursday, saying: "The way that it came across, that it was a media-attention fight or something like that, is just ridiculous."