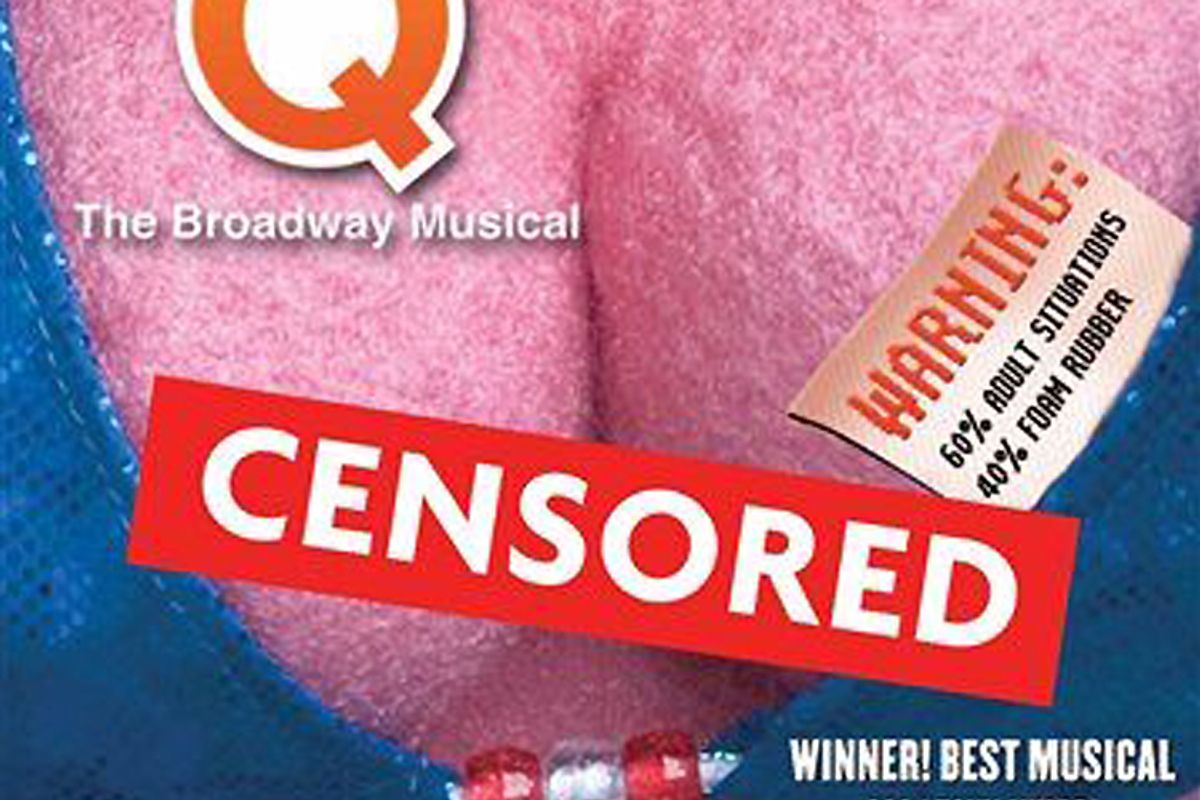 These breasts are officially too hot for Colorado Springs to handle -- never mind that they are pink and furry, and belong to a puppet.

OK, fine, so they belong to a puppet named Lucy the Slut from the musical "Avenue Q" (who either has an architectural marvel of a brassiere or has had some major work done). She isn't exactly the kind of girl-puppet you take home to mom, but it's rather amusing that local billboard company Lamar Advertising felt compelled to censor these marionette mammaries. A bus stop ad featuring her boobage as a means of cheekily promoting a local run of the play was initially approved by the agency, but a bigwig intervened just as the billboard was going to press. Account executive Jeff Moore told the Colorado Springs Gazette: "If I have to explain it to my 4-year-old or my grandmother, we don't put it up." I guess kids and grandmas these days have been sheltered from the eye-popping sight of Miss Piggy's rack?