Filibustering against extended jobless benefits, Bunning cites the deficit. So he should close his tax-exempt scam 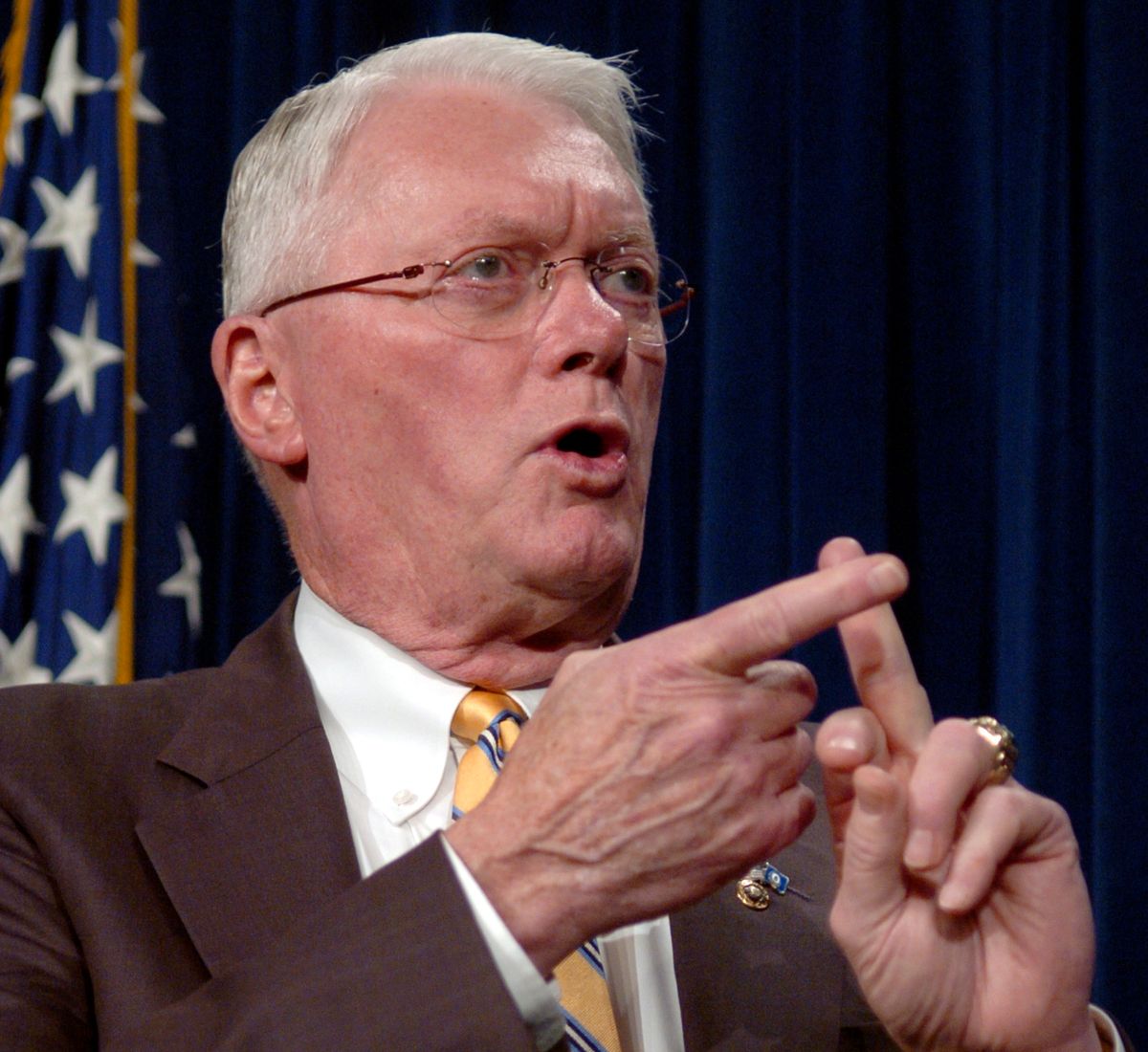 Sen. Jim Bunning (R-KY), a Hall of Fame pitcher, talks about progress made by the Major League Baseball in dealing with steroids in Washington November 15, 2005. Bunning said he was pleased that baseball had toughened its performance-enhancing drug standards, but that proposed legislation to deal with the problem would remain on the table in case the problem worsened. REUTERS/Jonathan Ernst (Reuters)
--

Until today, it hardly seemed possible that Sen. Jim Bunning, R-Ky., could be more widely despised than he was, but he has succeeded in diminishing his already low stature. Loutish, eccentric and mean, he says that his filibuster against extended unemployment insurance benefits is spurred by his concern over the federal deficit. The jobless and their children may depend on that assistance for rent and food, but Bunning insists that the Obama adminisration use stimulus funding to pay for unemployment extensions. He doesn’t give a damn that on Sunday benefits will run out for hundreds of thousands of struggling families.

While even Bunning’s fellow Republicans dislike him intensely, none of them cares enough about the unemployed to tell him to sit down and shut up. That has been left to the Democrats, who should make Bunning the poster boy of the right-wing filibuster — a symbol of obstructed democracy and discarded humanity.

Here’s a suggestion for anyone who runs into the former baseball pitcher on the Senate floor. Tell him that if he is truly worried about the deficit, he should stop using the Jim Bunning Foundation to shelter the money he makes from baseball memorabilia.

Ever since he was inducted into the National Baseball Hall of Fame, Bunning has operated this phony “charitable” operation as a front for his business selling autographed balls. As this outfit’s sole employee, working one hour a week, he has paid himself hundreds of thousands of dollars over the past 10 years — considerably more than the amount donated to any actual charity.

Indeed, the only charities to which the foundation gives any significant sums are Catholic churches attended by Bunning and his family (so he gets other people to make his religious donations as well). Perhaps those churches ought to reconsider accepting his generosity in light of his nasty conduct toward the unemployed, whose plight is a matter of grave concern to the Catholic hierarchy.

Clearly Bunning is a man of low character, even for someone who belongs to what Twain described as “our only distinctly native American criminal class.” Not only does he exploit a charitable foundation to avoid taxes and ethics rules while greasing his own palm; he actually put a Washington lobbyist on the foundation board — and then arranged budget earmarks for clients of that same lobbyist, who oversees his self-dealing scam. Someone ought to file an ethics complaint against this dreadful, dishonest man.