Calas: The rice fritter that freed the slaves

The story of a secret New Orleans treat, and a quest to bring it back from extinction 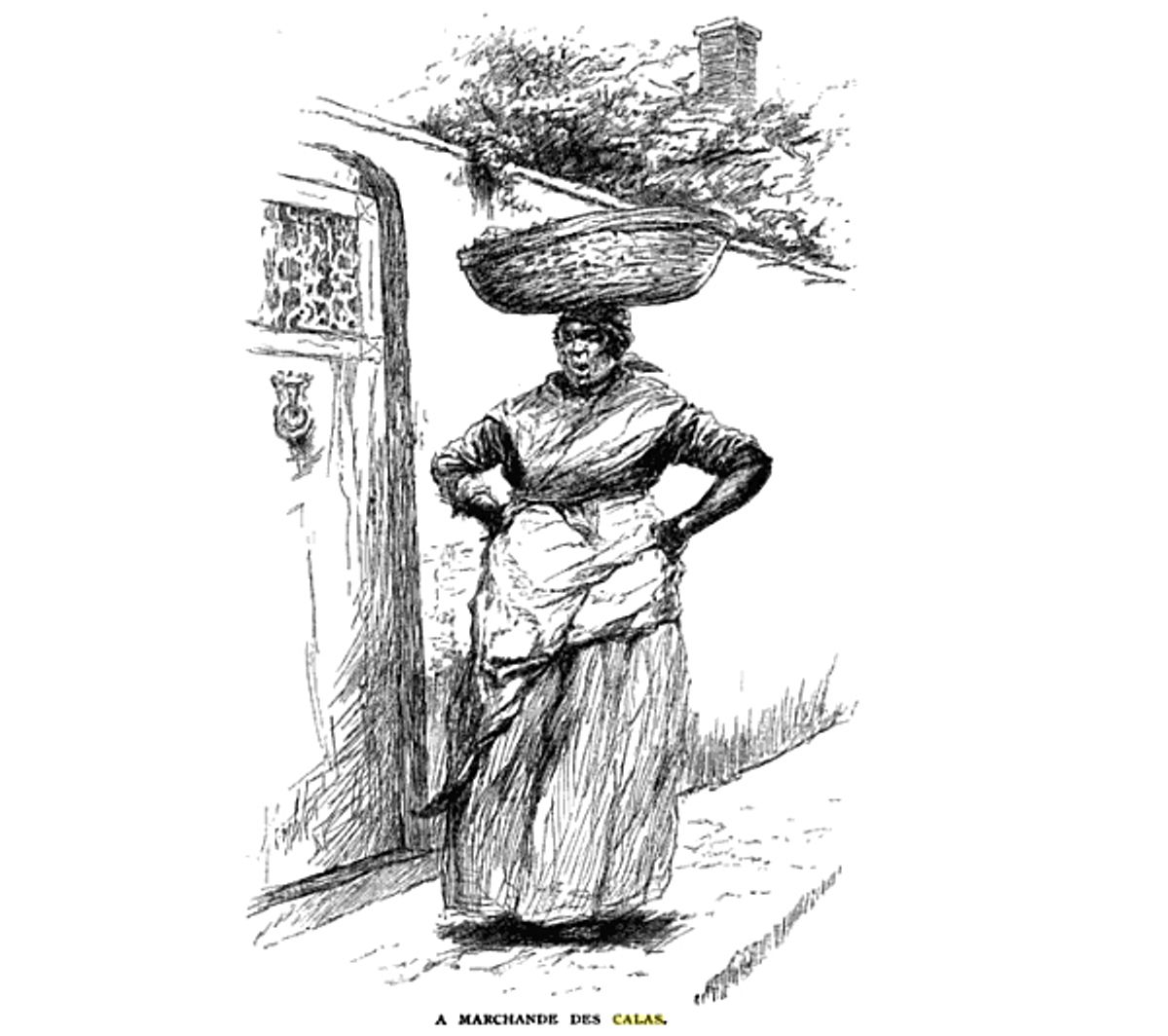 In 1987, Poppy Tooker was running a cooking school in New Orleans when the Audubon Zoo asked her to cook for an exhibition, because, well, in New Orleans, there can be no event without food. She served calas, a sweet rice fritter she picked up from one of her teachers, the Creole chef Leon Soniat. "They were delicious and fun to make, so I liked them, but I didn't know they were special," she told me.

An older black gentleman picked one up, walking away. He came back a few moments later, weeping. "My momma used to make these when I was a boy," he said to her. "I forgot all about them until now."

Poppy was intently inspecting her frying oil for heat as she told me this story from clear, easy memory. But then she looked up sharply. "You know," she said, "that calas brought that man's mother back to life for a moment."

But why had he forgotten about them? And why, despite being a life-long New Orleanian, had Poppy never heard of calas herself? So she looked into their history, and ever since, she has given lectures and classes with missionary zeal on how to make calas, and why we should celebrate their place on the American table.

"Calas came to New Orleans with the slaves from Ghana, where they grow rice," she told me. "Today, if you go there, you can still see people frying them, and they call them cala."

"Starting in the 1700s, calas vendors would stand outside St. Louis cathedral, waiting for church to let out. They had a call," Poppy said. She opened her mouth wide, as if singing, and recited, "Calas, calas, belle calas. Tout chaud!"

"She stood there, selling the calas from baskets perched on her head," she continued, visualizing the scene, describing the colonial class coming out of church in their Sunday finery, buying these treats. As Poppy told this story, I marveled at how she imagined herself into it, how she spoke as if she knew the calas ladies herself. But I guess being on the quest to spread this story for nearly 25 years will do that to a person.

"And here's why it's important. Before Louisiana became American with the Louisiana Purchase, it was the Code Noir that regulated all the roles and relationships between whites, free blacks, and slaves. And in the Code Noir, there were two important rules. One, all slaves had to have Sundays off, so many women would spend the day making and selling calas in the street.

"The other was that if slaves approached their owners and demanded to pay for their freedom, the owner had to accept. So it was with calas money that many slaves freed themselves," she said. "So this is an important dish! But during World War II the calas vendors disappeared because of food rationing, and they were mostly forgotten unless you had them at home."

I smiled, gladdened by this story, but later I learned that perhaps the history of calas and slavery was not so tidy. "This is slavery, dear," the scholar Jessica Harris said to me. "Histories of slavery are rarely tidy. It's complicated in this case, because there were lots of free people of color; not all calas vendors were enslaved. And the ones who were often sold them for their mistresses. If they were lucky, they were allowed to keep a portion of the money, or perhaps have it go towards their freedom."

The Code Noir, I also learned, was hardly a warm-and-fuzzy slave code, despite containing such charmingly progressive directives as forbidding owners from feeding their slaves a diet consisting only of rum. (Also charmingly, the first article in the Code Noir basically says "NO JEWS ALLOWED.") And it was technically not under the Code Noir that slaves bought their own freedom. "Remember," the writer and filmmaker Lolis Eric Elie reminded me, "for much of the colonial era, New Orleans was under Spanish rule, and the Spanish slave codes included the practice of Coartacion, which is what gave slaves the right to buy their own freedom. So there were calas vendors who freed themselves. (That stopped when Americans took over, though, who proposed instead that free blacks choose a master and re-enter into slavery.)"

Still, while the story might be somewhat less neat than suggested, for Poppy, calas also contain a larger truth.

"Lolis denies this," Poppy told me, "but he once said to me, 'I think if you have the calas tradition in your family and y'all think you're all-white folks, you have to look a little harder in your background.'"

I confess to wondering, when she said that, why this white woman had made the renewal of the calas her personal mission, even with its fascinating story.

"Two years ago," she said, "I was making them for a convention here, and a chef came to help me. Afterwards, he said, 'These brought me right back to my childhood!' I looked at him, surprised. He was as white as me! But then he said, 'My grandmother was black.'"

"That's the thing," Poppy continued. "Here, we're all so commingled. You would never know." I looked at her posters celebrating Rex, the King of Mardi Gras, and I understood what she meant. Sometimes blackness and whiteness matters less than being of this place, of New Orleans.