How food television is changing America

As TV gets another food channel, an expert explains how the medium revolutionized the way we think about cooking 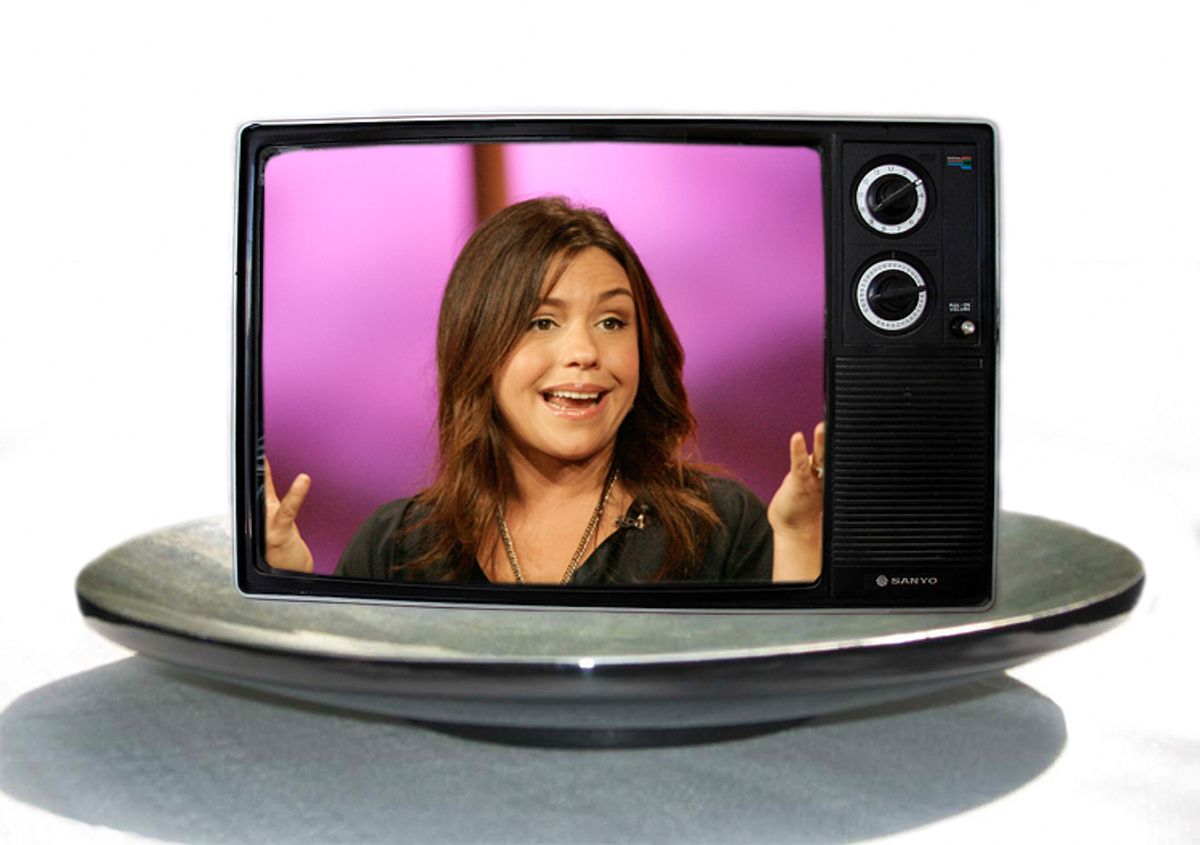 Watching cooking on TV doesn't seem to make much sense -- what, after all, is the point of seeing somebody fry vegetables if you don't even get to fill your belly? And yet, since Julia Childs' "The French Chef" premiered in 1963, the cooking show has moved from a niche educational program into mainstream American entertainment. In 1993, the highly successful TV Food Network, now just the Food Network, launched, giving Americans access to round-the-clock food-themed television. And in recent years, programs like "Top Chef" and "Hell's Kitchen" have not only been ratings hits for mainstream channels, they've managed to turn high-end chefs Tom Colicchio and Gordon Ramsay into full-fledged celebrities.

Americans' cable options are about to get a lot foodier. Last week, Scripps Networks, owners of the Food Network, announced that they'll be launching a second channel for food lovers called the Cooking Channel, on Memorial Day of this year. It will feature similar content to that of the Food Network, including shows by Rachael Ray and Bobby Flay.

But what does it say about American culture that we can't stop watching people stir pots, cut vegetables and make exaggerated "oohing" sounds while they eat? To find out, we called Krishnendu Ray, an assistant professor of nutrition and food studies at New York University, who has written about the meaning of food and television.

Does it surprise you that Scripps is launching this second food channel?

Everybody seems to agree that cable broadcasting is dying, but obviously the Food Network has been doing very well. It surprises me. The data shows that people are watching, but most of what we can say about food television and how and why it works is speculative, because there's very little research. We know very little of what audiences really do with food TV.

For me, food television is a respite from politics. I watch it so I don't have to watch CNN or MSNBC or Fox News, with their endless talking heads.

It also strikes me as a sign that people are talking and thinking more about food.

The popularity of food TV is a marker that food is leaving the home. Over the past 250 years, we have stopped making clothes at home. We've stopped making soap at home. Through food television, the act of watching people cook and consume food has escaped the confines of the household and become a site of public discussion. We talk about it, we blog about it, and it becomes public culture.

Is this a good or a bad thing?

I don't take the position that all this is bad necessarily. My sense is that we don't know. People argue about the differences between making food in the house and leaving the home to eat it. The assumption is probably correct that we consume more salt and calories when we're eating out.

Michael Pollan has claimed that we're now just sitting on the couch and watching TV food being cooked instead of making it ourselves. Food TV is one more sign that eating and cooking is becoming a more publicly visible thing, and whether that means we are doing more or less of it at home still needs to be studied.

Food television has increasingly come to include three kinds of shows: domestic ones in the morning, sports-style competition in the evening, and travel shows like "No Reservations" and "Cook's Tour," in which food is a form of travel. The biggest thing to happen to food TV over the last decade is the growth of the sports-style competition show -- from "Iron Chef" to "Chopped." They squeeze as much competition in as they can.

What's interesting to me is that these have become very established genres and they've become very predictable and tedious. Part of my surprise at the expansion of the Food Network is that nothing particularly interesting has happened to food television since the Japanese version of "Iron Chef." So much of American food entertainment is derived from that show. To find something different we need to look to other countries -- like Indian TV, or South Korean TV. Centers of empires do not produce cutting-edge genres and formats, margins do.

South Korea is a very interesting place. It's attuned to the grammar of American food and the aesthetics of American television. I recently watched "301/302," for example, which is a dark and despondent film about two neighbors and their relationship with food, and it's very stylish and cutting edge. It's like "Six Feet Under" with food. Our food programs tend to be cheerful and there's a limit to how much cheer you can take.

My students are also wondering if it's possible to marry the politics of sustainability with the drama and character development of what's happening on the Food Network. I think that might be the future, but is it possible to do that without destroying the attractiveness and naiveté and optimism of food television? I don't know.

Do you think that the rise of "Top Chef"-style competition shows has made the act of cooking more accessible to home cooks?

I think the rise of food television has meant a new prominence for culinary performers. On "Chopped," for example, chefs have to make an appetizer with four weird things, in 5 minutes. It's not something we replicate in real life. These skills are only needed and developed by professional chefs. We don't like watching sports when the people are as unskilled as us, and this is similar. We want to watch people with extraordinary skills.

Competition food shows develop rules to make cooking more watchable -- like in sports, you need rules -- but it also makes it less and less doable at home. Just like you and I don't play baseball anywhere near the professional level, and watching it convinces us more and more how bad we are. Increasingly, competition food shows are showing the mark of professional culinary performers, who often come from terrific culinary schools. The rest of us are just going to watch.

Many of the men that appear on food shows -- like Anthony Bourdain and Guy Fieri -- have a hypermasculine persona. It's almost as if they're overcompensating for the traditional feminine aura of home cooking.

There's this new idiom of old-fashioned masculinity; most of the men on food television are white boys behaving badly, playing with fire and knives, with a token woman, or person of color thrown in. Many competition shows use almost mythic structures, like WWE wrestling. It's a lot of theater. You have to suspend any claims of outside the TV reality; in some ways it's as silly to watch as WWE wrestling.

But Rachael Ray is one of the biggest names to come out of the Food Network -- and she's neither a man nor particularly skilled.

Rachael Ray is the necessary counterpart to all of that. She is not this super chef or a professional. She's the girl next door. She is clever and smart, in the sense that she can do well with limited skills. When she went on "Iron Chef," she came across as a nervous wreck: "Oh my God! I can't believe I did it!" That gives her a very attractive American story and she has a youthful kind of femininity that most young urban middle-class women like. It makes her attractive to women and some men.

I think it is amazing how many disdainful comments I've heard from chefs about Rachael Ray. They call her a little girl in a tank top with no skills. But they're missing the point. That's precisely why she works.

Absolutely. They are upwardly mobile. They've overcome their tragic back stories. Nigella's husband died, and she has to raise kids and has this gorgeous English accent and a voluptuous body. Their lesson is: You play with the hand that is dealt to you.

How do you watch food television?

I cook almost every evening with my son and eat with him invariably in front of the TV, which of course is a sign of a number of things: our falling moral standards, bad parenting, good food, and having great fun while channel surfing. We watch the History Channel, the Food Network.

TV screens and computer screens and things like the Food Network are a part of our life now, and the question is: How are we going to deal with it? We're getting a much more individualized relationship with food and TV. We're no longer following the socially constituted norms when it comes to consuming food, which is to sit down at the dining room table, shut up and eat. It allows us to reimagine our relationship with each other, and with food. That is what I'm trying to do with my son.