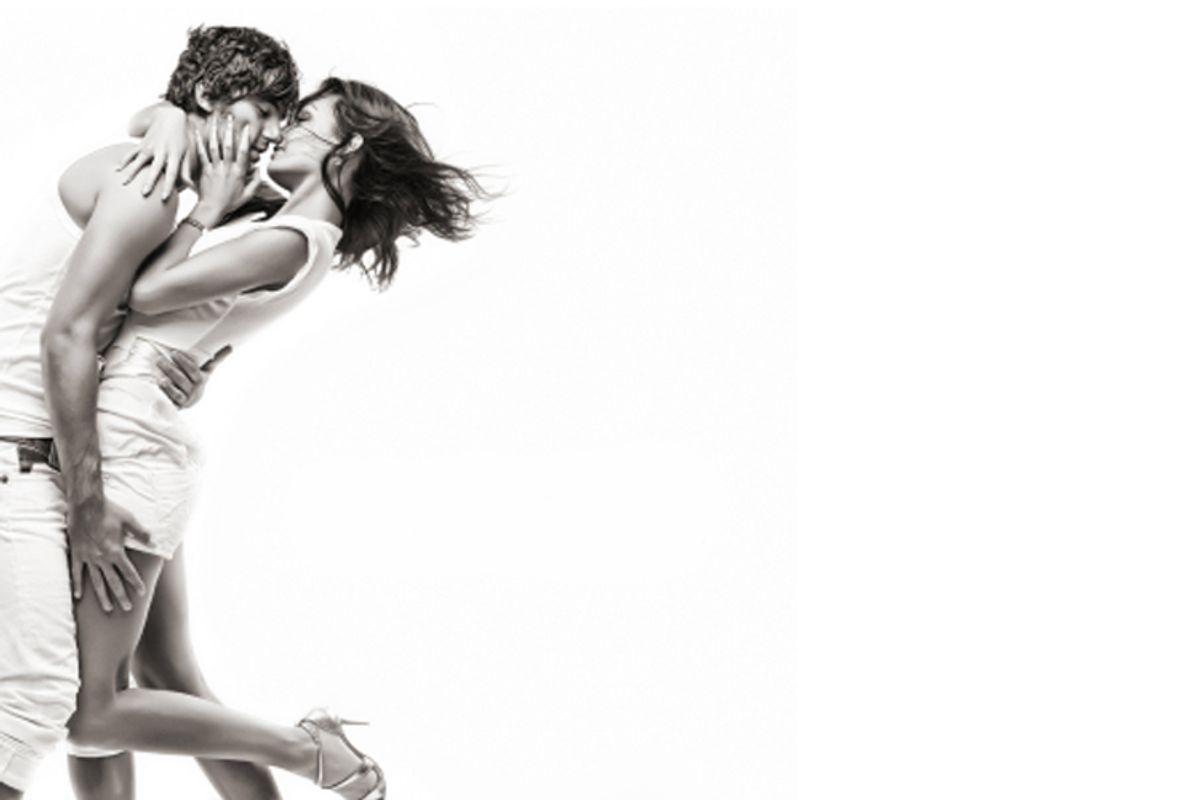 Is "hook-up culture" a demeaning, destructive thing for girls and young women that would best be remedied by a return to traditional values? Or is it no big deal, the new normal, just something you're too old to understand? That argument never seems to end, despite recent evidence that casual sex does not, statistically speaking, ruin young women's lives.

Problem is, statistics don't tell the whole story.  Rachel J. Simmons, author of "The Curse of the Good Girl" and advice columnist for Teen Vogue, says she gets letters all the time from teenage girls who are miserable just hooking up -- and for the sake of their emotional health, something's got to give.

"The girls describe themselves as 'kind of' with a guy, 'sort of' seeing him, or 'hanging out' with him," writes Simmons. "The guy may be noncommittal, or worse, in another no-strings relationship. In the meantime, the girls have 'fallen' for him or plead with me for advice on how to make him come around and be a real boyfriend." She worries that these letters "signify a growing trend in girls' sexual lives where they are giving themselves to guys on guys' terms." Noting that sociologist Kathleen A. Bogle found similar stories when she interviewed college-age women for her book "Hooking Up: Sex, Dating and Relationships on Campus," Simmons suggests that maybe the "old school rules" of dating "made more space for a young woman's feelings and needs" and wonders, "What, and who, are we losing to the new sexual freedom? ... Is this progress? Or did feminism get really drunk, go home with the wrong person, wake up in a strange bed and gasp, 'Oh, God?'"

OK, that was funny. And I do think Simmons is talking about a real problem here -- specifically, "if [girls] get too comfortable deferring to 'kind of' and 'sort of' relationships, when do they learn to act on desire and advocate for themselves sexually?" -- but I certainly don't think feminism is the culprit, nor do I even think "hook-up culture" is. I think young women are different -- from each other, and often enough from their past and future selves -- so it's pointless to keep discussing whether casual sex is All Good or All Bad for them. Here's a thought: Maybe "hooking up" is terrific for some, terrible for others, and somewhere in between for the rest? Sort of like getting married or having children or going into engineering or riding roller coasters or owning a dog or eating sushi -- or any other subjective experience? Maybe?

But if we stopped looking at "hook-up culture" as intrinsically good or evil, then what about those young women Simmons and Bogle describe -- the ones who feel pressured into accepting arrangements they don't want? Well, here's another thought: What if we focused on teaching girls to "act on desire and advocate for themselves sexually" instead of fretting about an entire generation being ruined by meaningless blow jobs, or longing for a time when the dating "rules" were simpler? (I suppose things were significantly less complicated when rape was a "bad date," women were expected to decline sex even when they wanted it, the only acceptable options for pregnant teens were immediate marriage or temporary disappearance, reliable birth control was difficult to come by, ignorance about STIs was rampant, intimate partner violence was strictly a private matter between two people, etc. Sometimes -- I'm just throwing this out there -- a little additional complexity might not be a bad thing.)

From where I'm sitting, the problem that needs solving isn't hook-up culture, but the intense pressure on girls and women to focus on getting and keeping a guy, rather than on getting and keeping whatever they want. Media aimed at the female of the species from adolescence on up hammers on a few simple messages. 1) If you're not heterosexual -- or for some other reason don't see landing a boyfriend as your primary purpose in life -- you don't exist. 2) Landing a boyfriend is about understanding What Guys Want and doing whatever it takes to become that. 3) Keeping a boyfriend is about continuing to be What Guys Want, and if your relationship fails, it's probably because you did something Guys Hate.

Seventeen magazine, for instance, helpfully offers a list of 23 things Guys Hate (sample behaviors: crying, burping, talking about your problems) along with bona fide male answers to burning questions like, "What's your biggest turnoff?" "What's your favorite hairstyle on a girl?" "What's the biggest dealbreaker on a first date?" And, I kid you not, "What's the hottest after-school activity a girl can do?" Once they're a little older, young women can turn to Glamour to learn "10 things your man never needs to know," "15 love rules for single women," "10 ways to seduce your man in 10 seconds," "What he really thinks of one-night stands" and of course, "What to do when he's afraid to commit." (Sample advice: "What can you say that won't scare him away? Nothing.")

If magazine articles don't provide quite enough detail about how to be What Men Want, then there's the self-help aisle. You could start with something like "Make Every Man Want You: How to Be So Irresistible You'll Barely Keep from Dating Yourself!" Every man, ladies! Not just one or two -- all of them. Gay, partnered, married, not your type, too young, too old, selfish, addicted, abusive, sociopathic -- if you become What Men Want, sexual orientation, personal tastes, geographical boundaries, language barriers and anything else that has henceforth prevented you from attracting every man is out the window! You might also check out "Date Like a Man: What Men Know About Dating and Are Afraid You'll Find Out." Because, see, all men know the rules of attraction, but there's no logical reason they'd ever reveal those to potential partners; relationships are intrinsically adversarial. Men hate falling in love, making commitments, living with women, having someone who's always there for them, getting to know a partner deeply, and all that other girly shit. They do like sex, though. That's their weakness. And if you find out the Secret Dude Dating Rules they are desperately trying to hide, there is a good chance you could trick them into having sex with you on a permanent basis! Still confused? Then the twice-divorced Steve Harvey is here to help with "Act Like a Lady, Think Like a Man: What Men Really Think About Love, Relationships, Intimacy, and Commitment." If, after all that, you still can't figure out What Guys Want, then I'm not sure what to tell you.

Except maybe, I don't know, find a guy you like and ask him what he wants, on the assumption that he is not, in fact, completely interchangeable with every other man in existence? And tell him what you want, recognizing that if your desires and needs aren't going to be met, he is probably not the guy for you? And if that doesn't work out, find an entirely separate human being and try again with the talking about what it is you both want? Maybe?

The problem facing these girls writing to Simmons is not that "hook-up culture" has completely destroyed dating, mutual respect, love and commitment. It's that the girls in question don't feel comfortable admitting what they want. They've been taught that saying "I want a relationship" or "I'm falling in love with you" will terrify any red-blooded American male -- that is so not What Guys Want! -- so young women who are interested in something more serious are terrified of being alone and completely unwanted if they say so. They've been taught to value male attention so much (if you're hooking up, at least you can be reasonably certain someone thinks you're pretty) and their own desires so little, that when they're not getting enough out of a relationship, their first thought is "How can I change so he'll want me more?" instead of, "Well, this isn't working -- I'm going to end it and look for a better match." They've been taught that if they're unhappy with a guy, it's probably because they're making Common Dating Mistakes, not because true compatibility is maddeningly uncommon -- or because, get this, guys make mistakes, too.

If we stopped telling girls and women how to be What Guys Want (But Would Totally Never Tell You Because Ew, Feelings Are For Girls) and started telling them that what they want matters, that every sexual and romantic partnership from a hook-up to a marriage can be fantastic if you both want it and miserable if one of you really doesn't, then maybe the ones who want relationships wouldn't get stuck waiting for guys who don't to fall for them. And meanwhile, the ones who enjoy exploring their sexuality more casually would be free to do so without being slut-shamed, and the ones who don't want guys at all wouldn't be erased from the picture entirely. If we encouraged girls and women to place real value on their own desires, then instead of hand-waving about kids these days, we could trust them to seek out what they want and need, and to end relationships, casual or serious, that are unsatisfying or damaging to them, regardless of whether they'd work for anyone else. (While acknowledging, of course, that to some extent, heartbreak and romantic regrets are an inevitable part of growing up.)

The thing is, if only one kind of dating "culture" is acceptable at any given time -- whether it's hooking up or old-fashioned courtship -- then anyone whose desires don't fit the mold will be left out. But if we teach all kids that there's a wide range of potentially healthy sexual and emotional relationships, and the only real trick (granted, it's a doozy) is finding partners who are enthusiastic about the same things you want, then there's room for a lot more people to pursue something personally satisfying at no one else's expense. Doesn't that sound better than trying to turn back the clock?