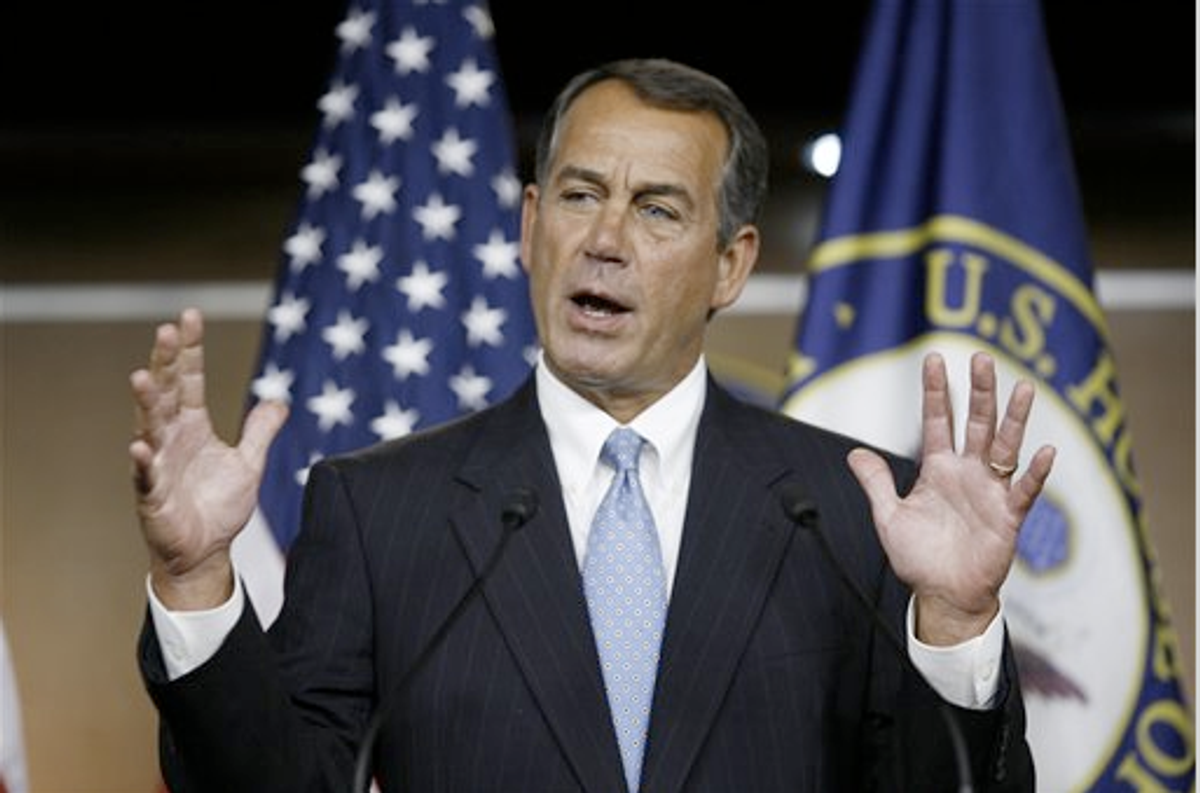 Liberal group MoveOn.org isn't really endorsing House Minority Leader John Boehner, R-Ohio. The group doesn't usually back Republicans, and it's not exactly about to make an exception for someone like Boehner.

But in a new ad, Move On is at least mockingly pretending to endorse Boehner -- on behalf of insurance companies.

"As House minority leader, and a favorite of the insurance industry, John showed the courage to stand up for the big guy," the ad's narrator says. The spot concludes with the narrator saying, "John Boehner: The right choice for Ohio -- I mean, uh, health insurance companies."

This is, by the way, yet another sign of just how much populist messages are likely to dominate this election season.