Only two senators since 1984 have overcome the deficits that Harry Reid, Arlen Specter and Blanche Lincoln now face 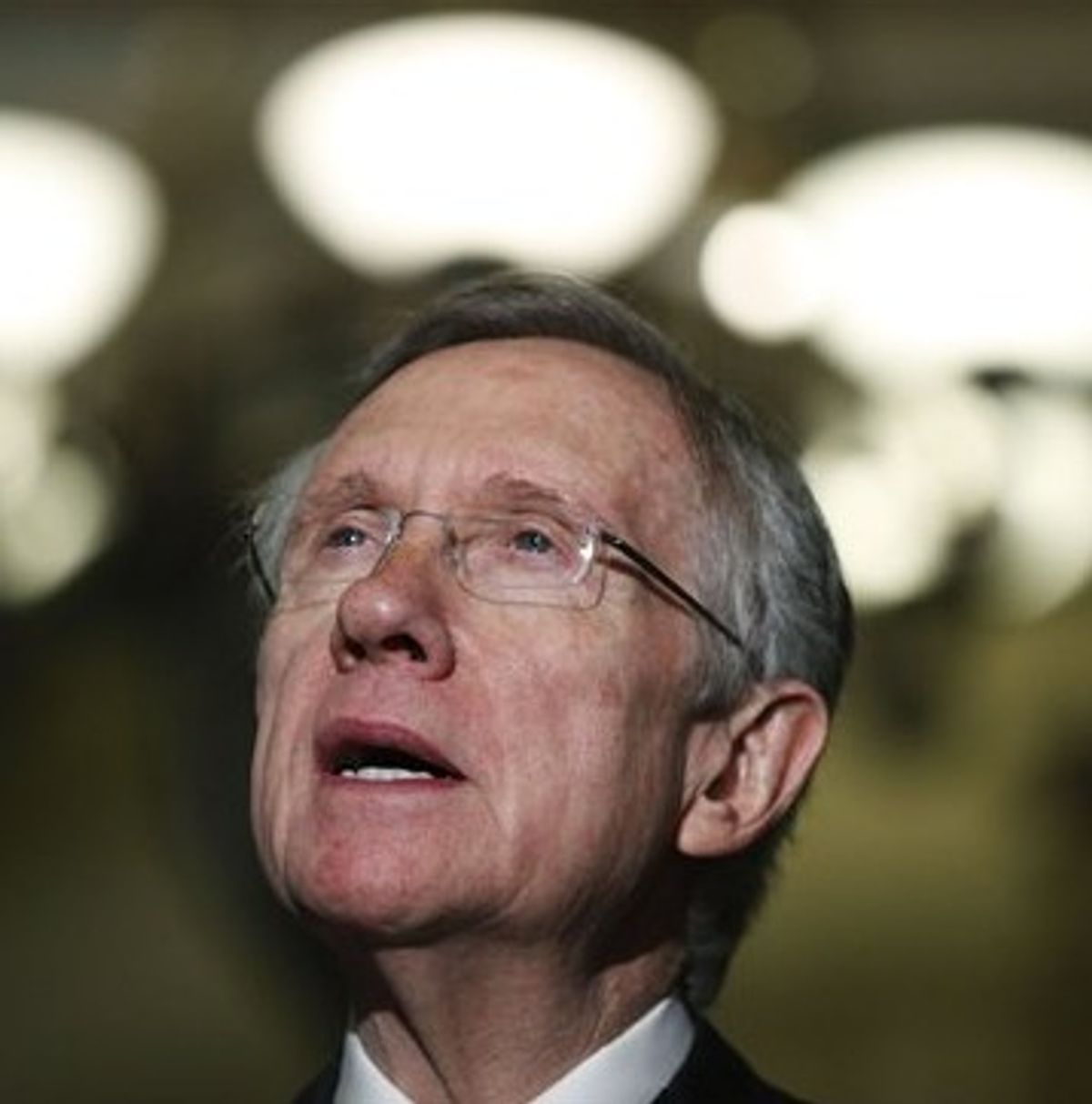 Asked about Harry Reid’s reelection prospects on MSNBC recently, a sympathetic Las Vegas newspaper columnist quipped that "we call him Landslide Harry, which basically is a term that recognizes that he never really wins races by very much. It's not unusual that he's being challenged and that the polls are where they are here."

It’s true that Reid, the Senate majority leader, has had some close calls in the past -- like when he edged out then-Rep. John Ensign by a scant 428 votes in 1998. But there was a big difference between that race and this one: Reid wasn’t running from behind.

At the end of February '98, an independent poll actually put Reid 9 points ahead of Ensign, 45 to 36 percent. By contrast, the three most recent independent polls this year have shown Reid trailing the current GOP front-runner, Sue Lowden, by 6, 9 and 10 points. (Although there’s also a recent poll that showed the gap narrowing when a third party candidate from the tea party movement was included.)

When it comes to polling, Reid is actually in unique -- and ominous -- territory for an incumbent senator. A Salon review found that since 1984, 10 Senate incumbents have found themselves consistently trailing by significant margins at this stage of the campaign -- and eight of them were defeated in November.

The only two survivors were Jesse Helms, who beat out then-North Carolina Gov. James Hunt in 1984, and New York’s Alfonse D’Amato, who battled back to defeat Robert Abrams in 1992. Some of the others managed to chip away at deep gaps, but all of them lost in the end. (By this point in 1984, Helms was running roughly even with Hunt, but polling in 1983 had placed him more than 20 points behind.)

This doesn’t portend well for Reid, or for the two other Democratic incumbents who are now facing similar (or worse) poll numbers: Pennsylvania’s Arlen Specter (who trailed Republican Pat Toomey by 10 points in a poll released this week) and Arkansas’ Blanche Lincoln (who is running about 20 points behind Rep. John Boozman).

Nor does the Helms example offer much of a survival model for them: The polarizing North Carolinian benefited from the coattails of Ronald Reagan, who carried his state with more than 60 percent on Election Day ’84. Reid, Specter and Lincoln will get no such help from the top-of-the-ticket this year.

The D’Amato case is slightly different. His campaign was saved by the combination of an ugly Democratic primary between Robert Abrams and Geraldine Ferraro and by Abrams’ self-destruction in the fall campaign (he called D’Amato a fascist at one point). Reid, Specter and Lincoln will need a break like that to survive this year. Because without one, history suggests there’s not much they can do.

Rozina Ali contributed to this story.