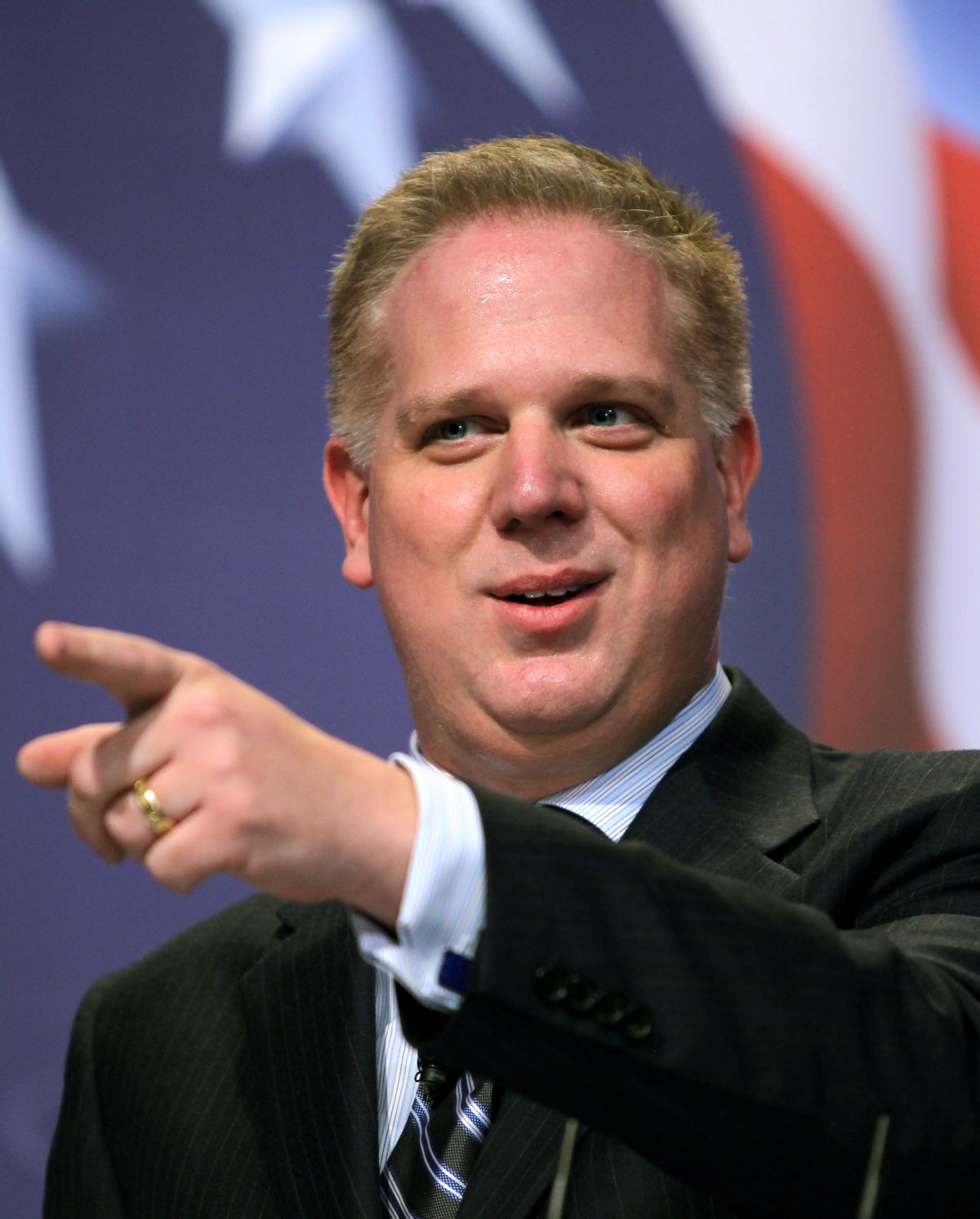 Let’s pause and give thanks to Glenn Beck.

No, seriously -- because that's what he's due.

We owe this talk-show-host-turned-political-leader gratitude for using his televised keynote address to the Conservative Political Action Conference to so frankly outline what the conservative movement has become -- and why it repulses so many Americans.

Coming days after an anti-tax terrorist kamikaze-attacked a government facility in Texas, and following Republicans like Sen. Scott Brown and Rep. Steve King expressing sympathy for that terrorist's grievances, Beck's homily stands as the moment's most forthright manifesto on the right's authoritarian objectives.

Beck began his speech posing as a libertarian against "big government." Notice that most Republican icons are now doing this, though not all resemble Beck -- not all of them previously pushed the big-government Patriot Act or the even-bigger-government bank bailout.

From there, Beck worked up a drenching sweat, criticizing Theodore Roosevelt's notion that we should make sure the accumulation of wealth is "honorably obtained" and "represents benefit to the community."

His porcine complexion verging on crimson, Beck called that concept of "community" a "cancer" that "is not our Founders' idea of America" -- somehow forgetting the notions of community and solidarity inherent in the Founders' "Join or Die" motto.

But ignorance, no matter how embarrassing, doesn't get in Beck's way. To wild applause, he labeled this alleged tumor of "community" the supposedly evil "progressivism" -- and he told disciples to "eradicate it" from the nation.

The lesson was eminently clear, coming in no less than the keynote address to one of America's most important political conventions. Beck taught us that a once-principled conservative movement of reasoned activists has turned into a mob -- one that does not engage in civilized battles of ideas. Instead, these torch-carriers, gun-brandishers and tea partiers follow an anti-government terrorist attack by cheering a demagogue's demand for the physical annihilation of those with whom he disagrees -- namely anyone, but particularly progressives, who value "community."

No doubt, some conservatives will parse, insisting Beck was only endorsing the "eradication" of progressivism but not of progressives. These same willful ignoramuses will also likely say that the Nazis' beef was with Judaism but not Jews, and that white supremacists dislike African-American culture but have no problem with black people.

Other conservatives will surely depict Beck's "eradication" line as just the jest of a self-described "rodeo clown" -- merely the "fusion of entertainment and enlightenment," as his radio motto intones. But if Beck is half as smart as he incessantly tells listeners he is, then he knows it's no joke.

In a melting-pot nation of slave descendants and immigrant refugees haunted by ancestral memories of despotic violence, Beck is deliberately employing coded and menacing language, warning his opponents not to believe Sinclair Lewis' refrain that such horror "can't happen here." Beck wants adversaries to know that it can and it will -- to them, and at his movement's hands.

Really, the threat isn't even veiled. To understand it, just ponder comparisons. For instance, ask yourself: What is the difference between Beck's decree and that of Rwanda's genocidal leaders in the 1990s? The former broadcasted a call to "eradicate" the "cancer"-like progressives; the latter a call to "exterminate the cockroaches." Likewise, what separates Beck's screed from a bin Laden fatwa? They may employ different ideologies and languages, but both endorse the wholesale elimination of large groups of Americans.

And so we finally see tyranny's hideous image within our midst: It’s not a tightly cropped mustache in a beige uniform; it’s a clean-shaven baby face in a suit -- a rodeo clown with a chalkboard who unfortunately speaks for modern-day conservatism.

We should thank him, at least, for admitting what his movement truly wants.