A game of smash mouth, and the country with the most at stake saves face 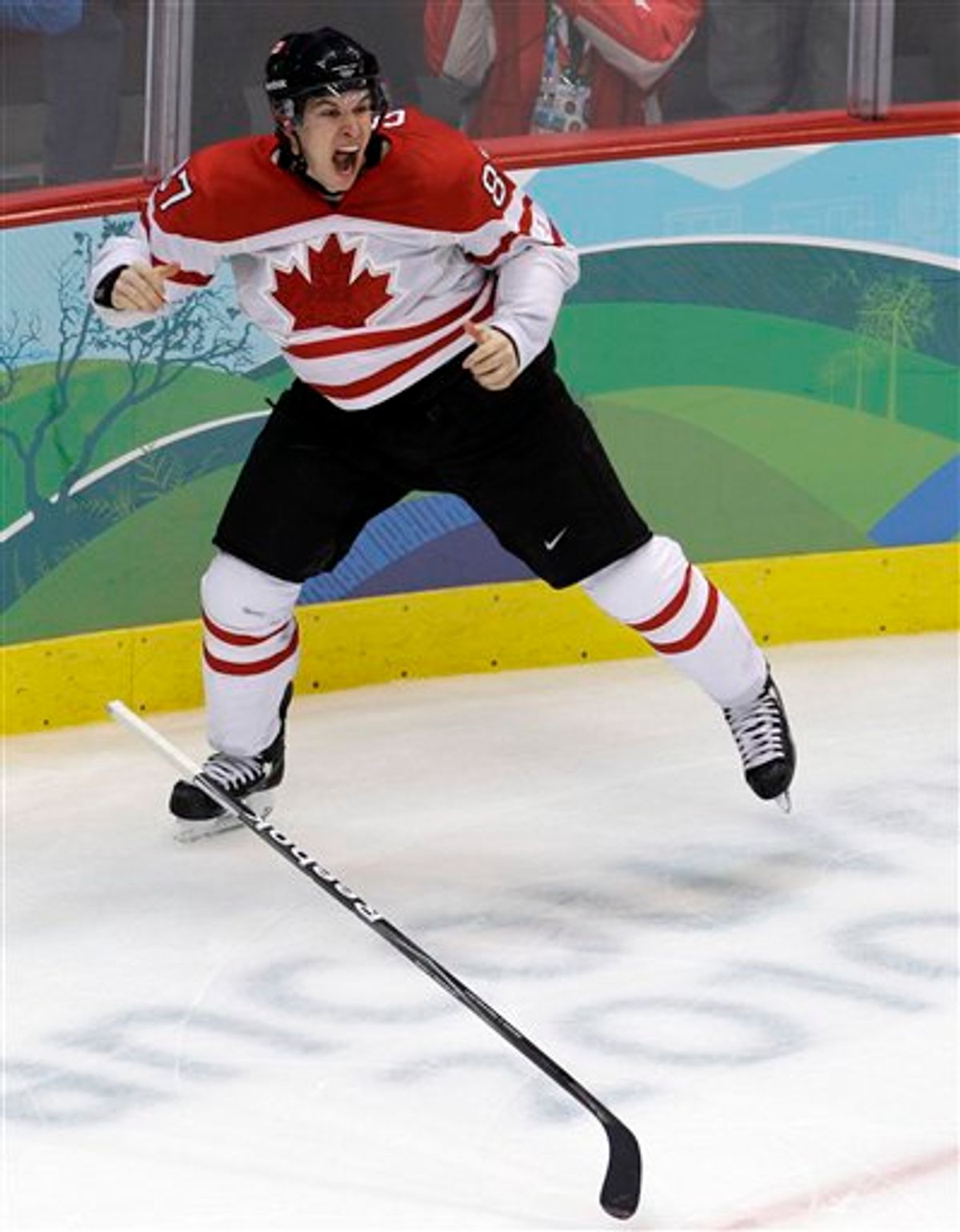 "A lot of people," said NBC's Al Michaels in the commentary preceding the men's Olympic hockey final between the U.S. and Canada, "are going to watch this game who don't normally watch a lot of hockey." That would be me. The last time I watched a hockey game from beginning to end was the 1980 U.S. victory over the Russians at Lake Placid -- and that was on replay, the day after the game. And I still haven't watched a live telecast of a hockey game that I wasn't paid to cover.

"If you're over 30, you know where you were on that night in 1980," said NBC's Mike Emrick. I certainly remember where I was. I was watching "Saturday Night Live" when the host, Elliott Gould, came out at the beginning of the show and announced to the crowd that we had beaten the Russians. That was my first indication that we were even playing the Russians.

So, granted, I'm not the most knowledgeable writer one could pick to cover hockey, a sport that I once called "God's gift to white boys with no athletic talent," but then I'm precisely that demographic NBC was trying to attract. And, honestly, after some effort, I think I did figure out hockey pretty good.

As one of St. Louis' great amateur hockey players, Yogi Berra, once noted, "You can observe a lot just by watching." Here's some of the things that I observed:

I learned, for instance, that if you can't actually follow the puck, as I couldn't -- why in hell can't they give it some video Day-Glo like they do for the first down marker in football? -- all you have to do is watch the direction in which four or five guys all skate at the same time. They'll find the puck for you. I finally figured out how to tell when someone scores. Since you can't see a damn thing looking at those scrums in front of the net, just wait for someone to wave his stick in the air.

I also learned that when America plays Canada, most of the coaches and players -- Burke, Boyle, Doyle, Dowdy, Crosby, Ryan, Malone, Callahan, Drury, Thornton, to name just some of the standouts -- sound like they should be playing for the Irish national team.

No matter how carefully I observed, though, there were still some things I didn't understand. For instance, color man Eddie Olczyk said before the game that the Canadians had a "strong home ice advantage." Why, I wondered, if the people of Vancouver were really behind it, where were the Chinese, who are practically the only people I saw when I went to Vancouver.

And speaking of advantages, doesn't the Canadian team always have an advantage over the American team? Since Canada is frozen 12 months out of the year, they can practice whenever they want to. (We've only got maybe three months out of the year, four tops.) One announcer even mentioned that one of the American players played for a team in Tampa Bay: How much practice time could he get in during the year?)

Still, and though I don't really have much to compare it to, it seemed like a great game to me. Like one commentator said, "There's a lot of hockey going on here." I can tell you it was real "black and blue hockey." Genuine smash mouth, Katie-bar-the-door hockey. (I picked up those phrases from the commentators and intend to use them every time I cover hockey for the rest of my life.)

I learned that "you have to be physical" to win at hockey -- teams that emphasize the mental aspect of the game apparently don't ever make it to the finals -- and that, most of all, "You've got to keep playing until you hear a whistle."

You don't have to know hockey to appreciate comebacks, which is what Team USA did after dropping back 2-0, roughly the equivalent of being down about 35-0 in football. Then, in overtime, before you could say Genevieve Bujold, John Candy and Neil Young, Sidney Crosby scored the winning goal and President Obama lost a case of Molson to Stephen Harper. (And just watch what Fox News makes of that.)

After the game, one of the TV commentators asked Crosby, "How much do you think this game means for hockey in North America?" I don't remember exactly what he said, but I already knew the answer. To Canadians, hockey matters more than beer and doughnuts for breakfast, but to Americans almost nothing -- unless we win.

In fact, sometimes nobody remembers when we do win. In Squaw Valley in 1960, in the thick of the Cold War, the U.S. team beat the Russians and Canadians and won the gold medal. They were the first and only U.S, Olympic hockey team with a perfect record -- the 1980 team had a tie with Sweden. I must have heard a dozen references to the so-called "Miracle on Ice" team during Sunday's broadcast, but I don't recall a single mention of the 1960 "Forgotten Miracle" team.

I also think the game would have meant more to me if there had been something more than a case of Molson at stake -- if, for instance, the U.S. Congress would have been forced to admit to the Canadian Parliament that they had the better healthcare system. I also would have enjoyed it more if hockey players had taken a page from the figure skaters: about midway through the second period I figured out it was the Canadians wearing white jerseys with a red maple leaf while the U.S. was in dark blue. But I think it would have been great if, within those color schemes, the players had been left to design their own uniforms. I'm sure Johnny Weir could have made some suggestions.

In the end, considering how important the game was to Canada, I was a little disappointed that the Canadian men didn't party on ice with champagne, beer and cigars, like the Canadian women did a few days earlier when they beat the American women to win the gold. Instead they were glancing at their watches as if they were going to miss their airline connections to their NHL games tomorrow. Canadian guy boob-bumping! Avery Brundage would have spun in his grave.