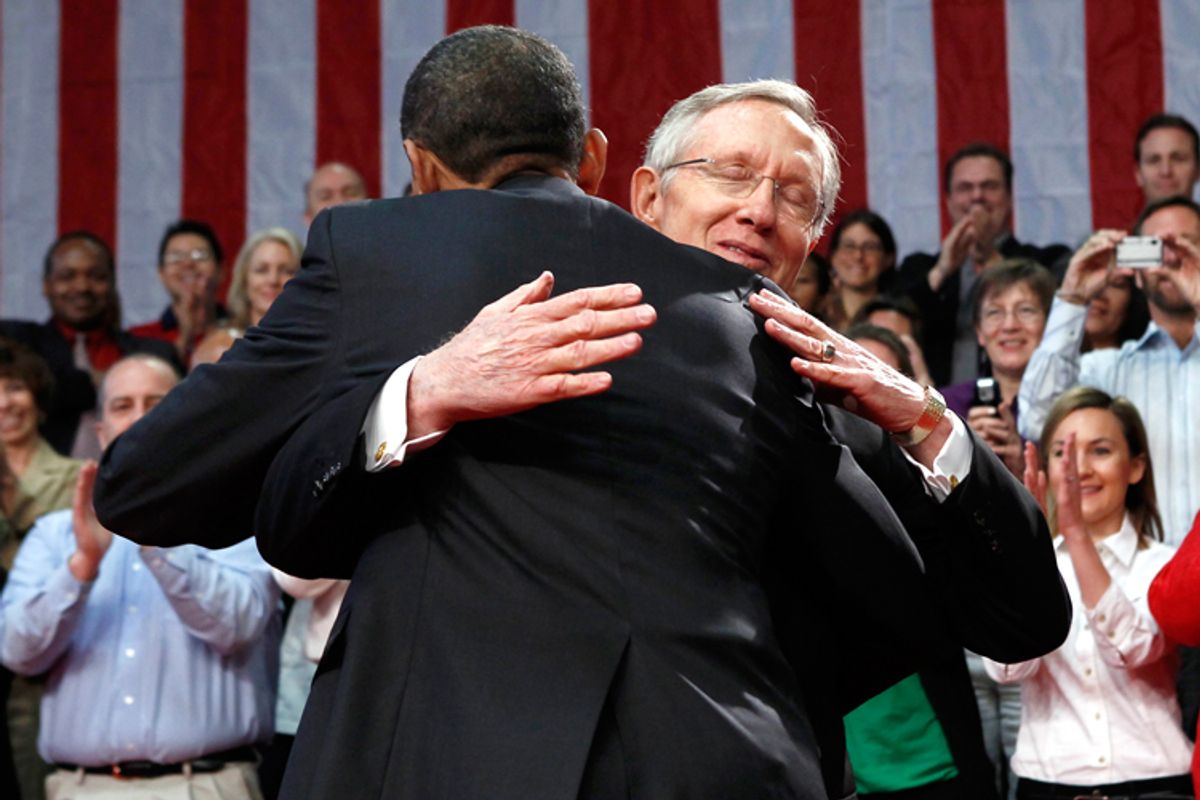 President Obama gets a hug from Senate Majority Leader Harry Reid at a town hall style meeting in Henderson, Nevada on February 19.
--

Senate Majority Leader Harry Reid's reelection campaign is in a bad way. Things are bad enough for him, in fact, that President Obama made a special trip to Nevada last month in order to campaign for him.

At the time, we here at Salon predicted that even a visit from Obama wouldn't do much for Reid. In this post-machine politics era, endorsements just aren't that efficient at moving votes. Sure, the president can help someone like Reid raise money -- though a lack of funds isn't the majority leader's problem, not by a long shot -- but that's about it.

That prediction seems to have been borne out. Over the weekend, the Las Vegas Review-Journal released the results of a poll that Mason-Dixon conducted on its behalf. The survey shows little change in Reid's numbers -- he's still trailing badly behind two of his potential Republican challengers, and is just a bit behind a third, less-likely possible GOP opponent. Moreover, only seven percent of those surveyed said Obama's visit made them more likely to vote for Reid, while 17 percent said it had made them less likely to vote for him.