The Republican noise machine, from Beck to McCain, loves David Walker. But now he is rejecting their rigid ideology 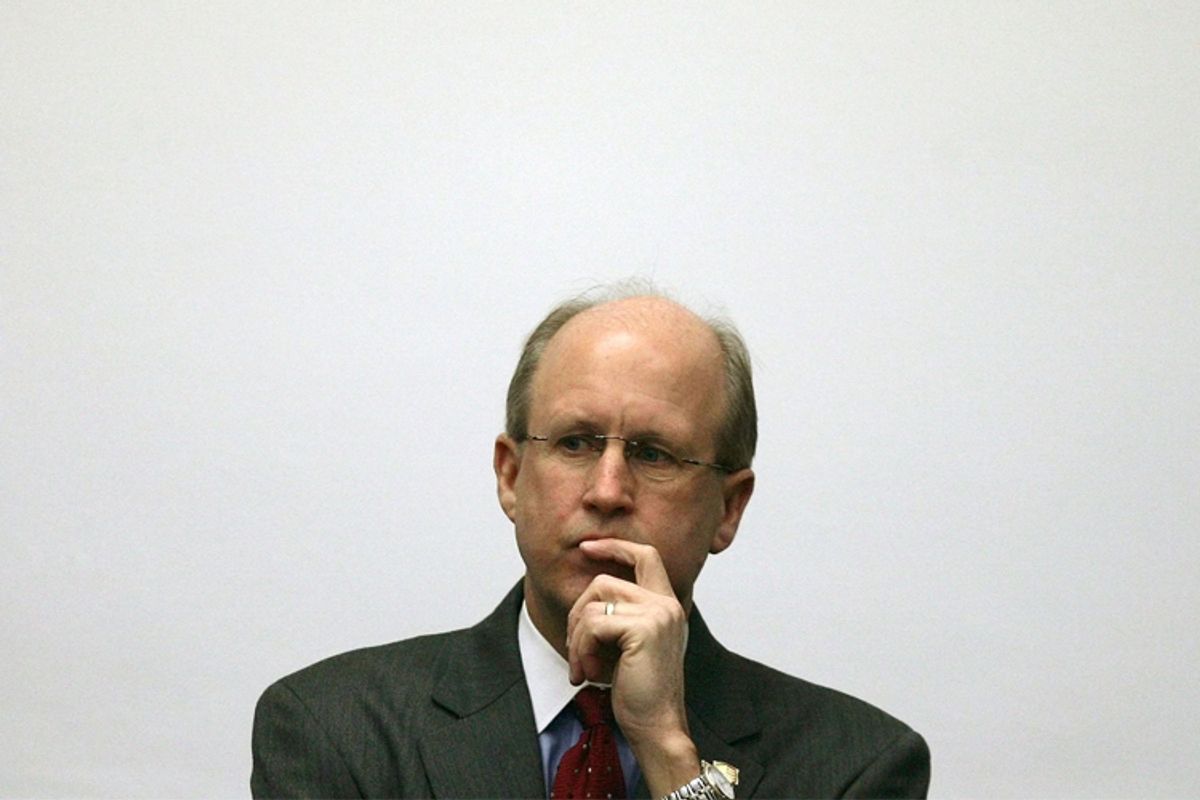 Whenever conservative lobbyists, tea-party fanatics and Republican politicians start  to scream about government spending, which is almost every day now, the authority they cite most confidently is David M. Walker. The former comptroller general and GAO chief has bipartisan credentials and the backing of billionaire Pete Peterson, who has put his personal fortune behind Walker’s warnings about an America doomed by debt and deficits.

From Glenn Beck and his followers to John McCain, Walker is the favorite expert of the harshest critics of the Obama administration’s stimulus spending (and any other federal effort to increase employment). During his presidential campaign, McCain promised that if elected, he would hire Walker to help balance the federal budget.

As for Beck, he has conducted more than one fawning interview with Walker; in fact, the excitable Fox News personality hosted him two weeks ago to discuss his latest book, titled "Comeback America." Beck clearly feels that Walker’s worries about fiscal balance somehow support his own demagogic predictions.

But Walker’s fans on the right may not be so quick to mention his latest insight, for as he reveals in an important essay he co-authored with Lawrence Mishel of the Economic Policy Institute, he now believes that employment is the overriding issue that must be addressed before any attempt to reduce deficits.

Mishel and Walker explain that the only way to bring spending back in line with revenues is to stimulate growth and employment. The entire piece is well worth reading, especially because the authors come from different sides of the political divide, but these paragraphs summarize their argument well:

Though a concern, most of the recent short-term rise in the deficit is understandable. Furthermore, public spending can help compensate for the fall in private spending, and help stem the pain of substantial job losses.

With more than a fifth of the work force expected to be unemployed or underemployed in 2010, there is an economic and a moral imperative to take action. Persistently high unemployment drives poverty up, makes it harder for families to find decent housing, increases family stress and, ultimately, harms children’s educational achievement. For young workers entering the workforce, the current jobs crisis reduces the amount they will earn over their lifetime.

In deep recessions, businesses tend to make fewer critical investments in research and development that can improve our economy’s productive capacity over the long term. Entrepreneurs usually find credit hard to obtain if they want to start a new business. These factors hurt U.S. global competitiveness and growth potential.

That’s why we agree that job creation must be a short-term priority. Job creation plans must be targeted so we can get the greatest return on investment. They must be timely, creating jobs this year and next. And they must be big enough to substantially fill the enormous jobs hole we’re in. They must also be temporary — affecting the deficit only in the next couple of years, without exacerbating our large and growing structural deficits in later years.

So government must create more jobs now, for economic as well as moral reasons. The current deficit matters much less than growing the economy out of recession. And the nation's future depends on spending more, not less.

All this is precisely the opposite of current Republican policy and conservative ideology, including the imbecile slogans of Beck and his tea-party drones. If the Democrats were any smarter, they would bring Walker up to Capitol Hill to tell them why federal jobs spending is imperative -- and then we would see what Beck, McCain and the rest of the wingers would say about the wisdom of their erstwhile idol.