It's the Democrats' House, but the map belongs to the GOP

To take back the House this fall, all the GOP really has to do is win the seats it should already be winning 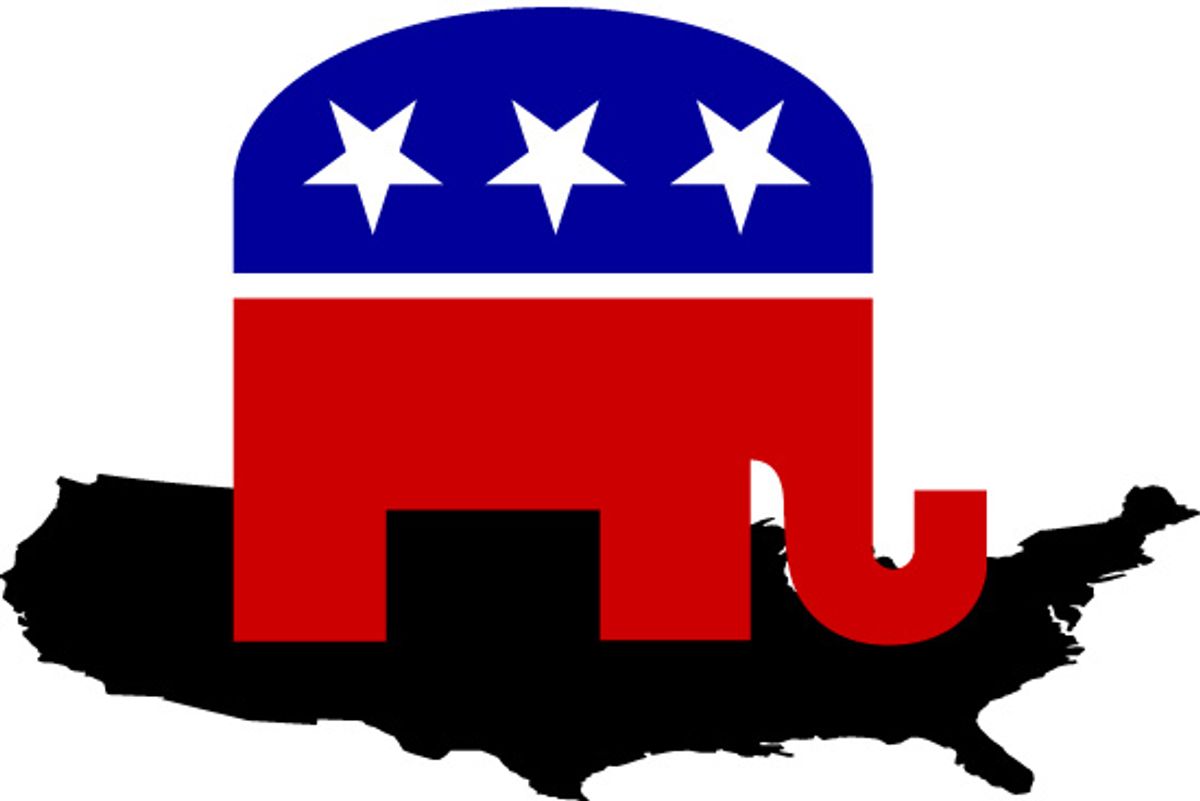 Republicans have a secret weapon in their bid to win back control of the House of Representatives this fall: low-hanging fruit.

An astounding number of Democrats – 68, to be exact – currently represent districts that are “naturally” Republican, while only eight Republicans hail from Democratic districts. With the national climate already favoring them – thanks to surging unemployment and popular frustration with the ruling Democrats – this imbalance creates the potential for an extra-large GOP wave in November.

These numbers are based on the nonpartisan Cook Political Report’s Partisan Voting Index, an excellent barometer of a congressional district’s partisan leanings. A district’s PVI is derived by comparing the performance of presidential candidates nationally with how they do in each district. So if a district has a PVI of D+4, for instance, it means that the Democratic presidential candidate performed 4 points above his national average in the last two cycles.

Of the 68 Democrats who represent GOP-friendly districts, a whopping 43 are from districts where the PVI is R+5 or greater. Much of this imbalance can be chalked up to the 2006 and 2008 elections, when Democrats harnessed the nation’s profound Bush fatigue to make impressive incursions into GOP territory.

In the 108th Congress, which was seated after the 2004 election, there were 28 Democrats from Republican-friendly districts and 23 Republicans from Democratic districts. Just two years later, after the ’06 election, there were 48 Democrats from GOP districts, and only 14 Republicans from Democratic turf. The ’08 election brought the ratio to the current 69-to-8, with the recent death of John Murtha (whose Pennsylvania district is scored as R+1) reducing it to 68-to-8.

In essence, then, the gains that Republicans make this fall will come from winning back districts they should already control, and that they did control before the last two elections.

The House of Representatives may be controlled by Democrats right now. But the map, at least until the next round of redistricting, still favors the the GOP.