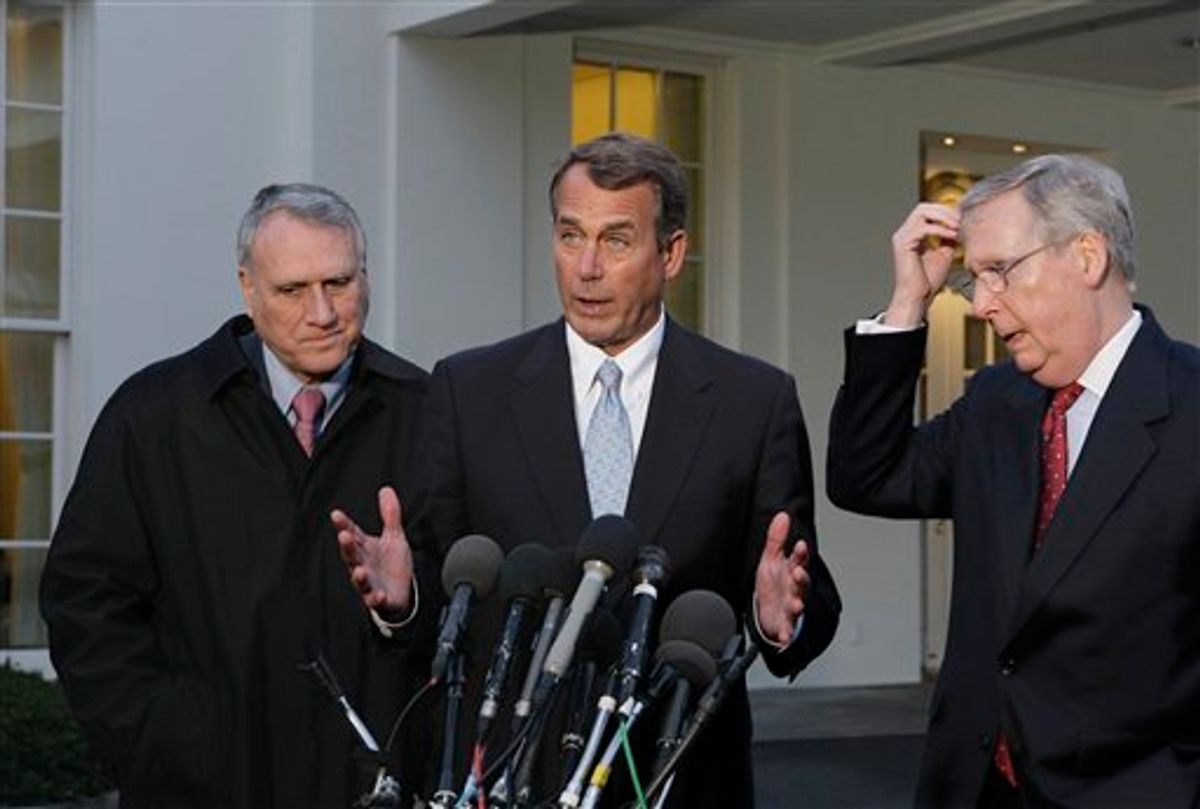 Until earlier this year, Neera Tanden was inside the Obama administration, working on healthcare reform as senior advisor for health reform at Health and Human Services. She left that job in February to become chief operating officer at the Center for American Progress, a liberal think tank. But she had quite a bit of political and policy experience in her background before joining the administration; most notably, she was director of domestic policy for then-Sen. Barack Obama's general election campaign in 2008 after having served as policy director for then-Sen. Hillary Clinton's primary campaign.

Tanden spoke with Salon Monday about healthcare reform, discussing both where the process is from a political standpoint and policy aspects of the bill.

What do you think the state of the process of getting healthcare reform passed is right now?

With the summit last week, we saw that the president made a real effort to reach out to Republicans. As demonstrated throughout the day, Republicans are pretty committed to focusing on starting over, which -- as Arnold Schwarzenegger eloquently said -- is really another way of killing the bill. We really have a situation where Republicans don’t want to move forward together. So the question really is whether Democrats as a party can move forward and demonstrate they can govern by actually passing the bills that they have told the people of this country are important.

It's up to the Democrats to lead now ... This is not a test of leadership for this cycle. This is a test of Democrats' ability to govern over the long term. It’s really up to them to see if they can meet the test.

Those of us working on healthcare from the beginning -- I mean, I started working on this process during the transition -- [know] this has been a vexing problem for decades. This is a 50-year fight for the Democratic Party, and no one ever thought it would be easy. It's had some tough hurdles to get through, and at its toughest moments it does seem a little daunting, but what it really is about is whether our country can take a problem, a long-term challenge that's really going to debilitate us over the long term, and address it before it becomes a catastrophe. It’s not just a test of leadership for the president but, I think, a test of leadership for the country. It’s a complicated issue, it’s easy to demagogue -- there's a number of reasons why it’s a difficult, difficult challenge. It's something people feel very personally about and they can relate to it. And it’s a complicated policy area.

You said no one thought it would be easy. Back during the transition and the beginning of the administration did you all think it would end up being this hard?

There were a number of people inside and outside the administration who raised how difficult this would be ... No one could anticipate the exact twists and turns that we have experienced in healthcare reform, but everyone anticipated that there would be twists and turns. No one said, "This is going to be a slam-dunk. There are a number of difficult aspects to healthcare reform -- it is a big issue. Healthcare is a particularly tough issue [because] things interact in very complicated ways. For example, you can’t really do preexisting conditions without covering tons of people.

Another daunting challenge is the president decided to pay for the bill, meaning they had to come up with revenue and savings to pay for the bill. Congress hasn't paid for a bill anywhere close to this level in over a decade. The Medicare prescription drug bill was added to the deficit, the tax cuts were just added to the deficit. And so this is not only a difficult issue, it was done in a way that was more responsible governing but also made it harder to do. The president was committed to those issues because they were the right things to do, but it didn’t make it an easier walk in the park. Having Congress come up with savings of this level is very difficult. It’s been one of the reasons why things have taken a long time.

One of those twists and turns, at least from my perspective, is the sort of activist left abandoning the bill, or disavowing it. One of the issues there is the individual mandate. Obviously, you came over from the Clinton campaign, which supported it, while Obama didn't during the campaign. Do you think, politically and from a policy perspective, bringing it into this bill was the right thing to do?

What activists on the left can do to ensure coverage is universal is advocate that subsidies should be on a level where people can best afford healthcare. I strongly support efforts for people to build a case for stronger subsidies and for us to invest more as a nation in ensuring healthcare is affordable. But attacking the mandate is precisely the wrong thing to do if you care about universal coverage.

Do you think there was a possibility, at any point, of getting a public option passed?

There are a variety of different kinds of public options. People should recognize that, there‘s the public option that pays Medicare payment rates; then there is a public option that completely negotiates payment rates and some versions of these are tough to get to the Hill and to actually achieve. Having a public plan that requires lower rates in the private sector is a very tough thing to get through the Hill, and it’s hard to see that ever happening. But then the version that just negotiates like every other insurance company doesn’t really have the benefits and that’s one of the reasons why Howard Dean said even if there was a stronger version in the Senate bill, it wasn’t really worth it, and so there has been a variety of thoughts on the left about these issues. I think it was always tough to get a strong version of the public option through.

I think the public option has become a fight unto itself when really the most important thing is what does the bill do overall for people. And at the end of the day, the public option was only going to be offered to people who can’t afford healthcare today and it was going to be one of a dozen different options people have and yet that fight consumed the entire debate versus a focus on what this bill does overall in terms of cost, coverage and affordability.