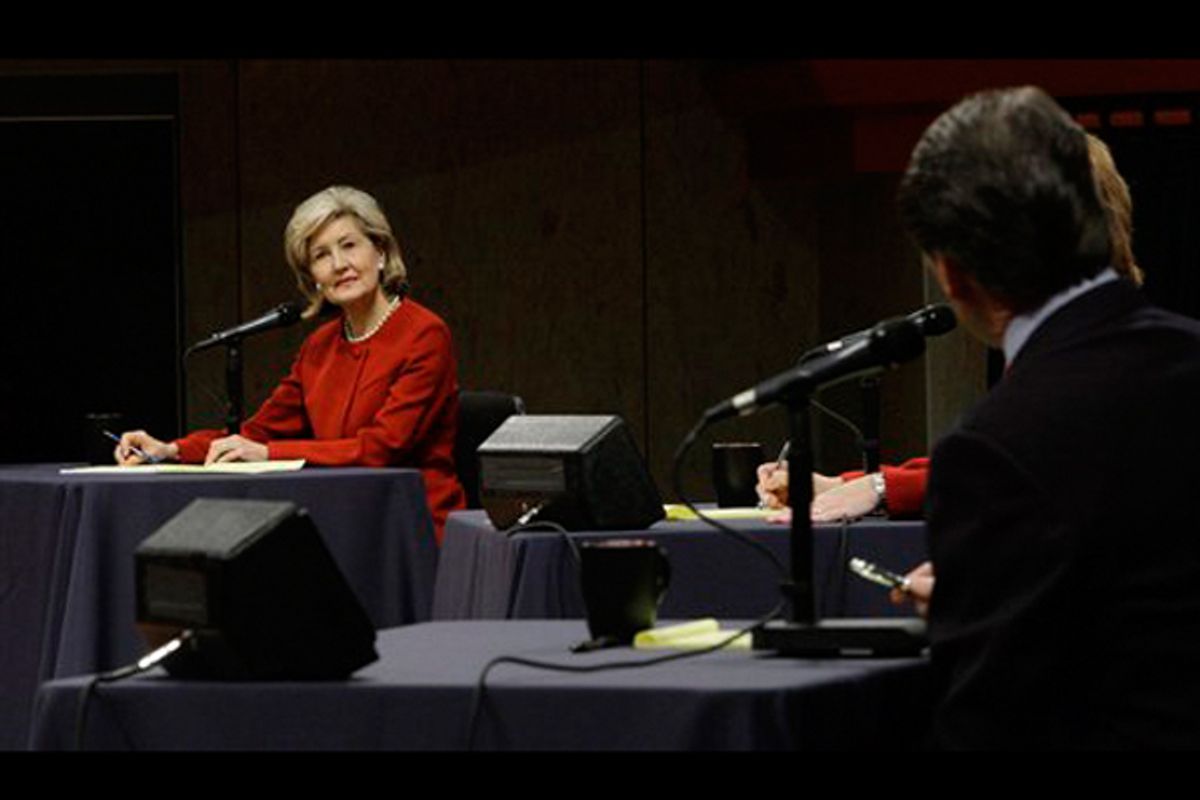 Once, it looked like Sen. Kay Bailey Hutchison, R-Texas, had a real shot of denying her state's governor, Rick Perry, another term in office. Early polls showed him vulnerable and her in the lead; Hutchison was confident enough that she was even going to resign her very safe Senate seat.

But things changed. The polls swung in Perry's favor, enough so that Hutchison wised up and decided she wouldn't be quitting her day job after all. And now, as voters go to the polls on Tuesday for the Republican primary that features the two, Perry's the odds-on favorite. Despite the presence of a surprisingly strong third candidate, tea partier Debra Medina, Perry may even be able to get above the 50 percent of the vote he needs to avoid a run-off.

What happened? Well, it's a Republican primary in Texas, and Perry embraced that by running hard to the right. Casting Hutchison as a Washington moderate, the governor embraced the Tea Parties and the far-right, he endorsed a fringe "state sovereignty" movement -- he even talked secession.

In doing so, Perry exposed a divide that the Republican Party is going to have to deal with in years to come. On one side, there's Tea Parties, conservative activists and politicians like Perry and former Alaska Gov. Sarah Palin, who endorsed the incumbent. On the other, there's the establishment GOP -- to counter Palin, Hutchison had former Vice President Dick Cheney on her side.