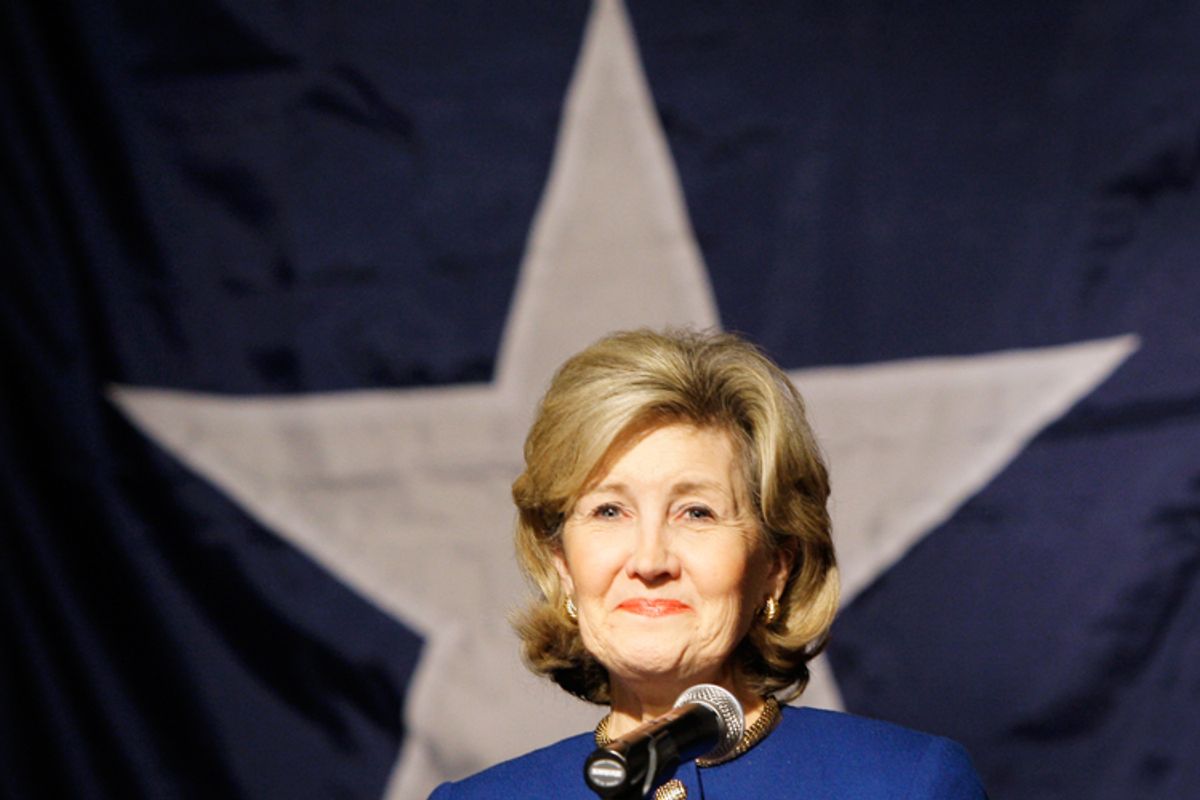 Politically speaking, Massachusetts and Texas are polar opposites, but they now have something rather amazing in common. With Kay Bailey Hutchison’s crushing setback in Texas on Tuesday, the (formerly) most popular politicians in both states have both suffered humbling defeats this year.

It was just over a month ago, of course, that Bay State voters turned back Martha Coakley, the state’s Democratic attorney general, in her bid to replace Ted Kennedy. When she originally jumped into that race, Coakley was the overwhelming favorite, both for her party’s nod and the general election – the result of her high job approval ratings and the state’s Democratic bent.

Similarly, Hutchison, who failed to even force Gov. Rick Perry into a run-off in Tuesday’s three-way gubernatorial primary, was the undisputed favorite when she launched her campaign last year.

The parallel collapses of Hutchison and Coakley serve as an important reminder about the dangers of complacency – and a warning for other seemingly-popular politicians about how toxic the pervading anti-establishment climate could be this November.

For 16 years after winning her Senate seat in a 1993 special election, Hutchison was Texas’ most consistently popular politician. When she showed interest in this year’s governor’s race, the only question seemed to be whether Perry would retire willingly or be routed in a primary. A poll last February put Hutchison 25 points ahead of the incumbent governor.

But Hutchison failed to appreciate the seething animosity towards Washington that was coursing through the electorate. Voters were (and are) furious over what they saw as Washington’s ineffective response to the recession and began pointing fingers at Hutchison, who’d voted for the bank bailout. Her support among Texans began to wane.

Capitalizing on her vulnerability, Perry ran from the far right – he embraced the Tea Party and dabbled in secession rhetoric -- and relentlessly hammered Hutchison as an insufficiently conservative creature of Washington. The sky-high poll numbers that she’d built over two decades were gone in months. By last September, Perry was ahead by double-digits. Hutchison was caught off-guard by this aggression and was never able to find her footing as a candidate.

Something similar was at work in Coakley’s collapse. Her election to Kennedy’s seat seemed inevitable after she cruised to victory in the December Democratic primary, but – like Hutchison – she was then undone by a failure to appreciate the level of the public’s rage.

Sure, Scott Brown, who bested Coakley by five points in January, ran a terrific campaign. But we’re talking about a Republican winning in the nation’s bluest state – in the race for Ted Kennedy’s seat, no less. Brown’s populist appeal provided a spark, but the special election really served as an outlet for voters enraged by Washington – same as in Texas.

Some entrenched Democratic office-holders reacted with panic to Coakley’s defeat, with several potentially vulnerable incumbents (like Indiana Sen. Evan Bayh) heading for the exits in recent weeks. The GOP establishment should treat Hutchison’s defeat similarly. Her landslide loss is the strongest evidence yet of just how far to the right the Republican primary audience has moved.

It’s also true that Coakley and Hutchison, for all of their popularity, has never faced serious electoral tests before this year. Coakley once lost a local race for state representative in Boston, but other than that, her political ascent was charmed. And Hutchison, besides a somewhat difficult race against appointed Sen. Bob Krueger in ’93, was accustomed to having it easy at the polls, too.

Every incumbent across the country who is running this fall should take note: this year, you have to really work for it. If that’s true in both Massachusetts and Texas, then it’s true everywhere.