Palin and Leno: A perfect match

The less you like to think, the more you'll enjoy them both 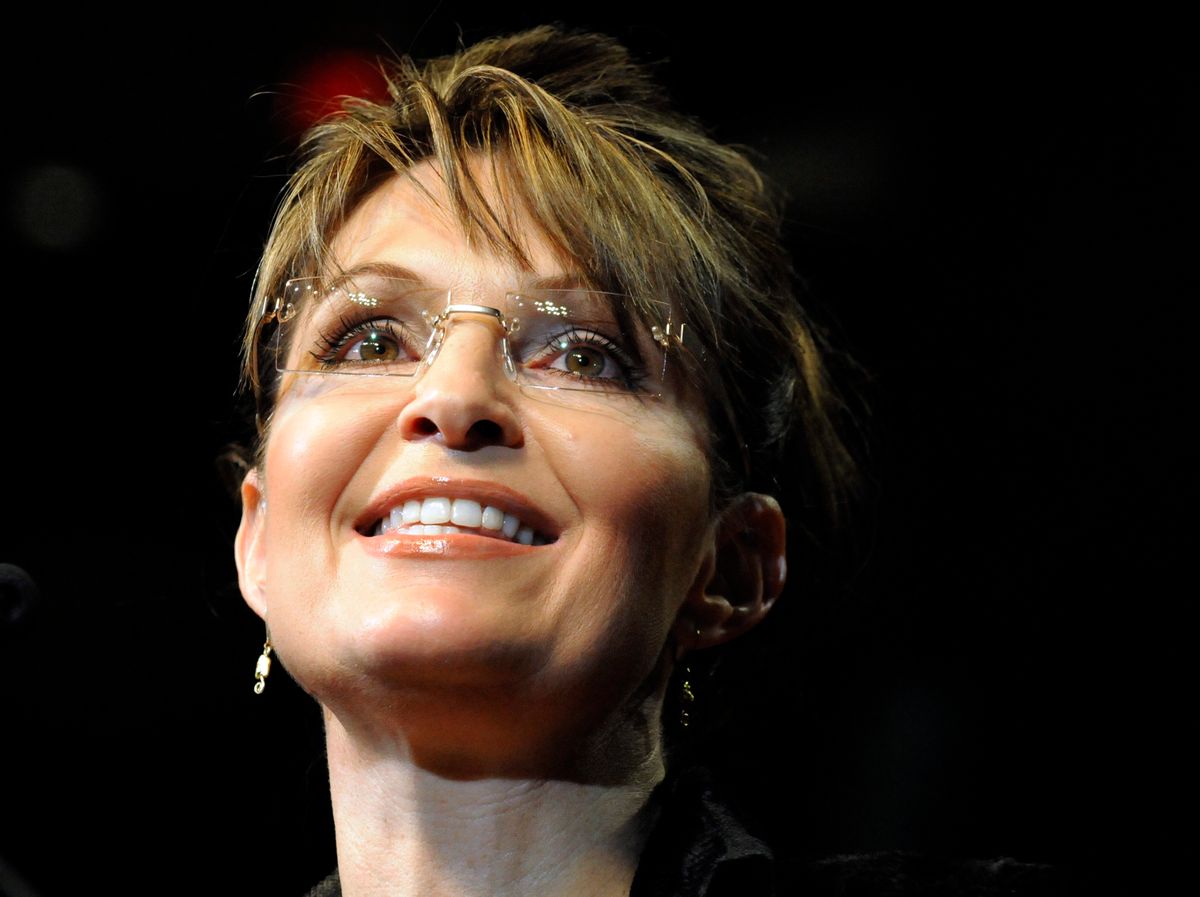 The proverb that the enemy of my enemy is my friend partly explains why Sarah Palin stopped by Jay Leno’s Tonight Show on Tuesday night. She and Leno have a common foe in David Letterman and by teaming up they likely delivered a ratings blow to CBS’s late-night host (who feebly counterprogrammed with Mitt Romney).

But there was more to Palin’s appearance than this. Her poll numbers, after all, have plummeted to alarming depths. More than 70 percent of all Americans – and more than 50 percent of Republicans – now believe she is unqualified for the presidency. And there are only 23 months until the Iowa caucuses.

So she was wise to sit down with Leno, who provides the kind of image boost to Republican political figures that Larry King’s does for fallen celebrities. In the last few years, Arnold Schwarzenegger and Fred Thompson launched their campaigns from Leno’s couch and Mike Huckabee stopped by on the eve of his 2008 Iowa triumph. And don’t forget Rush Limbaugh, who took a seat just a few months ago.

One of the knocks on Leno is that he’s too eager to please people to be very interesting. But this is a trait that can serve someone like Palin just fine. Little was required of her on Tuesday night. She participated in the obligatory cold open gag – informing Leno that, instead of cue cards, his monologue would be printed on her hands – walked on stage to the tune of “Everyday People,” and smiled and laughed through Leno’s please-like-me questioning.

(Actual Leno query: “With you, it seemed like they kind of went after your family. Is that fair? Oddly enough, Palin agreed with his premise.)

It’s rather remarkable, then, that despite the host’s best efforts not to make her squirm, Palin still managed to offer some sound bites that reinforce her lightweight reputation.

For instance, when Leno gently asked about how she’d read from notes scribbled on her hand at last month’s Tea Party convention, she defended the “substance” of what she’d written – as if the episode had made her look like a modern day Martin Luther, and not a seventh-grader trying to cheat on a geography test. Then, she seemed to channel that same seventh-grader and declared, “Just to get the left all wee-weed up and to get their heads spinning, I’m going to keep doing it.”

She was even more ridiculous on the subject of her burgeoning media career. “I studied journalism,” she told Leno. “My college degree there is in communications. And now I’m back there wanting to build some trust back in our media.”

OK, fair enough. But then in the next breath, she gave a shout-out to her new employer, the Fox News Channel, as an exemplar of the kind of trust-worthy journalism she wants to restore. “Because,” Palin said, “all those years ago when I studied journalism, it was all about the who, what, where, when, why. It was not so much the opinion interjected into news stories.”

Making sure not to challenge her directly, Leno replied that he likes to watch all of the different news channels so that he can learn everyone’s perspective on the news. That’s fine to do, she assured him, “as long as there is not opinion under the guise of hard news stories.” We’ll see if she speaks up the next time a Fox anchor or reporter inserts the term “nuclear option” into a hard news story about the use of reconciliation in the Senate.

Palin’s two segments closed with her performing her own Leno-style monologue (minus the high-fiving with the audience). Her delivery wasn’t terrible, but the material was indistinguishable from his: broad, light and obvious.

The temperature in Alaska, she remarked, “is five degrees below Congress’ approval rating.” The audience chuckled, and you could hear the five million or so Americans who watch Leno every night chuckling along at home. Come to think of it, Leno’s fan base is a lot like Palin’s: neither is particularly interested in thinking that much.