If Rahmbo is going rogue, what will Obama do?

Rahm Emanuel wins plaudits in the mainstream media, even as his boss plunges. But he isn't talking, "on the record" 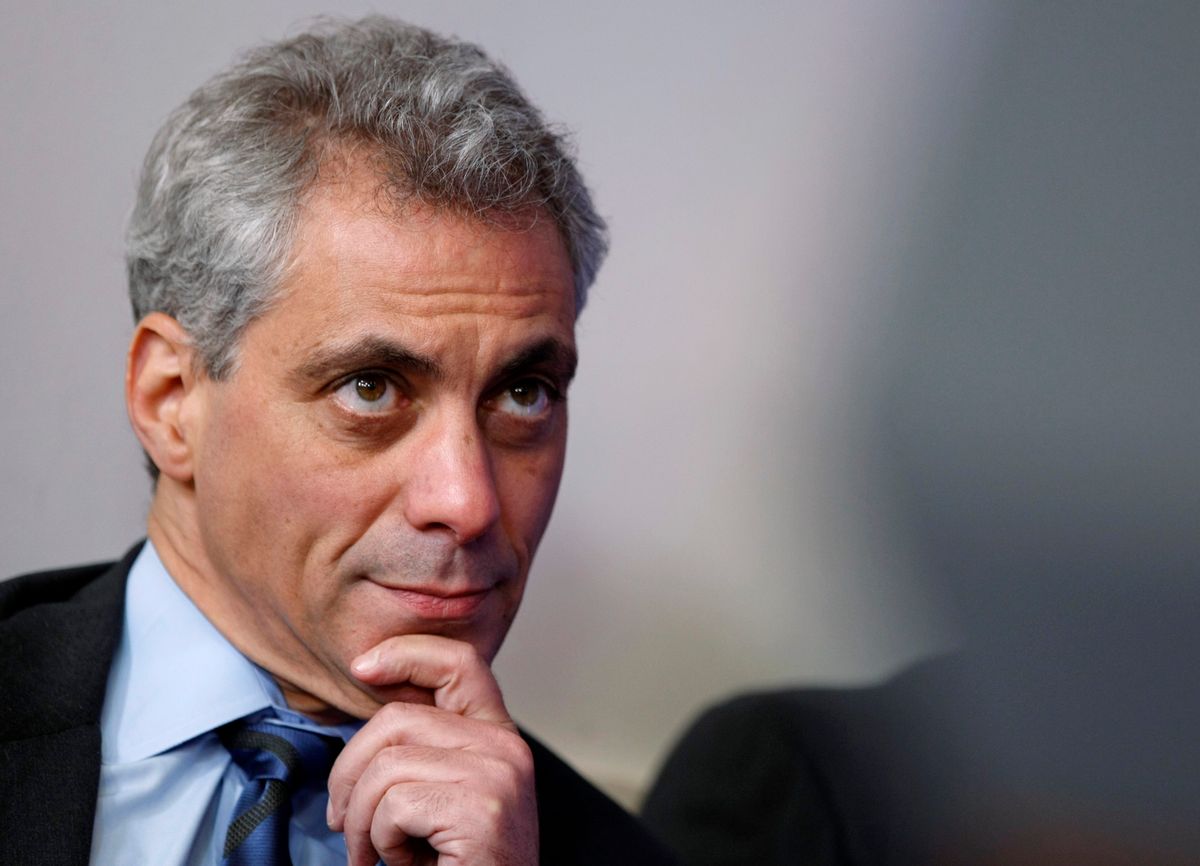 When Rahm Emanuel was riding high last summer, expanding his power while swatting down retarded liberals, the New York Times published a long profile presenting him as the undisputed master of Obama’s universe. According to that story, reported by Peter Baker and Jeff Zeleny and published on Aug. 16, he was "more chief than staff," with a writ that extended from legislation and communications to foreign policy and national security. He was taking names, kicking ass, setting policy and micromanaging down to party invitation lists.

Nowhere did he or anyone around him complain back then that Emanuel could not make his will done in the White House, or worry that the president was not listening to him. That particular profile included a coy paragraph, which offered a tantalizing clue about things to come. Explaining that a Times magazine story about Obama advisor Valerie Jarrett had annoyed the president by exploring her difficult relationship with Emanuel, Baker and Zeleny suggested that Obama himself had informally forbidden everyone from "cooperating with staff profiles," which was why "Mr. Emanuel declined a formal interview for this article."

To describe someone as declining a "formal interview" sounds like another way of saying that he spilled everything off the record or on background, of course. Which seems to be what Rahm is doing these days, either himself or through cutouts.

First Dana Milbank and then Jason Horowitz set forth the argument for Emanuel's blamelessness in the Washington Post, somehow shifting responsibility from the chief of staff to other aides and even the president -- and portraying him as the sole strategic thinker in an administration bent on liberal self-immolation.

As Noam Scheiber argues in this subtler New Republic assessment, Emanuel may not be directly participating in these Washington Post pieces, which defend him while diminishing the president and other senior staff. But Scheiber offers a telltale clue. "True to form," he writes, "Emanuel refused to speak to me on the record." The key phrase is "on the record." Presumably the inside information in all of these Rahm-reinforcing articles comes from the chief of staff’s loyal surrogates, who wouldn’t feel free to talk unless he wanted them to do so.

Now that political pressures are mounting and the president’s popularity is slipping, Emanuel is no longer advertising himself as the testosterone-fueled alpha dog in charge of everything. Now he is a lonely voice of reason, whose wise counsel is ignored, imperiling all the hopes that we all held dear, etc., etc.

Both versions cannot be accurate. What is probably the dismal truth about his stewardship of the Obama vessel can be found toward the end of last August’s Times story, which showed the chief of staff steering without any rudder of principle, and playing captain in policy and political waters too deep for him. He is largely responsible for the fiasco of financial reform, the soured deal with the pharmaceutical and insurance interests on health reform, and the botched retreat from the president’s promise to close Gitmo.

Whether and how to change the White House staff is a problem that Obama will have to face eventually. Even sooner, however, the president must decide whether to accept Emanuel’s insistence that he had nothing to do with the Post articles, which have inflicted real damage by depicting Obama as a weak and hapless foil to his brilliant deputy. If he cannot disprove that portrait, his presidency will continue to drift.