In a night of so-so performances, the competition finds its hardscrabble princess, and her name is Crystal Bowersox 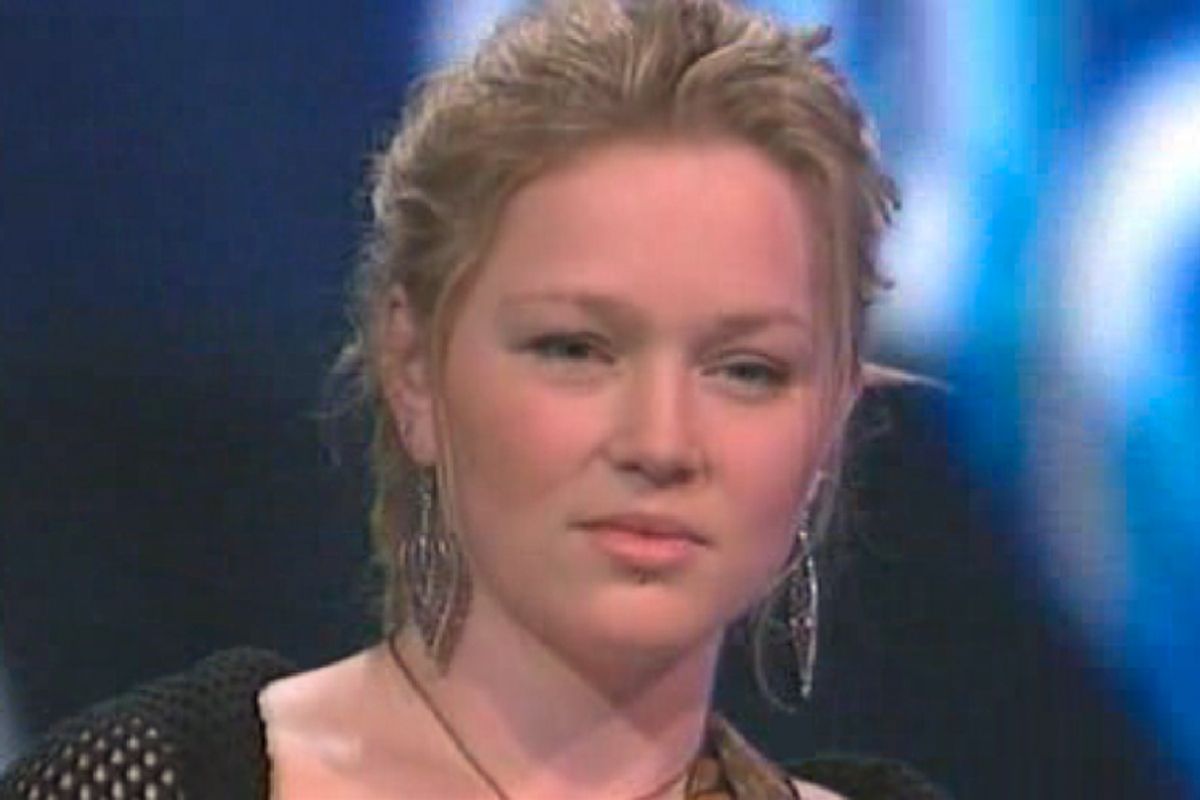 Before we begin, I would like to talk about the glory of God for just a second. Because on boys' night it seems those who were the most committed to our Lord were the least inspiring to his flock. Is this a coincidence? Or a sign of the coming apocalypse? I mean, if Tim Urban can't say a prayer before he starts stroking his sad little guitar and not inspire us all to sing for the lamb, then how effective can that prayer really be? If Jermaine can't hoppity boppity boop around the stage without his inner light distracting us from a contrived personality and mediocre talent, then why be lit from within anyway? What is there to see? I may be unenlightened, but I prefer my artists to be tortured and living through their pain onstage as opposed to rising above it and pouring out their Pat Boone cleansed hearts to me on a vanilla wafer.

Which is why I love Crystal Bowersox. Girlfriend has lived some crazy-ass Loretta Lynn story somewhere along the line – in this life or one previously. We all know it. We feel it every time she sings. This week she sang "As Long As I Can See the Light" by CCR – and unlike the genuflecting McAltar Boys from the night before, I believe she's somebody who really has access to it. Take note future contestants: She was smart enough not to have handed all her pain away to God before having a fantastic moment on the Idol stage.

(Side note: Did Simon just say "misunderestimate" in his critique? He's going to kick himself in the knickers for that one when he hears it back, by golly. Can't exactly be a snotty Englishman when we repeat George Bush-isms, now can we?)

Haeley Vaughn: I love Haeley's hair accessories and the smile, and she's going to need every cutesy look in her arsenal to overcome this disaster. I'm not even sure I know what "pitchy" means when they say it every five seconds, but I knew within the first few notes of this vocal Hindenburg that they were all going to be "pitching" her a new one. I used that word correctly, didn't I?  Oh the humanity…

Lacey Brown: My, how Lacey butchered my beloved Stevie Nicks last week – and did she ever suffer the "Landslide" of criticism for it. And I know what's coming after this wispy "Kiss Me" nonsense. I think she thinks she can hypnotize us with her big, doe eyes and quirky, red up-do. I'm going to call her Tinkerbell from now on - and she will sprinkle her fairy dust o'er the happy boys and girls of "Idol" until the pixie waifs rise up in a Maypole dance of love throughout the land. Fly free, Tinkerbell! - Crystal and I will be doing shots in the back, waiting patiently for you to come back down to earth…

Katie Stevens: Another cutie patootie – but this one has a dash of spice, doesn't she? Is she really asking for kisses in 6 languages? After hearing this sultry song, Mama Stevens better Norplant her up before the tour hits Europe and she gets her "record on" with an Italian bike messenger. Do you think when the judges say that they want her to be younger that they are just asking her to delay the coke habit and abusive relationship with a 30-year-old boyfriend for a few more years?

(Side note 2: In Katie's defense, does ANYBODY understand what the hell the judges are asking these contestants to do?  I have no freaking idea. Go younger, do what fits your voice, change the song up, don't change it up too much… At this point, I think I would just sit in the lotus position and hum like a monk. At least Ellen would like it – if I looked adorable enough.)

Didi Benami: I like her, and I really shouldn't. I don't like perky. I'm anti-perky. But there's something very appealing about her that neutralizes every snarky instinct in my dark soul. And I like her even after she's meowing to warm up and praying before she goes onstage. And I'm still liking her after she takes a soul standard and honkies it into gelatinous mold. What gypsy hold does this girl have on me?

(Side note 3: Halfway through and the girls are just as bad as the boys. Something is rotten in the state of "Idol," my friends.)

Michelle Delamor: And speaking of perky, here comes the perkiest of them all. OMG Michelle! Working with kids in church! She's another one who prays before handing us a hot, steaming bowl of watered-down crap disguised as genuine emotion. This is so awful. And I mean like Jessica Simpson awful. Help us, Lily.

Lilly Scott: The Indie Princess. Come on, baby. Please. It's been a long time coming, and a change has GOT to come to this show. And… here it is! 12-string guitar, one big dangly earring and a great rendition of a Sam Cooke classic. But I have to agree with Simon - Crystal is still my girl, and my tequila drinking buddy. But pull up a stool, Lilly!

Katelyn Epperly: Another one I like. It's in the eyes – there's some weight behind the curly, blonde stereotype. Such a soulful rendition of this Coldplay song – can't for the life of me understand why they aren't going insane for this performance. Next shot's on you, Katelyn.

Paige Miles: Alright, I'm looking beyond the "I like coloring in coloring books" thing because she is one of my favorites. That face, those eyes, that personality. Unfortunately, she hasn't finished singing the song, and I know somebody's going to do the "you didn't do enough with it" thing. And, ugh, I think Simon might be right about that. Stay with us, Paige – you will NOT be misunderestimated.

Siobhan Magnus: She's a "funny little thing," as Simon says. Not sure if that's really code for "high most of the time" because she definitely has that extended syllable way of talking common to the stoned glass-blower. She took on "Think" by Aretha – and nobody in her right mind would do Aretha. Luckily, her better judgment has been clouded by years of…um…glass blowing and she went for it anyway. And it worked. Well, sort of worked. It sounded like a second rate version of the song to me, but there's no way it couldn't be. She'll be sticking around to ramble through another Ryan Seacrest interview next week, not to worry.

My favorite performer of the night: Crystal Bowersox

My picks to go home: Lacey Brown and Michelle Delamor

And before we end our time together, I want to talk about the judges for a second, because this situation is just not working out, folks. The uneasy peace between Simon and Ellen is as fun to watch as the last 6 months of my parents' marriage. Ellen has never been so dull and useless, and Simon has never been so polite and passive aggressive. I miss the days when Simon was sexually assaulting Paula in the chair next to him while they were all screaming hateful things at each other -- like the first 12 and ½ years of my parents' marriage. Think of the children, producers. Fix this. We are begging you.