Republicans are relying on media complicity and public ignorance to paralyze government. It's brazen, and risky 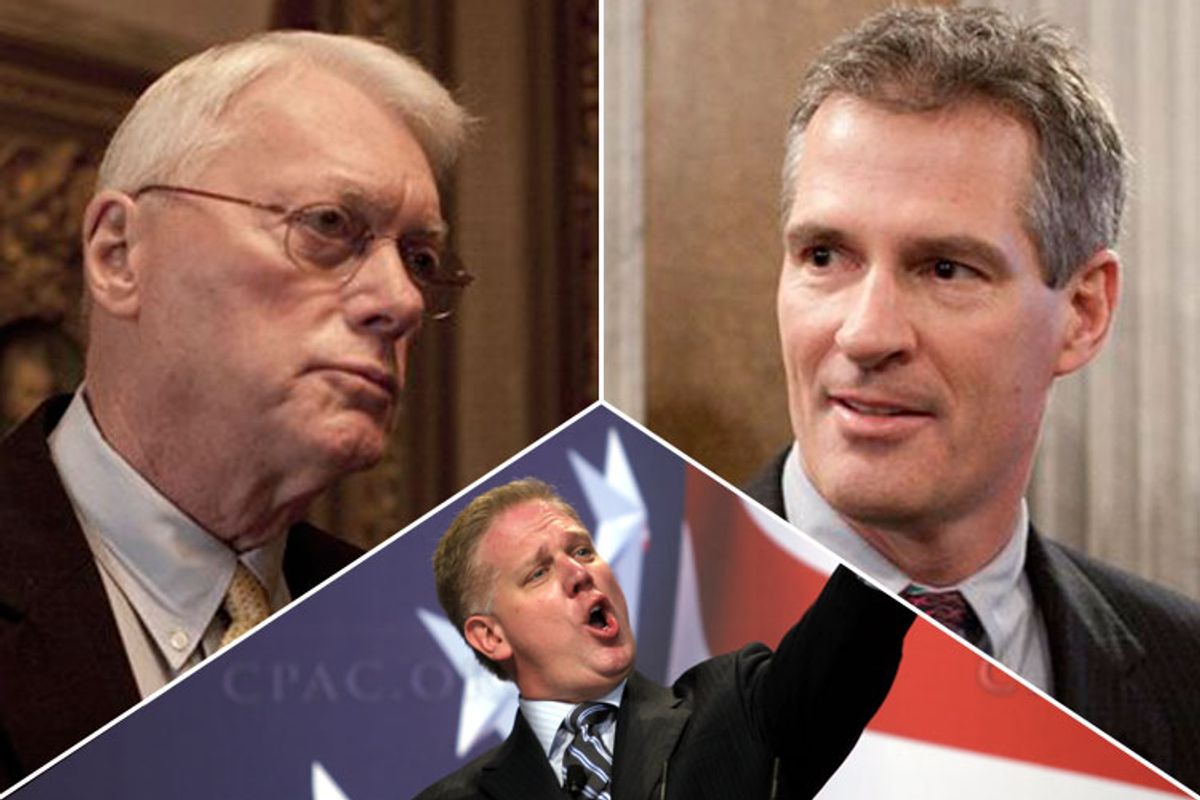 Let's get one thing straight, as the nation's esteemed TV news networks appear determined to obscure simple facts for ratings-building melodrama. The U.S. Senate has already passed the Obama administration's healthcare reforms by a filibuster-proof majority. If Speaker Nancy Pelosi can persuade a majority of House Democrats to pass the Senate bill, that's the ballgame. There's nothing complicated about it.

All this scare talk about Democrats using the "nuclear option" or launching a "kamikaze mission" is the crudest kind of partisan propaganda. Using the Senate's reconciliation process to make fiscal changes to a bill already passed was standard operating procedure under President Bush. It's grimly amusing watching Senate Republicans, who spent years telling Democrats to get over the suspect 2000 presidential election, now pitching hissy fits over the prospect of a simple majority vote.

How many times did Vice President Dick Cheney emerge from his Fortress of Solitude to break 50-50 tie votes in the Senate? Eight times. As Paul Krugman points out, the Bush administration used reconciliation twice to pass tax cuts for tycoons, increasing the national debt by $1.8 trillion. To anyone whose sense of history extends beyond last week, what's truly radical is the Republican Party's effort to annul the 2008 election results by using the Senate filibuster to prevent the Democratic majority from passing anything of substance. Last year, they forced a record 112 cloture votes. Two months into 2010 the total is already 40, a rate that puts them on pace to triple the previous record.

In the midst of the worst financial crisis since the Depression, the GOP has chosen to paralyze government in the hope of blaming the Obama White House and Democratic Congress for getting nothing done. It's a brazen strategy that depends upon news-media complicity and widespread public ignorance for success. Only 26 percent in a recent Pew survey, it's worth reemphasizing, know how many Senate votes are needed to end a filibuster.

To justify themselves, some Republicans have tiptoed perilously close to the lunatic fringe. Several, including newly elected Massachusetts Sen. Scott Brown, made sympathetic noises after a lone demento flew an airplane into an IRS office in Austin, Texas, killing himself and a 68-year-old Vietnam veteran who worked there.

The madman's big gripe was that the agency denied his effort to evade taxes by declaring himself a religion.

Supposedly, the Founding Fathers were all about rugged, Ayn Rand-style individualism. Americans abhorred alien concepts like "community" until the proto-Marxist Bull Moose Party introduced them.

Seriously, that's what Beck tells his millions of viewers. Evidently, his copy of the U.S. Constitution lacks a preamble. You know, the part that goes, "We the People of the United States, in Order to form a more perfect Union, establish Justice, insure domestic Tranquility, provide for the common defence, promote the general Welfare, and secure the Blessings of Liberty ..."

"We the people"? "General welfare"? What were they, a bunch of pinkos?

Appearing before a recent GOP congressional retreat, Obama chided Republicans for painting themselves into a corner. "Many of you, if you voted with the administration on something," he warned, "are politically vulnerable in your own base, in your own party. You've given yourselves very little room to work in a bipartisan fashion because what you've been telling your constituents is, 'This guy's doing all kinds of crazy stuff that's going to destroy America.'"

He added that Americans didn't send representatives "to Washington to fight each other in some sort of political steel-cage match to see who comes out alive."

As with the economic stimulus, people tell pollsters they oppose the healthcare bill, although for very different reasons: Liberals because they think it's basically a Republican-style bonanza for insurance companies; conservatives because they've bought big lies about "socialism," "death panels," etc.

But also as with the stimulus, when asked about the bill's constituent parts separately, Americans support them by strong majorities. Most Democrats, therefore, see passing it over unanimous GOP opposition as good policy and, eventually, good politics, too. It's a gutsy play.

Will "eventually" mean November 2010? Maybe not. Much depends on the economy. Once enacted, however, Obama's healthcare reforms would become a permanent addition to the nation's general welfare -- like Social Security and Medicare, whose enactment also evoked temporary hysteria on the right. Meanwhile, at some point, Obama's theatrical paeans to bipartisanship and sweet reason could turn into an indictment of Republicans for placing party over country. He's setting them up for it now.

What happens then, nobody knows.