A racial dog whistle from the National Republican Congressional Committee? 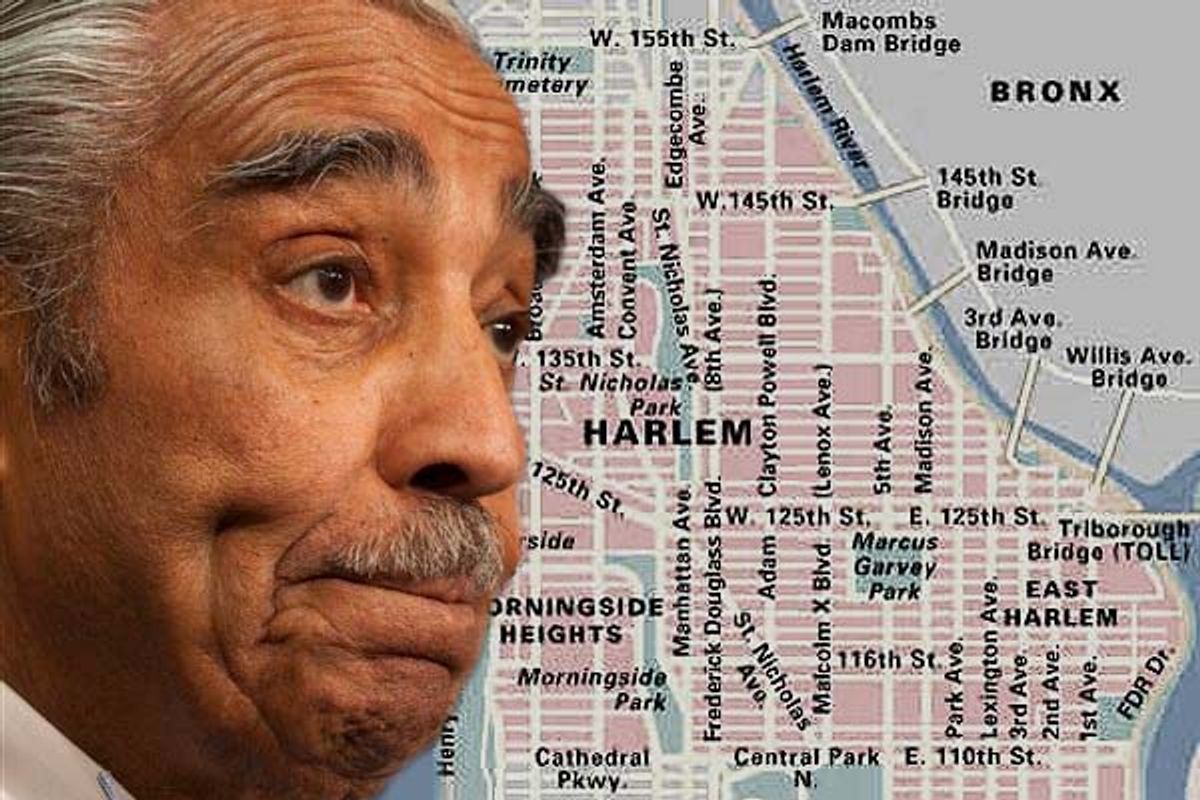 It's only natural that Republicans should want to get some benefit out of the trials and travails of Rep. Charlie Rangel, D-N.Y., who resigned his post as chairman of the House Ways and Means Committee earlier this week under a cloud of scandal. And of course they want to tar other House Democrats by association with him.

But as it did all of that on Wednesday, the National Republican Congressional Committee chose an interesting combination of words, calling Rangel as "the crooked Harlem Democrat." That's a rather specific way of referring to the congressman -- he could, after all, just as easily be called "the crooked New York Democrat" or simply "the crooked Democrat."

So one might wonder, as a couple of us here at Salon did, why the NRCC chose to specifically mention the area of New York City that Rangel represents. Could it be that they were trying to use the glory days of the Harlem Renaissance as a counterpoint to the scandal the congressman has gotten himself mired in? Or could it be that saying "Harlem" in this case was just a convenient way of saying "black"?

It certainly seems like the latter. One hint: The Congressional districts targeted in the release. Granted, the NRCC didn't really choose the districts at random; they're all represented by House Democrats who were supported by Rangel's campaign committee, the Rangel Victory Fund. But certainly residents of the districts in New York that were targeted will know what "Harlem" means in this context, and in some of them -- a Staten Island district, for instance -- that racial angle has some play to it.