Are you watching the best "Survivor" ever?

Coach Ben Wade threatens to quit the show, openly weeps and taps into his own raging ego 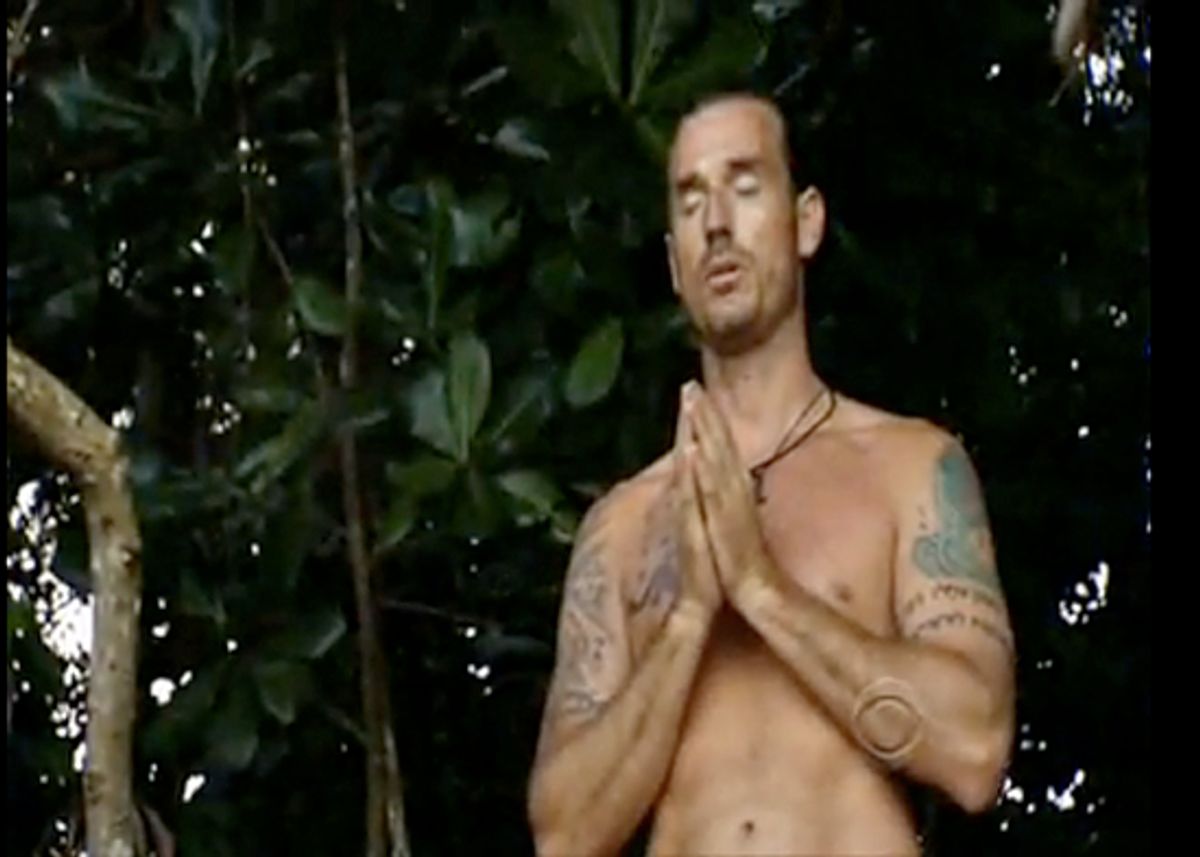 How the mighty dragon slayer has fallen! Having reinvented himself as a humbler, more likable version of the arrogant bloviating jackjuice we came to know and love/hate during his original stint as a tribemember in Tocantins, Coach Ben Wade unexpectedly crumbled on Thursday night's "Survivor: Heroes vs. Villains."

After a grueling Tribal Council, during which reigning blunt weapon Sandra suggested that he should do more work around camp, Coach wept openly to fellow Tocantins alum Tyson. Tyson took it as a good opportunity to suggest that Coach stop wearing mystical feathers in his hair, doing tai chi around camp and telling long-winded fantastical stories. In other words? Stop being Coach.

The next morning, Coach considers his options on a lonely walkabout, begs Boston Rob for a little man love and then, in a breathtaking demonstration of how insecurity is so often transformed, by sheer force of will, into self-aggrandizement, Coach swallows back his newfound vulnerability and takes refuge -- where else? -- in his old familiar friend, the superiority complex.

See how it works, kids? Now tap that self-doubt and rage and create your very own sense of superiority! Aided only by a copy of Bartlett's Familiar Quotations and years of alienation and loneliness, you, too, can set yourself above the fray.

When in doubt, remember the narcissist's mantra: They're just jealous.