With this endlessly variable formula and technique, you can be a shellfish genius in minutes 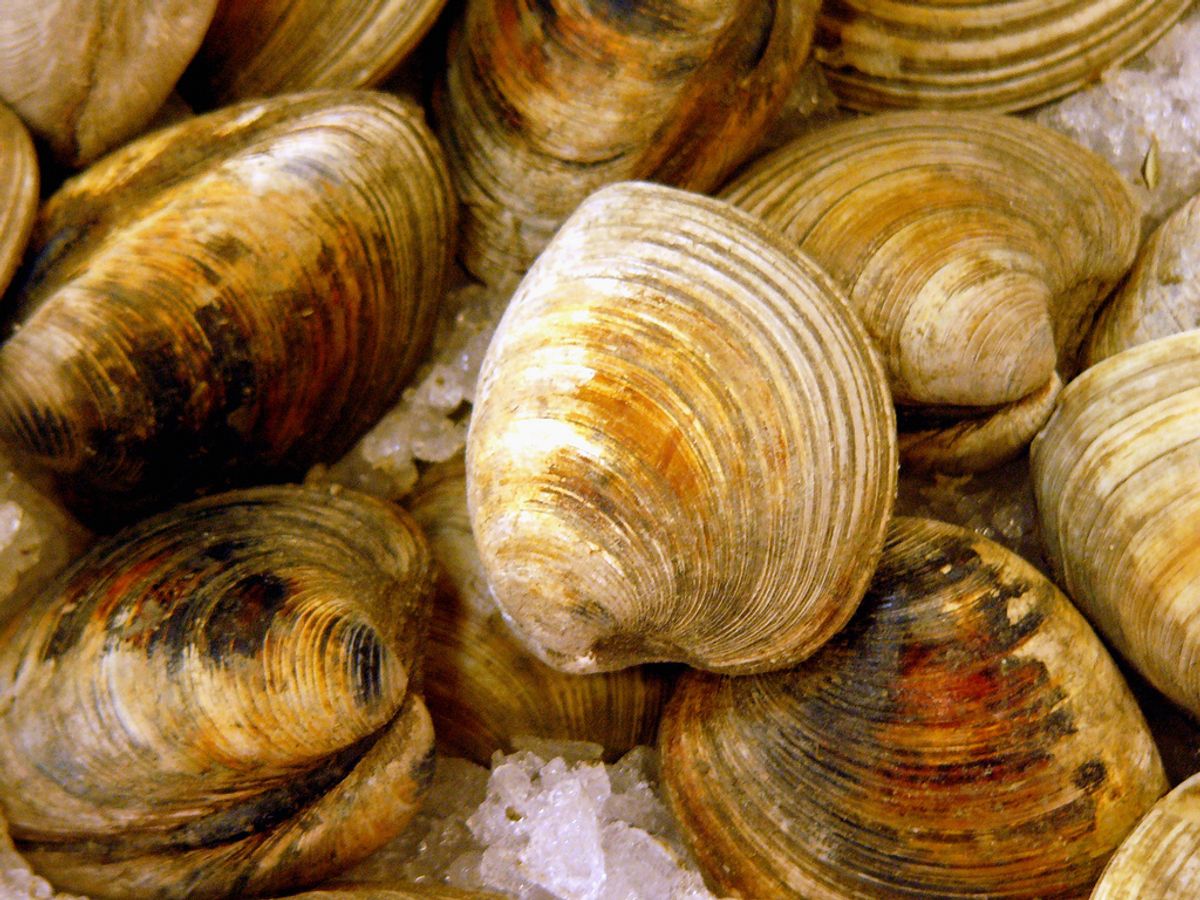 Clams are the strong, silent type of shellfish. They're not sexy like oysters and they're not dying to be everybody's friend like scallops. (And, believe me, when seared scallops are your pride and joy, it's hard to feel cheaper than the moment you realize that a one-armed monkey can make them as delicious as you can.) But what clams lack in scallops' melodic sweetness and oysters' ringing finesse, they make up for in rich, earthy minerality and bass-drum brininess. They're versatile, great on their own and pairing beautifully with both subtle and blockbusting flavors.

And as a bonus, they're about the easiest things on the planet to cook: They take just minutes, they tell you when they're done, they make their own broth, and you can dress them up or down. And if you just remember a basic framework, you can make them in any number of variations.

Below is a phenomenal recipe, clams hot and fragrant with more black pepper than you ever thought possible, rounded out with a touch of sugar and Chinese oyster sauce. It's a presentation inspired by a traditional Malaysian way to serve crab, a dish I learned from Susan Feniger and Kajsa Alger, the chefs of Los Angeles' wonderful, globally inspired restaurant Street.

But the lesson of this recipe is in its basic elements: fat, aromatics, liquid, acid and fresh herbs, each of which does its own trick with the saline, earthy flavor of clams. The fat rounds the edges of the saltiness, the aromatics give fragrance and context, the liquid creates steam to cook the clams and dilutes their salty brine, the acid cuts through the heavy earthiness, and the herbs give the dish freshness, a brightness that lifts the flavor. In this case, we're using oil and butter for fat, garlic and black pepper for aromatics, water for steam, lime juice for acid, and cilantro for the herbal note.

But you can sub in whatever ingredients you want. A classic Italian way to steam clams, for instance, is to go with olive oil (fat), garlic (aromatic), white wine (liquid and acid), parsley (freshness), and sometimes a touch of hot chilies for more of the fresh, elevating effect. The dishes taste continents apart, but both follow the same basic principles. Once you read through (and, I hope, make!) the recipe below, you can pretty much make amazing steamed clams however you want, using this framework.

One last note about flavor: Like any bivalve, clams will taste different depending on where they're from, how much rain there's been, how they've been purged of sand after harvest, etc. One batch might be very mild and another very salty. So, while I usually believe in adding a little salt all through the cooking process, with clams I try to keep as much salt out of the dish until after they've given up their liquid and I know how salty it's going to be. If "Cuisine or Death" is the chef's motto, "taste and fix" is the cook's.

Serves 2 as a main course with steamed rice or noodles