As allergies surge, an ancient cure? 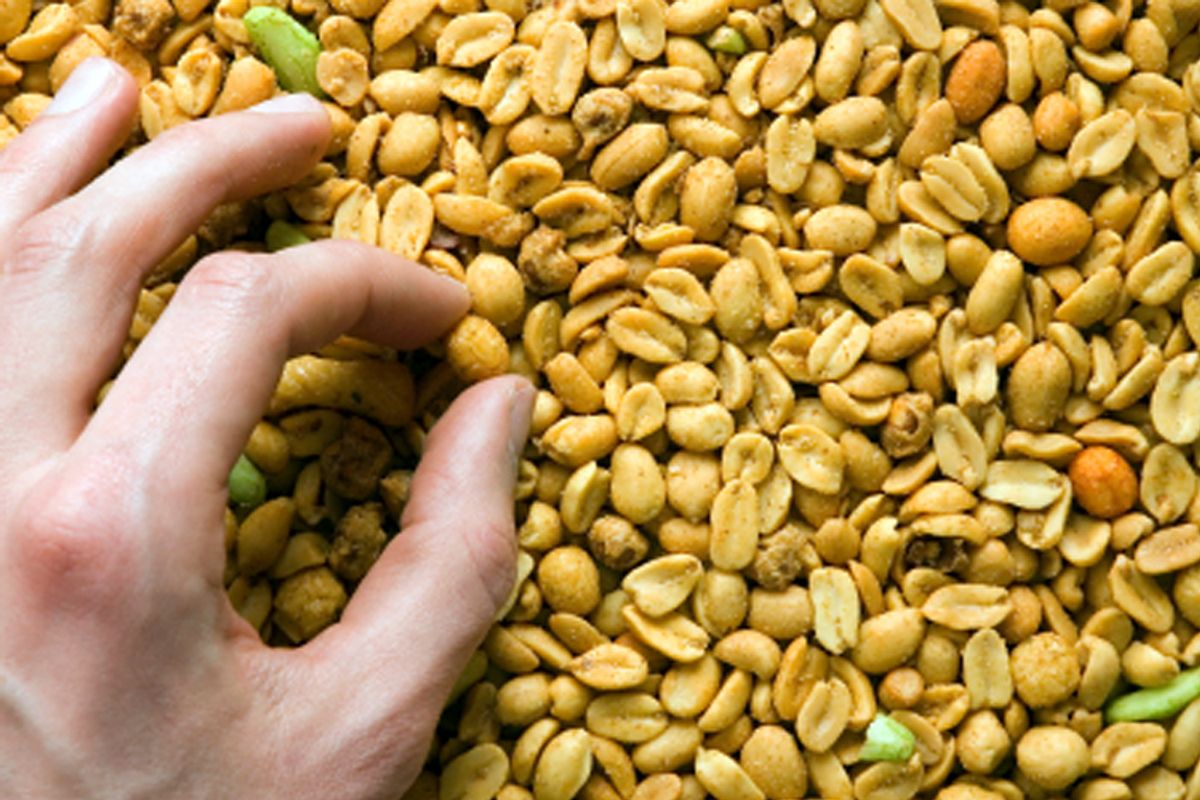 We were in Hawaii five years ago, eating at the kind of fish restaurant where, maybe, you’d want to wear a shirt with sleeves and shorts that didn’t double as a bathing suit. Once we were seated, our waiter got all poetic about the nut-crusted opa and Mom warned him that she had food allergies, just a few. From his back pocket, the server immediately withdrew a deck of pink cards that looked like a prescription pad, thumbed one off the top of the stack and placed it down on the table. Bookended by triple asterisks, it read "GUEST ALLERGY CARD," all bold, all caps; its instructions: "List All Problem Foods." The word "All" was double-underlined for emphasis because double-underlining, it seemed, was the top defense against anaphylactic shock.

It was a surprising intervention at the time, this card, but its presentation had a clear antecedent. Even five years ago, benchmark publications like the Journal of Allergy and Clinical Immunology and Current Opinion in Immunology were releasing figures signaling an allergic surge. The number of people reporting peanut allergy had doubled. Food allergy on the whole was escalating. It now affects 6 percent of young children and 3-4 percent of adults in the United States. Emergency rooms are seeing an estimated 125,000 patients annually for food allergy, and 15,000 patients per year for food-induced anaphylaxis. Eager to self-diagnose as we are, between 20 and 30 percent of Americans now believe they have some kind of food allergy whether, in fact, they do.

This spring, British researchers are embarking on what’s said to be the largest ever clinical trial having to do with peanut allergy. By administering low doses of peanut to allergic patients, they’re hoping to eliminate the allergy in three years. But the answer to the problem of life-altering, even life-threatening, food allergies may lie somewhere far from desensitization models and British laboratories. The answer might, in fact, be Chinese and thousands of years old.

Dr. Xiu-Min Li, the director of Mount Sinai Hospital’s federally funded Center for Chinese Herbal Therapy for Allergy and Asthma in Manhattan, has had success treating asthma with traditional Chinese medicine (TCM) -- using an herbal therapy of her own devising. About 10 years ago, Li began wondering whether TCM might also be applied to food allergies since allergic asthma and allergic reactions to food have similar immunological blueprints. While there’s no actual mention of food allergy in traditional Chinese medicine, a complete medical system in which the taste of an herb helps determine its therapeutic function, there is talk of symptoms like those experienced during an allergic reaction.

"I found information about one formula in particular," says Li. "It dealt with parasites and was used when people got stomach problems, vomited, and lost sensation after eating. It sounded like what we now call anaphylaxis." The formula, called Wu Mei Wan, dates back nearly 2,000 years and was recorded in the Shang Han Lun, one of the classic tomes of traditional Chinese medicine and a basis for all of its future pharmacology. Li and her team of chemists, biologists and researchers modified this original formula by adding to its preexisting mixture of 10 botanical ingredients, an 11th called Ling Zhi, or, "wooden mushroom," so-called for its ligneous appearance.

"It was like discovering an ancient treasure," says Dr. Li. "But this formula is really based on our advanced knowledge of chemical footprints, what we know about the general principles of food allergies, and the critical knowledge we have about drug manufacturing." It melds together the ancient system of Chinese healing, its emphasis on energy flow and systemic balance, with cutting-edge biochemistry. "We know all the molecules," says Li. "It’s not like we just go into the woods, find a magic mushroom, and say, here’s our medicine. Every chemical is mapped, every component is tested."

Researchers have yet to single out a cause for the surge in food allergy rates, but are looking into a host of hypotheses. They involve things like: time of exposure to popular allergens (how old we are when we first eat or touch certain things), the way processing methods affect food proteins (for example, a dry roasted peanut, the kind we eat, is far more allergenic than the boiled and fried ones popular elsewhere in the world where peanut allergy is virtually nonexistent), personal hygiene (we’re so clean we’re misprogramming our immune systems to attack the wrong things, like food proteins), genetics (there is a link), and a host of environmental factors (air pollution, whether it's better to live on a farm).

In terms of finding a cure, human clinical trials have only been going on for the last five years or so. If you are allergic to a food, clinical wisdom, just like the "GUEST ALLERGY CARD," holds you simply don't eat it. Hippocrates, in ancient Greece, suggested ingesting small, incremental doses of the allergen -- this, an early stab at oral immunotherapy and thus the aforementioned desensitization method -- until tolerance was established. "Most [food allergies]," he said, "are curable by the same means as those by which they are produced." But his method ran the risk, as it still does now, of provoking a reaction. Oral immunotherapy can be effective. A 2009 study at Duke University has, in fact, demonstrated that children with peanut allergy can establish tolerance after an eight- to 10-month course of treatment, during which they ingest portions of peanut in doses starting as small as 1/1000 of a nut. The problem with this method, however, is that no absolute guidelines for efficacy or safety have yet been found.

Notably, Li’s formula -- Food Allergy Herbal Formula 2, or, FAHF-2 -- which her team has simplified over the course of their research, is the only investigatory oral food allergy treatment not to contain even a modicum of a popular allergen. Its components are Chinese plum, Sichuan pepper, coptis rhizome, philodendron bark, dried ginger rhizome, cinnamon twig, ginseng root, Chinese Angelica root, and the potent wooden mushroom. There’s no nut in it, no shellfish, no milk. It goes another route entirely by, not, as Li, says "targeting specific allergens." Instead, it seeks to create a totally balanced immunological response, in which all the relevant cells, chemicals and molecules respond to a perceived toxic situation by working in concert with the drug to maintain equilibrium.

"It’s the first immunotherapeutic approach to completely protect against peanut-induced anaphylaxis in an animal model," says Dr. Julie Wang, the principal investigator for Li’s herbal trials. And since it’s uncommon to have an allergy to just one food, FAHF-2 also works in a multiple-allergy food model, meaning it’s been shown to suppress allergic reactions in mice with coexisting peanut, fish, and egg allergies. It also provides long-term protection, keeping allergies at bay for up to nine months in mice (a quarter of their lifespan) after treatment ends.

Most recently, FAHF-2 completed an extended Phase I human trial with 18 participants, including children, taking the formula three times a day for a period of six months. Plans are in place to start a larger Phase 2 trial this spring with 60 participants, further exploring its safety and finally getting into the all-important matter of efficacy in humans. Li and Wang believe their herbal trials will conclude, if all goes well, with the backing of both the federal government and a major pharmaceutical company in about two years' time -- a year ahead of the British study. "It’s the trial I’m most curious about," says Dr. Hugh Sampson, one of the foremost leading figures in food allergy research, the director of Mount Sinai’s Jaffe Food Allergy Institute, and a co-patent holder on the formula. "It’s so different than anything I’ve been brought up to do. In the animal model, it looks very promising. Then again, scientists have cured mice of many diseases, so we’ll see what happens"