"I am no longer the same carefree person," says Emmanuelle Seigner 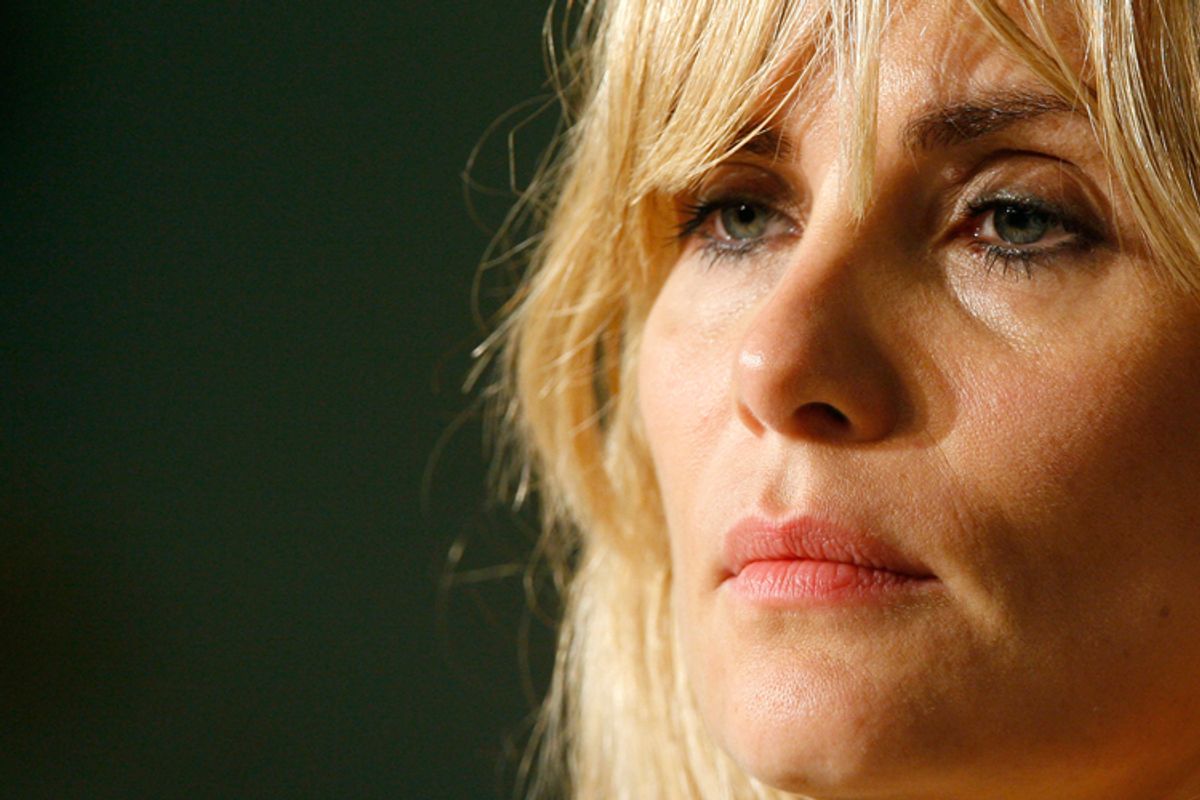 Roman Polanski's wife said her husband's imprisonment in a 32-year-old sexual abuse case has diminished her carefree spirit and terrified and disoriented the couple's two children.

But Emmanuelle Seigner, 43, also said in an interview with the Polish magazine Viva! that she's convinced "the matter will be solved."

The interview appears in the newest edition of the colorful celebrity magazine and includes a photo layout of the actress and singer in high heels and a glittery dress, and other attire.

The director was initially accused of raping a 13-year-old girl after plying her with champagne and a Quaalude pill during a 1977 modeling shoot. He pleaded guilty to unlawful sexual intercourse, then fled to France on the eve of sentencing in 1978.

Polanski, 76, is under house arrest in his Swiss chalet in Gstaad as he fights extradition to the United States.

Seigner said that she and the children do not live with Polanski in Gstaad but visit as often as they can.