In defense of Mo'Nique's Oscar speech

Her mention of "politics" wasn't ungracious. It was just the truth 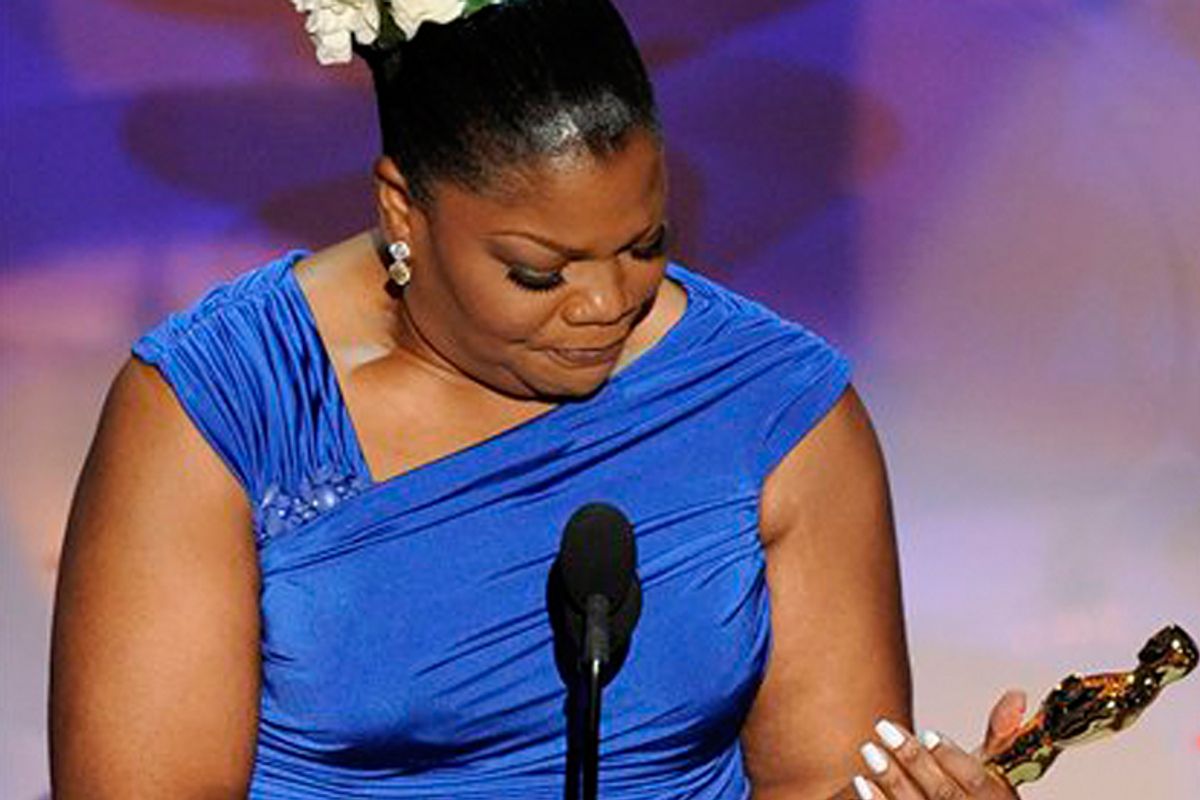 Unlike Salon TV critic Heather Havrilesky, I cheered when Mo'Nique began her acceptance speech for the best supporting actress Oscar with, "I would like to thank the Academy for showing that it can be about the performance and not the politics." I don't think she meant to slight her fellow nominees, nor do I think they took it that way -- Vera Farmiga and Maggie Gyllenhaal were two of the first on their feet, looking delighted, as Mo'Nique took the stage. I think that for the most part, Mo'Nique only meant to acknowledge a couple of plain facts: 1) Just about everyone known for making accurate Oscar predictions figured she was a lock, and 2) The only reason anyone thought she might not be was that she refused to campaign for it. Few thought she had any real competition in the category -- which has much more to do with the lack of strong roles for women than with Gyllenhaal, Farmiga, Anna Kendrick or Penelope Cruz being seen as inferior talents -- but many faulted Mo'Nique for not playing the game better and wondered if Academy voters would punish her for her lack of schmoozing and self-promotion.

Never mind that her lack of visibility was less a conscious rejection of the expected niceties than a function of her demanding schedule; as she told the New York Times, "[I]t's like, guys, I also have this show called 'The Mo'Nique Show' where I tape six shows a week. I have twins who are 4, so I have babies, I have an amazing husband and a son who's 19. What I can participate in I'm more than happy to." Mo'Nique's decision to prioritize her ongoing work and family life over lobbying for an Oscar, choosing to let her performance in "Precious" speak for itself, was widely cast as a deliberate and vaguely hostile political statement, in ways that seemed meant to remind us that for all her talent and success, Mo'Nique is still a Hollywood outsider.

But there is another element of politics versus performance where Mo'Nique is concerned, which can be found in the next line of her speech: "I want to thank Miss Hattie McDaniel for enduring all that she had to, so that I would not have to. " It's worth considering that if McDaniel had wanted to launch a schmooze campaign for the Oscar she won in 1940, it would have been virtually impossible. She was barred from attending the "Gone With the Wind" premiere in Atlanta, because it would have been against Georgia law for her to sit in a theater with white people. She was not only the first African-American to win an Academy Award but the first to be allowed into the ceremony in anything but a serving capacity -- they stuck her at a table in the back. Although she was a talented singer and comedian, she won Hollywood's grudging respect by playing a maid named Mammy. And during her tearful acceptance speech (below), she said bluntly, "I sincerely hope I shall always be a credit to my race."

It's the kind of statement that makes a 21st-century white liberal like myself cringe; that she felt the need to say that underscores just how entrenched and accepted overt racism was at the time. But even though the laws and culture have changed substantially, and you'd be unlikely to hear an African-American actor prostrate herself before white peers and viewers quite so nakedly today, it's certainly not as though black people in Hollywood are no longer burdened with representing their entire race or working overtime to prove themselves.

In the 70 years between McDaniel's and Mo'Nique's wins, only three other black actresses -- Whoopi Goldberg, Halle Berry and Jennifer Hudson -- have taken home Oscars. Just one of those was for a leading role, and if you guessed that went to the only thin, light-skinned, button-nosed, biracial one of the bunch, you get a gold star. Four black men have won best actor -- three of those in the last 10 years -- and four have won best supporting. So that's 13 acting awards out of 328. In 82 years. This year also saw the second African-American to be nominated for best director and the first ever African-American screenwriter to win. In 82 years. Welcome to post-racial America.

But at least Mo'Nique won for a role in a film by and about black people, not for playing a sassy maid, right? Well, yes and no. It's fantastic to see black filmmakers recognized -- just as it's fantastic to see a woman win best director, even if it's for a distinctly testosteroney film -- but that hardly means we've transcended demeaning stereotypes. Don't get me wrong -- Mo'Nique did a marvelous job with the material. But that material was, in one critic's description, "an over-the-top political fantasy that works only because it demeans blacks, women and poor people" -- and Hollywood doesn't seem to have wrestled too hard with the question of why such movies are frequently crowd pleasers.

Consider the shocked reaction of umpteen reporters upon learning that the movie's star, Gabourey Sidibe, is nothing like Precious -- that she was, in fact, acting. Consider the clip they chose to show last night that featured Sidibe stealing a bucket of fried chicken, for crying out loud. Consider that four of the best picture nominees were widely criticized for their treatment of race -- "Precious" for all of the above; "District 9" for its arguably sketchy handling of an apartheid allegory and undeniably degrading depiction of human black Africans; "The Blind Side" and "Avatar" for being yet more iterations of a tired and condescending "white savior" narrative. That's not to say those films were wholly without merit or even necessarily undeserving of the praise, but when four of the year's most beloved movies contain problematic racial tropes, it's a bit premature to congratulate the Academy or ourselves for having come so far in the last 82 years. I mean, please, don't make me bring up "Crash."

So I was thrilled to hear Mo'Nique acknowledge the crap she took leading up to last night -- and the fact that her performance transcended it anyway -- right off the bat. I cheered again when she said to her husband and manager, "Thank you for showing me that sometimes you have to forgo doing what's popular in order to do what's right. Baby, you were so right." It wasn't about disrespecting her fellow nominees; it was about respecting herself and her work. It was about being there as a credit to her profession, not her race or her gender or her size or the sisterhood of hairy-legged comics in open marriages, or whatever else people want her to represent. It was about unapologetically standing up for herself and her performance in a way Hattie McDaniel never could have. It worked, and she earned it.