The right-wing site's online poll may cheer the White House, a little 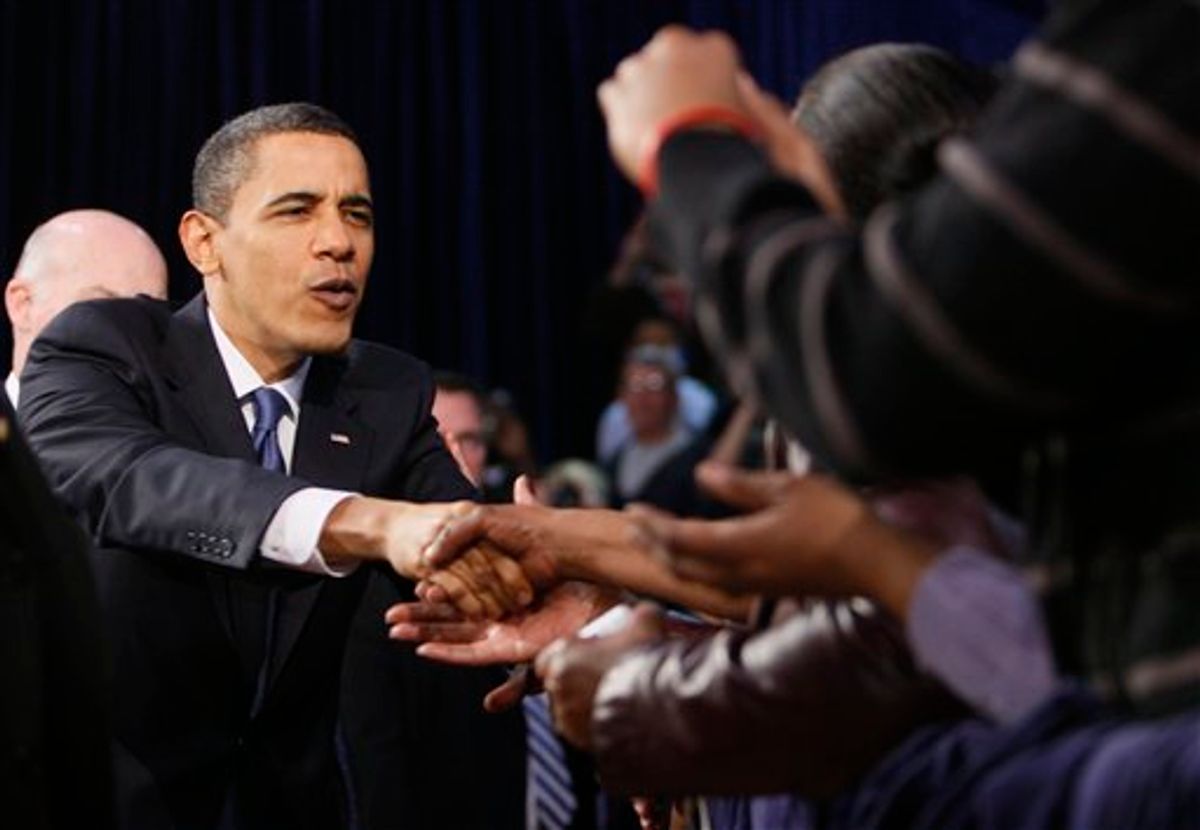 Online polls taken by partisan Web sites tend to be discounted -- and some observers would question a Zogby online poll in particular -- but when the results cut against the ideology of the sponsor, they may still be worth noting. Today's morning lead on the ultra-conservative Newsmax site touts a Zogby online survey on presidents past and present, with findings that bolster the White House’s current occupant, who is usually the target of extremely harsh criticism from Newsmax and its columnists (one of whom seemingly advocated a military coup last year).

The headline on the Newsmax poll story -- "Bill Clinton Bests Former Presidents to Handle Crisis Today" -- concerns the unsurprising discovery that the American public considers the last Democratic president best qualified of all his peers (by far) to cope with the issues that America confronts today. Comissioned by Newsmax, which is run by Christopher Ruddy and owned by him and Richard Mellon Scaife, among others, the poll queried 4,000 people who participate in Zogby's online surveys.

Among respondents asked the following question -- "Of the current living former presidents, which do you think is best equipped to deal with the problems the country faces today?" -- 41 percent chose Bill Clinton, trailed by George W. Bush with 15 percent, George H.W. Bush with 7 percent, and Jimmy Carter with only 5 percent, while 26 percent chose "none," and 5 percent were "not sure." Those choices may be partly a function of the age of the former presidents, since the elder Bush and Carter are considerably older than the younger Bush and Clinton. But Clinton finished first among all age groups, all races, all religions, and both sexes, with a significantly better showing among women (46 percent) than men (36 percent).

The most salient question -- given Barack Obama’s dipping numbers and the right-wing ripple of nostalgia for George Bush -- tested them against each other. By a margin of 48 to 38, respondents said they would elect Obama over Bush if they faced that choice. Twelve percent said "other" and 2 percent said "not sure." Newsmax didn’t publish the cross tabs but its story noted that, according to the poll, "Obama still nabs a large proportion of self-described independents, pulling 42 percent of these voters. Only 33 percent said they would opt for Bush."

While those aren't wonderful numbers for Obama, they aren't terrible either -- especially at a moment when the mainstream media depict him as weakened and imperiled.