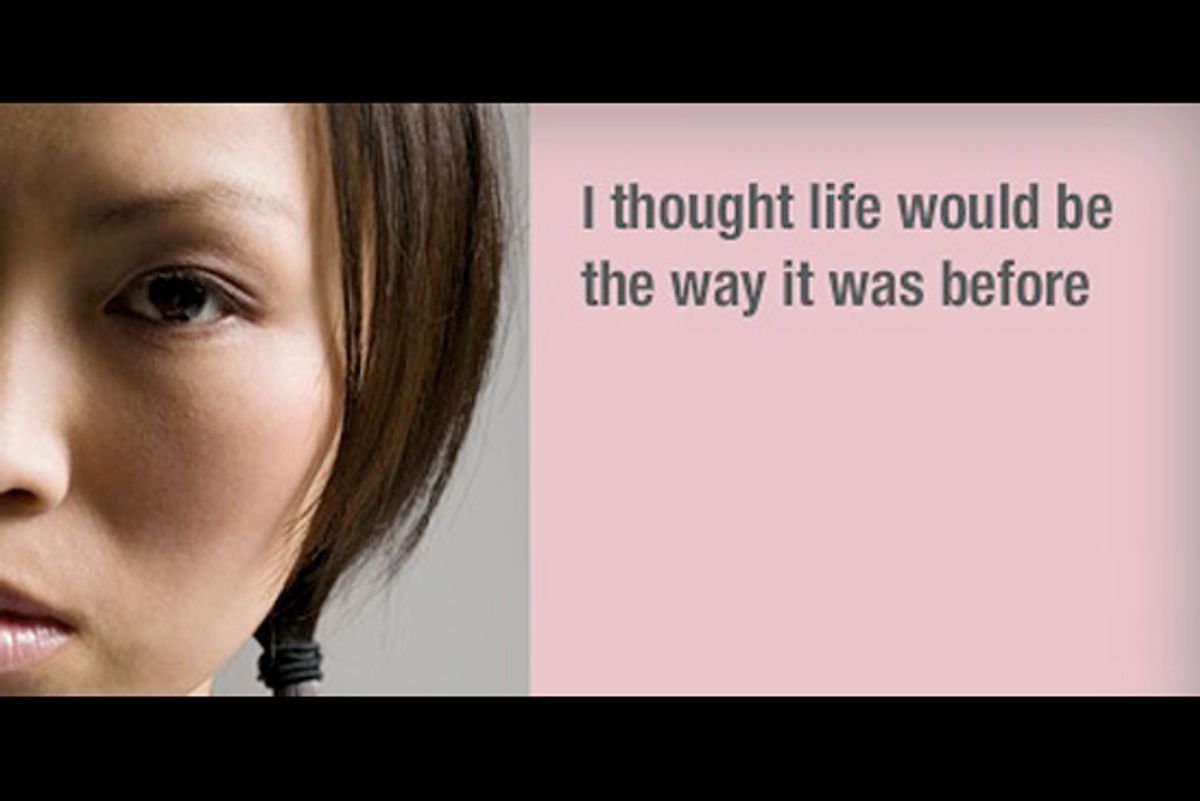 This week, New York City subways will be inundated with ads from the organization Abortion Changes You
--

Today, the New York City subway system was hit with a series of ads from the organization Abortion Changes You. According to Metro International, they "depict either a woman saying, 'I thought life would be the way it was before,' or a man saying, 'I often wonder if there was something I could have done to help her.'" Presumably, the ads look a lot like the image above, which is featured on the group's Web site/memorial for terminated fetuses.

Here's the thing: I think we should acknowledge that abortion can change you, that it isn't necessarily an "eh, whatevs" event. For some women, it may be akin to getting a tooth pulled; for others, though, it results in a profound and haunting loss. None of this goes against the dominant pro-choice message, which is that women should be allowed to make their own reproductive choices based on what they feel is right for them. Women have different experiences of abortion and they should be allowed to make different decisions, too.

That isn't to say I'm super pumped about the ads, though. They present one side of the story, which is that abortion changes you, period. Not that abortion can change a woman, but that it always does, and that is quite simply a lie. It isn't the sort of message born of concern for women, but rather a concern for converting women. Also, you know what is guaranteed to change you and your life in a profound way? Motherhood. But I don't recall seeing any subways ads featuring a woman knee-deep in dirty diapers with the text, "I thought life would be the way it was before."