Democrats get new fodder for populist strategy on healthcare reform 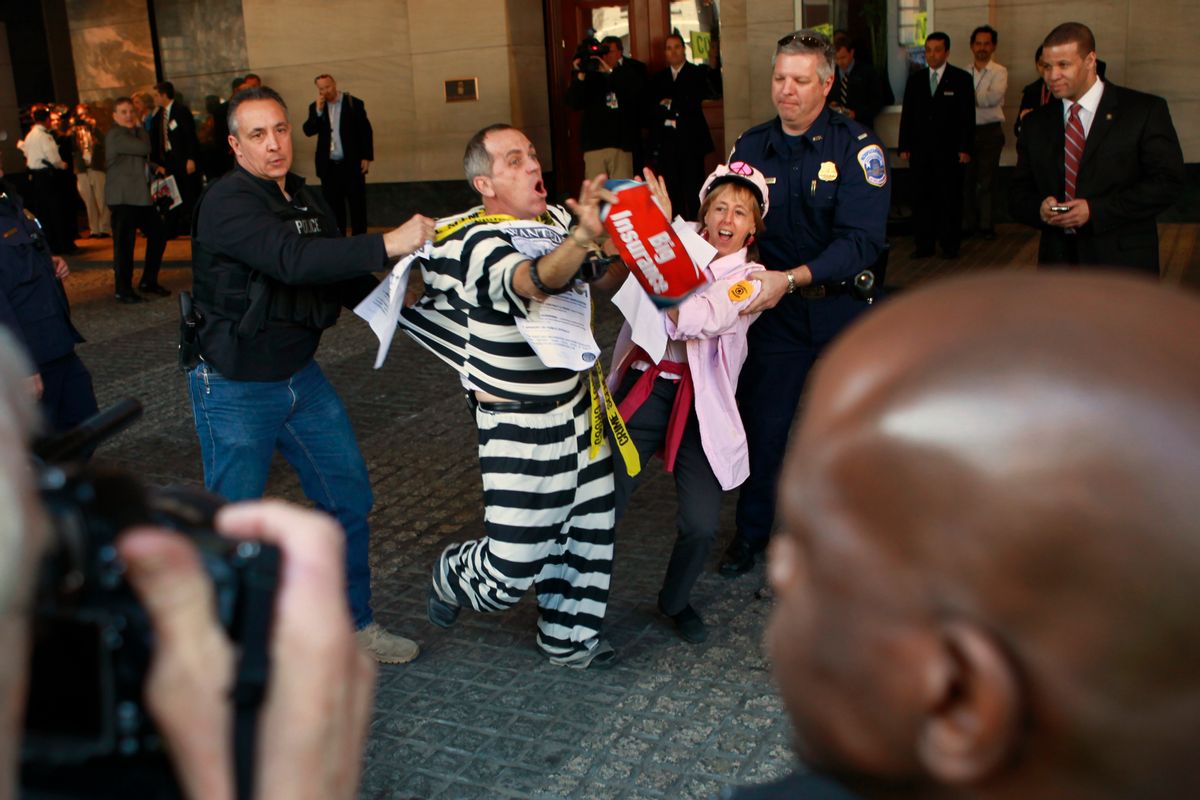 Democrats are clearly going to be pushing a populist angle very, very hard during this final push for healthcare reform. On Tuesday, the Democratic National Committee was gifted an opportunity for some of that populism: A conference being held by an insurance industry umbrella group, America's Health Insurance Plans at the Ritz-Carlton in Washington, D.C.

Here's the statement the DNC sent to reporters about the conference, from DNC National Press Secretary Hari Sevugan:

It's not surprising that the same insurance company executives who have recently jacked up already unaffordable premiums by as much as 60 percent on America's families and small businesses while also denying care to those who need it most, are holed up in the posh Ritz-Carlton today plotting their strategy to kill reform. They know that reform will make care more affordable and will ensure reliable coverage, but they also know that it could put a small dent in their record profits. And they are desperate to protect their profits. That's why they and their Republican allies are going to say and do anything to mislead and scare the American public about reform including telling the most scurrilous lies and using the most despicable fear tactics.

Today's news that Anthem is going to hike rates in Virginia proves that the insurance industry feels they can continue to gouge the American people with impunity and highlights the need for reform now. Because, while they are sipping tea at the Ritz, American families are feeling the pain of insurance company rate hikes and GOP obstruction.

Update: Of course, the problem with pushing populist messages like these is that neither of the two major parties or their leaders really live up to them. In this case, CNN's Ed Henry notes that Senate Majority Leader Harry Reid has a condo at that Ritz, as does Sen. Frank Lautenberg, D-N.J.