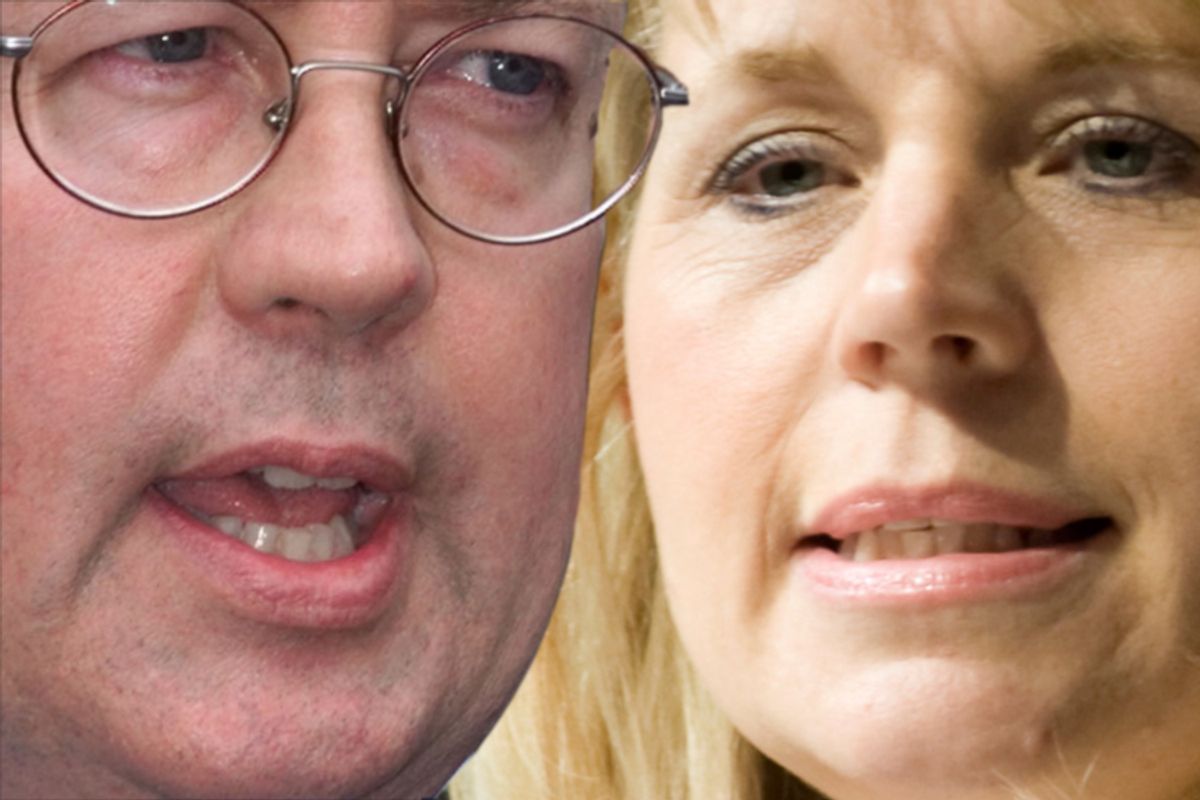 Right now I'm watching Kenneth Starr denounce Liz Cheney on MSNBC's "Countdown," and it's very disorienting. Starr was one of the villains of Clinton's impeachment, dragging his investigation far beyond the Whitewater questions that triggered it, leading the nation through a tale of stained blue dresses, sad Oval Office trysts and more than we ever needed to know about cigars. But he's delivering sense about our justice system tonight on MSNBC. Saying something nice about Ken Starr on Salon might cause our servers to meltdown – but I'm going to have to. Liz Cheney made it happen.

Even Starr is outraged by Cheney's despicable attack on Justice Department lawyers who've defended terror suspects in their past. She's labeled the group "the al Qaida seven," and suggested they should be ineligible for Justice Department work.

By contrast Starr called such work "in the finest traditions of the country." He noted that American founder and president John Adams "represented the British redcoats who were accused of the Boston Massacre – and he successfully defended seven of the British troops who were accused of these crimes." Starr worked in Atticus Finch from "To Kill a Mockingbird," remembering Finch told his kids "'I've got to do this as a matter of conscience,' and it was the conscience of a great profession… One needs to be courageous at times and stand up to power."

Starr isn't the only conservative who signed the letter. Former Solicitor General (and counsel to the anti-Clinton Arkansas Project) Ted Ols0n did too. Maybe most remarkable to me, since I've debated him, is the signature of torture-defender David Rivkin. If Cheney's gone too far for Rivkin, that's pretty far indeed.

I'm amused by the fact that Cheney's biggest defender is Wrong-way Bill Kristol, who's almost always wrong about almost everything. He predicted some conservative lawyers would sign the letter of protest, sneering "The legal fraternity doesn't like criticism of lawyers."

Starr's response? "I love Bill Kristol, I view him as a friend. But this is not consistent with the great traditions of our country and certainly of our profession...very fine traditions. [The condemned lawyers] deserve commendation. They do not deserve criticism at all. This was very unwise."

I love that it's Cheney and Kristol, two of the nation's top beneficiaries of affirmative action for conservative white people (which is far more widespread than any preferences for minorities), who are still insisting their shameful attacks are reasonable. Like naughty spoiled children, they're happy their high jinks are rattling their elders. Kewl!

But I don't think this helps Liz Cheney in her reported quest to redeem her father's legacy by running for Senate in Wyoming or Virginia. For all these conservative lawyers to immediately smack her down suggests she's a) dead wrong and b) not well respected. This is a public humiliation for Cheney, and on a lesser scale, for Kristol. It shows they don't understand "the finest traditions of our country."

Honestly, both of them are starting to look like the washed-out later generation of once-relevant elite families. We all know how that happens. I could be wrong, because being mean and conscience-free counts for a lot in politics today. But this won't be the last time Cheney is rebuked.