"The Marriage Ref" is a therapist's nightmare 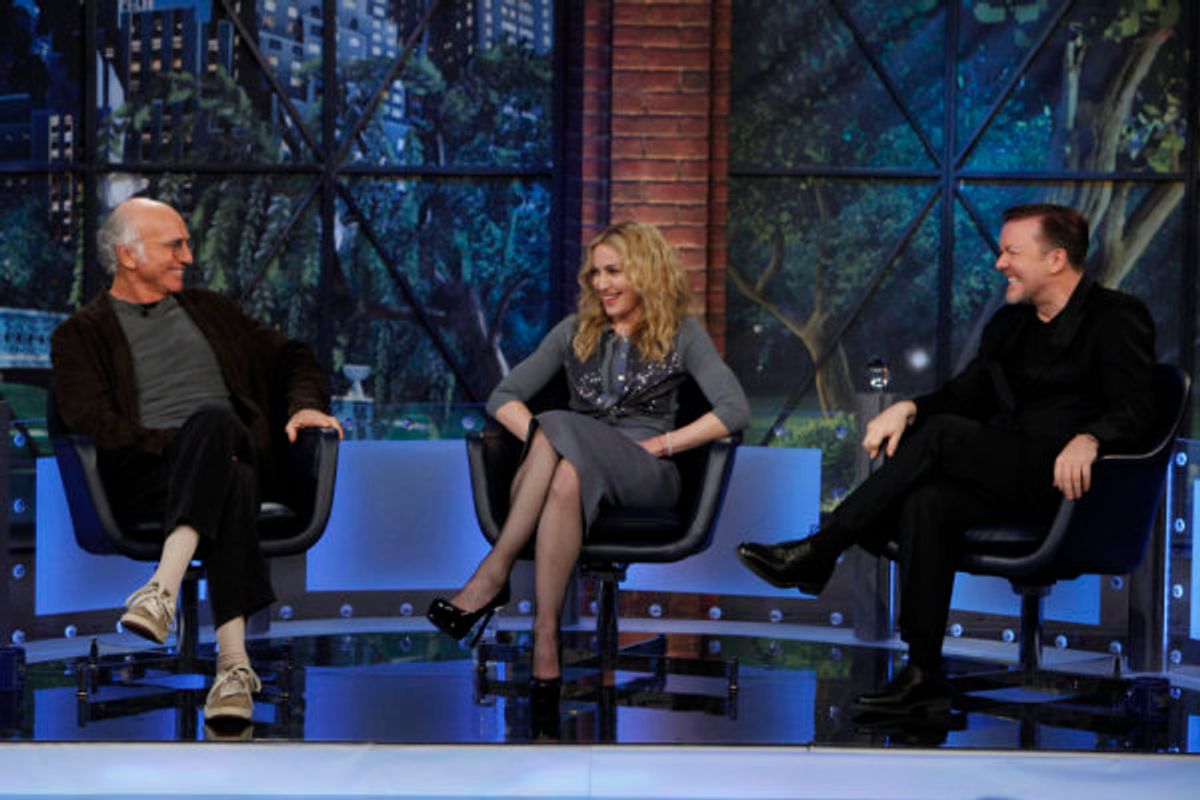 "The Marriage Ref" made its one-hour debut on NBC last week. This latest reality show takes marriage to a new low. "Real couples" bring an issue they've been arguing about and celebrity "judges" decide which one is right.

It's like a marital boxing match without the gloves. One of the spouses is declared the winner. While the show is surprisingly witty and entertaining, I couldn't help but think of the couples I've worked with in my private therapy practice and of my own marriage.

Years ago, my husband and I went to a nationally known marital therapist. Part of my agenda in going to counseling was so my husband could find out how wrong he was and how right I was.

It didn't take long for us to get into the back and forth accusations, like a tennis match between John McEnroe and Jimmy Connors. Oh, couples love to play the blame game and it can be hard for the counselor to get a word in edgewise.

Not for our no-nonsense therapist. He gave us about 10 seconds of this fruitless power play before he stood up, looked at us and said, "Oh, I'm sorry. I thought you were here for marriage counseling. I thought you were here to find out how to understand each other more, love each other deeper, and try to bring a new level of intimacy into your marriage. You don't want that, you want a referee. There are plenty of marital therapists out there who are willing to do that, but I'm certainly not one of them and I'd be happy to show you both to the door."

Well, the nerve of him! I sat there like a red-faced child who'd just been reprimanded by the principal. But like compliant children, we stopped, and started to dig deep and do the hard work to learn to truly love.

Ten years later, we're still learning. It's no easy feat to live with the same person, day in and day out … well, not if you want intimacy, not if you want to really learn about yourself and them, not if you're willing to allow your partner to be your mirror to all those blemishes and shadows we all try so hard to cover up and hide. Disillusionment about ourselves and our partners is the pathway to intimacy.

Couples don't need "The Marriage Ref." They need to be open, flexible and curious. Being "right" may feel victorious in the moment, but it's a real libido killer in the bedroom.

What is it that any of us want, desire, crave and long for? Why do some of us, despite a failure or two, continue to look for that soul mate, the one who will "complete" us (a very bad idea by the way)?

When it gets right down to it, human beings just aren't as complicated as we like to make ourselves out to be.

We want to be seen … seen for who we are, darker sides and all. We want to be felt in that way that someone is so connected to us that when we feel pain, they feel it for us, too. They can empathize, and we find relief in knowing that we have an ally. We want to be touched, we crave to be touched, whether it's in the full-blown passions of wild and unrestrained sex or the gentle holding of the hand while watching a movie in a dark theater.

I love to tousle my husband's curly hair as he passes me by, and I love it when he comes up from behind me as I'm rinsing the dishes and whispers sweet nothings in my ear.

But we are a stubborn group of people, and it is often easier to focus on the silly, the superficial and the insistence that we are right.

When Ego is in charge, there will always be a winner and there will always be a loser. Like the producers of "The Marriage Ref," couples are often only interested in content. In my practice, couples love telling me their stories as if they were Gloria Allred in the courtroom and then turning to me as if expecting some kind of verdict.

I say, "Sorry, I'm so not interested in the content. I'm more interested in how you negotiate conflict as a couple. I'm watching the two of you as you speak to each other. I'm watching how you are speaking, your tones, your looks, your lack of touch, your avoidance of each other's eyes. It's not about the content. There will always be content. The content will change, but it will always be there. It's how you handle the content that matters, how you learn to listen, be open and flexible."

John Gottman, a leading relationship and marriage researcher, has come up with what he calls, "The Four Horsemen of the Apocalypse." His research shows that these four factors are the greatest predictors of divorce:

These may seem obvious, but there are often times when, in the moment, we just don't care and care only about the insistence in being right.

Gottman's research on successful relationships shows that 63 percent of happily married couples don't "agree" on most things. But they've learned to accept and honor the differences between themselves. They have become experts at negotiating in loving ways.

Hugging the person you love at least six times a day is a huge boost and preventive medicine for relationship, and for each negative thing said, there need to be five positive things to counterbalance the words that have wounded.

I love the line in "Notting Hill" where Julia Roberts' character, a famous American movie star, says to the man she's fallen in love with, a man who is overwhelmed by her fame, "I'm just a girl asking a boy to love me."

See me, feel me, touch me. If we were all more willing to provide that to the ones we love, there would be a lot less appeal for shows like "The Marriage Ref" and a lot less work for me.