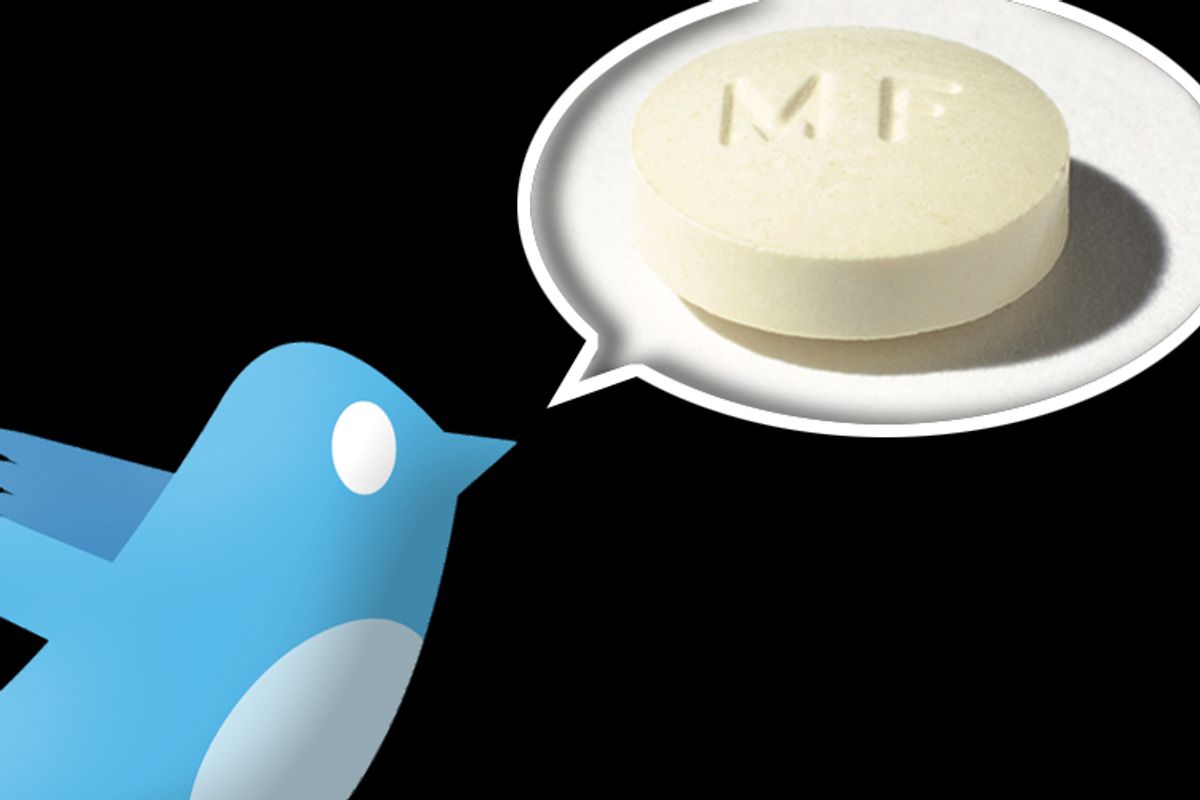 Twenty-seven-year-old Angie Jackson decided to use Twitter as a public stage for her private decision to terminate a pregnancy using RU-486, the miscarriage-inducing drug legally available in the U.S. for a decades.

Jackson, who has a 4-year-old son with special needs, says that that difficult pregnancy and outcome made her decide long ago not to have another child. She was committed to aborting future pregnancies that might occur.

If this is true, and her decision about ending her child-bearing is solid and responsible, one has to wonder why she didn't just have a tubal ligation. That would have been a logical step and one that would have spared her the discomfort of a faux-miscarriage, while saving the rest of the universe the anguish of assisting at such a personal and difficult moment.

Jackson claims to have about 800 followers on Twitter. In a CNN interview on Monday, she mentioned a book she'd like to have published. If aborting on Twitter is her idea of a great way to boost future book sales, then this is an even greater abuse of reproductive rights than I initially thought.

Those of us who came from generations where women had no legal abortion choices understand how precious the right to choose is. Those of us who drove in the dark of night to deliver or pick up a friend in a back-alley clinic, terrified that that friend hemorrhaging in the back seat of our car might die on our watch, know things that Ms. Jackson clearly cannot fathom.

We put flowers on women's graves, took to the streets, marched, got arrested, lobbied, volunteered our time, held fundraisers, took abuse from opponents, shouldered death threats, and -- in my case -- got thrown out of the churches of our birth so that our daughters and others could have reproductive choices.

We make no apologies. We have no regrets.

But the right we were fighting so hard for -- which was granted only a short 37 years ago -- was based on what the Supreme Court called "privacy."

We wanted a woman to be able to make personal decisions about their pregnancies in the privacy of their most intimate circles -- her partner, family, closest friends, physician and religious advisors, if she so chose. Or, she could decide as a panel of one and discuss it with no one.

Angie Jackson has the right to choose to take RU-486 and then write about her cramps, her bleeding, and the eventual expulsion of the products of conception on the Internet. But many of us who have spent our lives on the front lives of the abortion debate also have the right to hate the fact that she chose to do this.

At its worst, it is self-serving, exhibitionist and selfish. At best, it has "bad judgment" written all over it.

Mary Ann Sorrentino, a columnist and former radio host in New England, served as executive director of Planned Parenthood of Rhode Island from 1977 to 1987. Her Open Salon blog can be found here.