With millions out of work, attacking the safety net seems like very bad politics 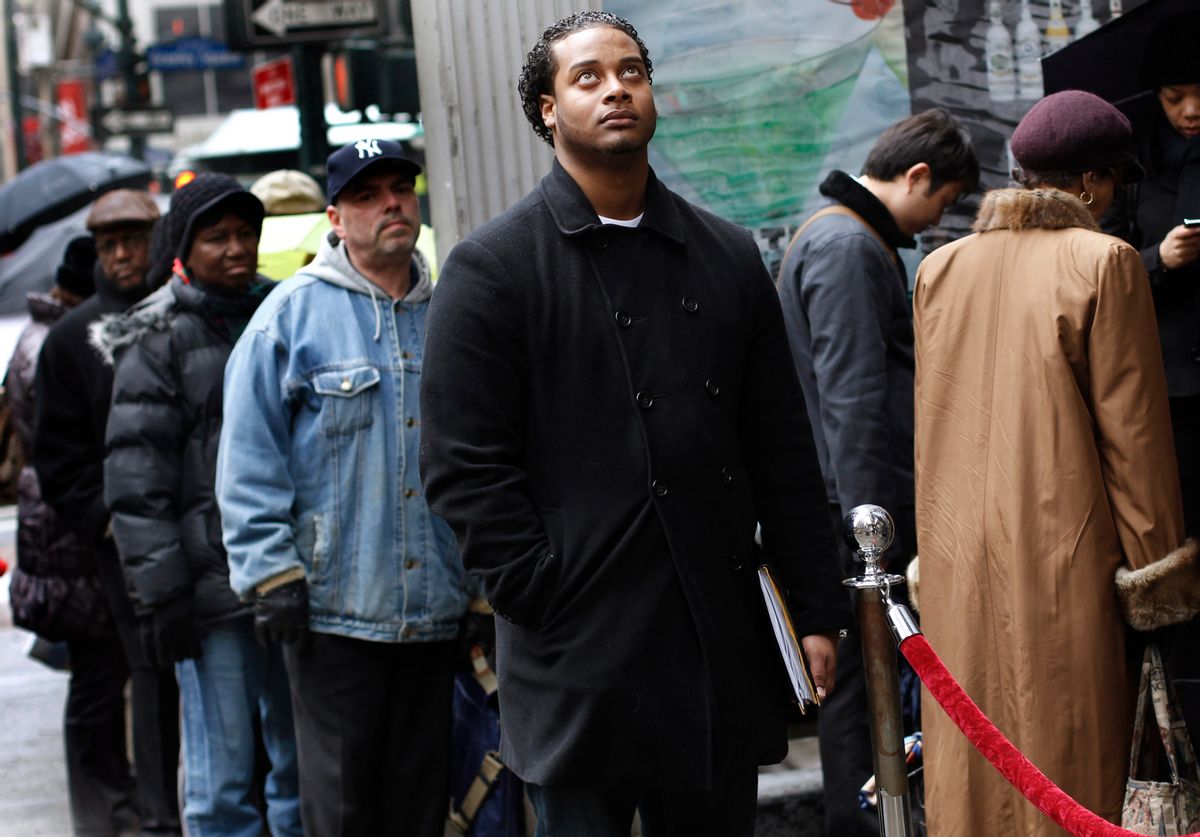 What is the political calculus behind Republicans' arguing against the extension of unemployment benefits? Steve Benen rounds up the latest outbreak of heartless demagoguery at the Washington Monthly. The newest GOPer to climb on the bandwagon -- former House Speaker Tom DeLay.

"You know," DeLay said, "there is an argument to be made that these extensions of these unemployment benefits keeps people from going and finding jobs." When CNN's Candy Crowley described his argument as "a hard sell" to the public, DeLay replied, "It's the truth."

You can append almost any wacky assertion after the preliminary phrase "there is an argument to be made" but I'll give Tom DeLay at least this much: The notion that some fraction of workers might be dissuaded from hustling for a new job by the comfort offered from an unemployment check is not completely goofball. Even Paul Krugman concedes "that really generous unemployment benefits, by reducing the incentive to seek jobs," can cause some unwanted economic problems under certain conditions.

But those conditions don't exist right now. Right now, there are about six unemployed workers for every job opening! Get rid of unemployment benefits entirely, and workers would still be crashing head on into that brick wall, regardless of their new incentives. Morever, the economy didn't shed 8 million jobs since the start of the recession because unemployment benefits were too generous. Even Casey Mulligan, the economist most likely to make the argument that unemployment insurance creates bad incentives, observes that "unemployment insurance explains only a sliver of what's happened during this recession."

But aside from the economics behind the argument, the politics of the hard-line GOP stance are baffling. It just looks bad. It hands Democrats an easy club with which to hammer. I understand the politics of trashing bailouts and government subsidies to Wall Street -- most of the country agrees. But when you've got 10 percent unemployment, you are directly telling a not insubstantial portion of the electorate that you just don't care about their well-being.

But maybe there is a clue to be found in exactly who is getting those unemployment benefits. Robert Frank had an interesting column in the Wall Street Journal a couple of weeks ago breaking down the unemployment statistics by class background.

Thirty-one percent! The poor are getting absolutely destroyed by the economic downturn, while the rich skate by. Who do you think the critics of unemployment benefits are pitching their message to?