When a bridezilla's family attacks

A spat over a wedding dress ends in violence. Should we be surprised? 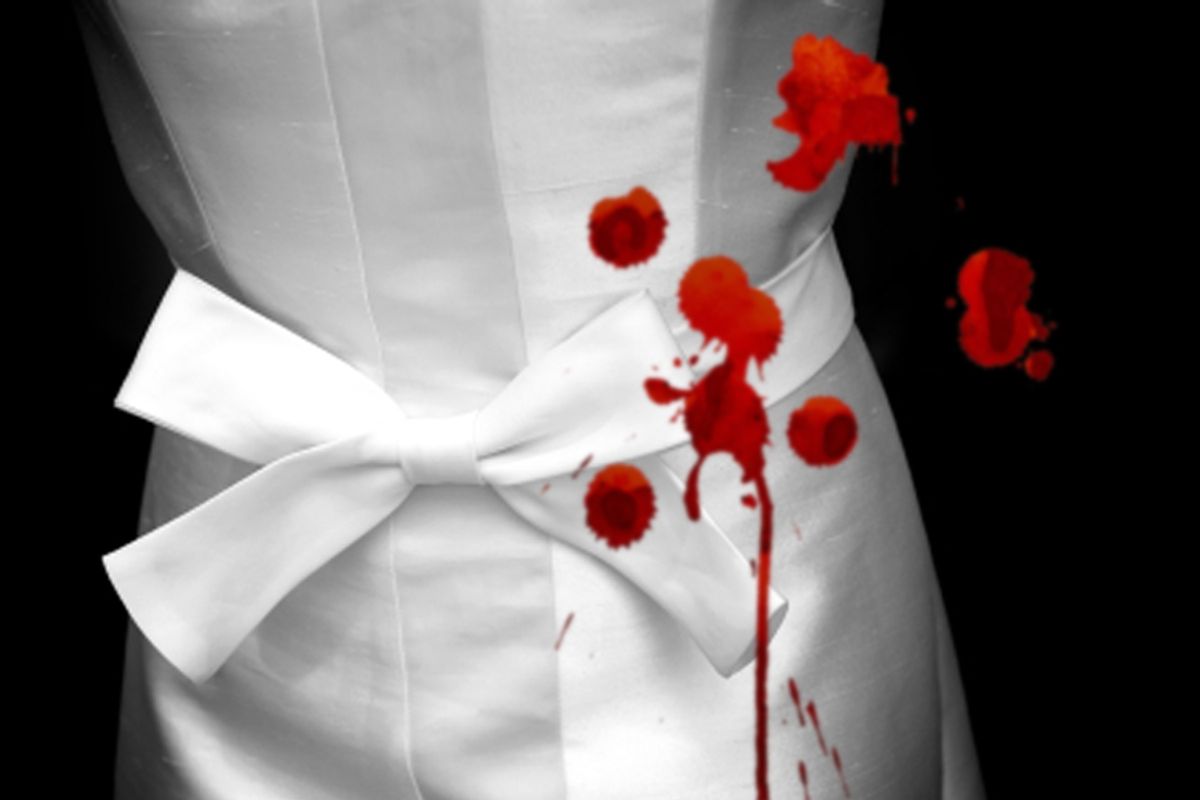 Everyone has a story about a bride who went over the edge. You know, the one who made her bridesmaids starve themselves so as not to ruin the wedding pictures or the lady who wouldn't stop calling the florist in the wee hours of the morning, mid-panic attack, unable to choose between peonies and lilies. But no matter what horror story you have to bring to the table, here's one that'll be hard to beat: The bride who incited an all-out brawl after an exasperated shop owner wouldn't alter her wedding dress.

The scene took place last week at First Lady Bridal Shop in Lathrup Village, a small city outside Detroit, when a frustrated bride and her posse "entered the store ... made demands for alterations and began verbally abusing employees." When they didn't get any satisfaction, they called in some male members of the family, who burst into the store and began beating the shop owner, his wife and their son. (Watch security footage of the sad and ridiculous spectacle below.)

Of course, there's nothing about this incident that isn't crazy. No matter what the extenuating circumstances, you have to be pretty off your rocker to resort to heavy physical violence over the alteration of a garment. And yet, the only thing that surprises me about this "bridezilla rampage" is that it doesn't happen more often.

Weddings have always attracted their own particular brand of insanity. But in the past few years, that nuttiness has reached a new level. Think, for a moment, about all the wedding-fantasy movies and TV shows we've had to endure recently: There's "Bride Wars," "Say Yes to the Dress," "Four Weddings,"  "Sex and the City" ... and that's just off the top of my head. The portmanteau bridezilla has, in the past decade, spawned everything from a TV show to an online hub for ladies who actually embrace and identify with the term. What began as a pejorative may now, in some circles, be a desirable trait -- the sign of a bride who knows what she wants for her big day and gets it, no matter what.

So, when the bat-shit bride becomes an ambivalent mainstream spectacle, glorified, derided and, most important, normalized, is what happened at First Lady any wonder? Mix an apparently unstable family with the culturally ingrained need for a flawless wedding and it's easy to see how a small disagreement escalated to violence. Now, before I leave you, notice that I didn't say "woman" or "women" but "family": Let's not forget that, despite the "bridezilla" headlines, it was the bride's male relatives who did the shoving, spitting and punching. I guess ladies aren't the only ones willing to crack skulls in service of the fairy-tale wedding myth.