Delighted cyclists will embrace the search engine's shiny new tool, and their relentless criticism will improve it 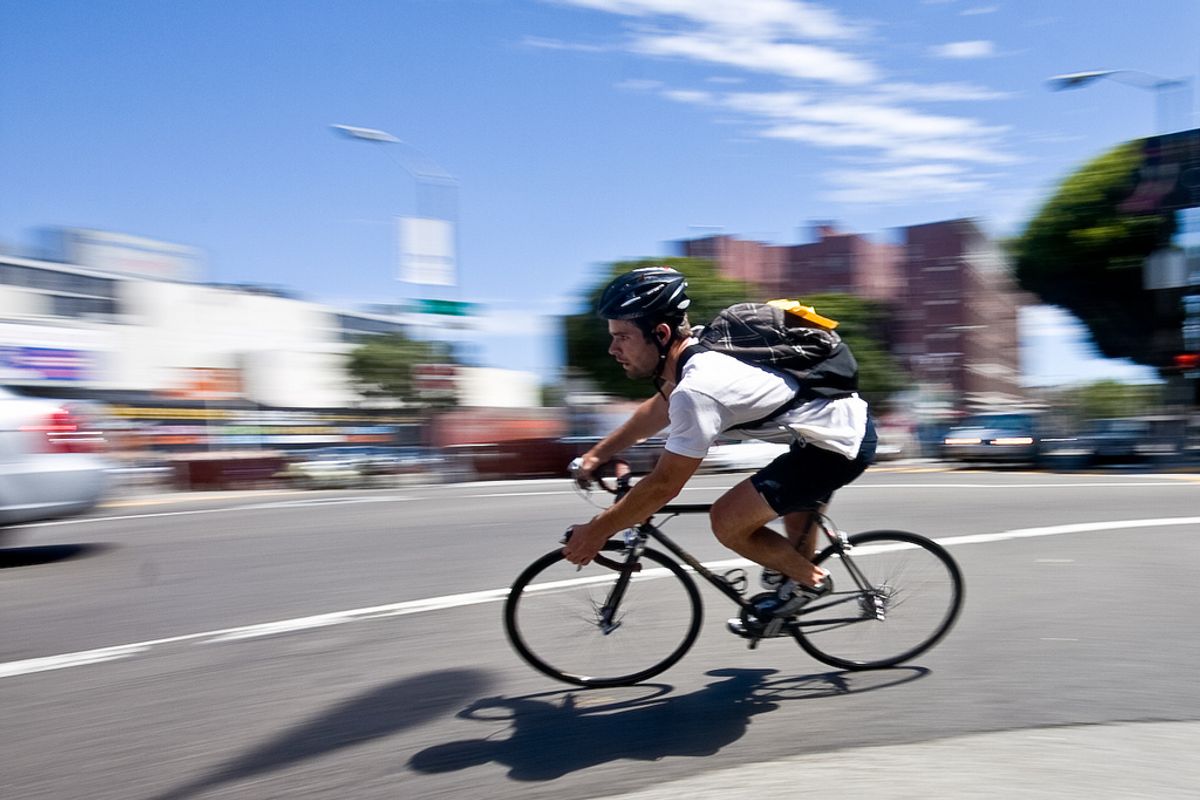 The guy at my new favorite bike shop handed me a packet of papers, pointed to the one with the serial number of my new bicycle written on it, and told me that the shop would keep its own copy, "in case some other bastard steals your bike again."

I told him I wouldn't let that happen. "I will be sleeping with this bicycle," I said.

He nodded, deadpan. "Not a bad idea at all."

And then I sped away, riding a wave of shiny new bicycle euphoria, along with my beautiful steel-framed Bianchi. Two months ago, my home was broken into and my laptop, bicycle, and the leather jacket I inherited from my father were stolen. It is a stab in the gut to lose a bike that I had ridden ten thousand miles on in the last ten years, a sucker-punch that just kept on giving. But nothing heals such wounds like a new bicycle.

This is something that cyclists have been hoping for and working towards for a long time. Oh sure, I know there will be bugs in Google's routing algorithm, which is designed to automatically suggest the most bike-friendly route to get you from point to point. It's a lot trickier to figure out the best bike route for a trip than the speediest, most direct route for a car. Bikers will go out of their away to avoid high traffic streets or will purposely seek out especially scenic routes. And, if the alpha bike geeks who swarm in the Bay Area are any example, they will not be shy about exposing Google's failures and trumpeting them to the heavens. But Google's representatives are taking pains to stress that they will be welcoming user feedback to correct any errors or add additional info: My hope is that a properly designed and administered system will marry Google's algorithmic-fu with localized human intelligence and, over time, we will get a platform of bike-rich geography that just keeps improving. That, more or less, is how the distributed knowledge-base that is the Internet keeps evolving.

However, I did think that Google's geeks, especially those based in Seattle, were made of tougher stuff than this:

Uphill slopes: l don't know anyone who enjoys biking up a hill, especially when you're trying to get somewhere you need to be. Going uphill is worse than simply being much slower; it's also exhausting and can take a toll on the rest of your ride. Our biking directions are based on a physical model of the amount of power your body has to exert given the slope of the road you're biking on. Assuming typical values for mass and for wind resistance, we compute the effort you'll require and the speed you'll achieve while going uphill. We take this speed into account when determining the time estimate for your journey, and we also try hard to avoid routes that will require an unreasonable degree of exertion. Sometimes the model will determine that it's far more efficient to make you ride several extra blocks than to have to deal with a massive hill. My teammates in San Francisco were relieved to see that this does indeed work!

He doesn't know anyone who enjoys biking up a hill, in Seattle?! I respectfully suggest that these cyclists are not living in the right city. OK, maybe "enjoy" isn't quite the right word to capture the exhilaration of burning quads and an aching back and black existential despair as you struggle in your lowest gear to get up an endless 15 percent grade. But there's no downhill joy without that uphill pain, and how else are you going to get stronger?

I fully expect that the next iteration of Google Maps will include a feature that allows me to seek the hilliest route between two points. But I'll be patient while I wait. Because I have a new bike, and now the whole world is a lot more shiny.

Bicycling Google How The World Works