Your very own "Mad Men" Barbie

In a beautifully ironic move, Betty, Don, Roger and Joan all get the Mattel treatment 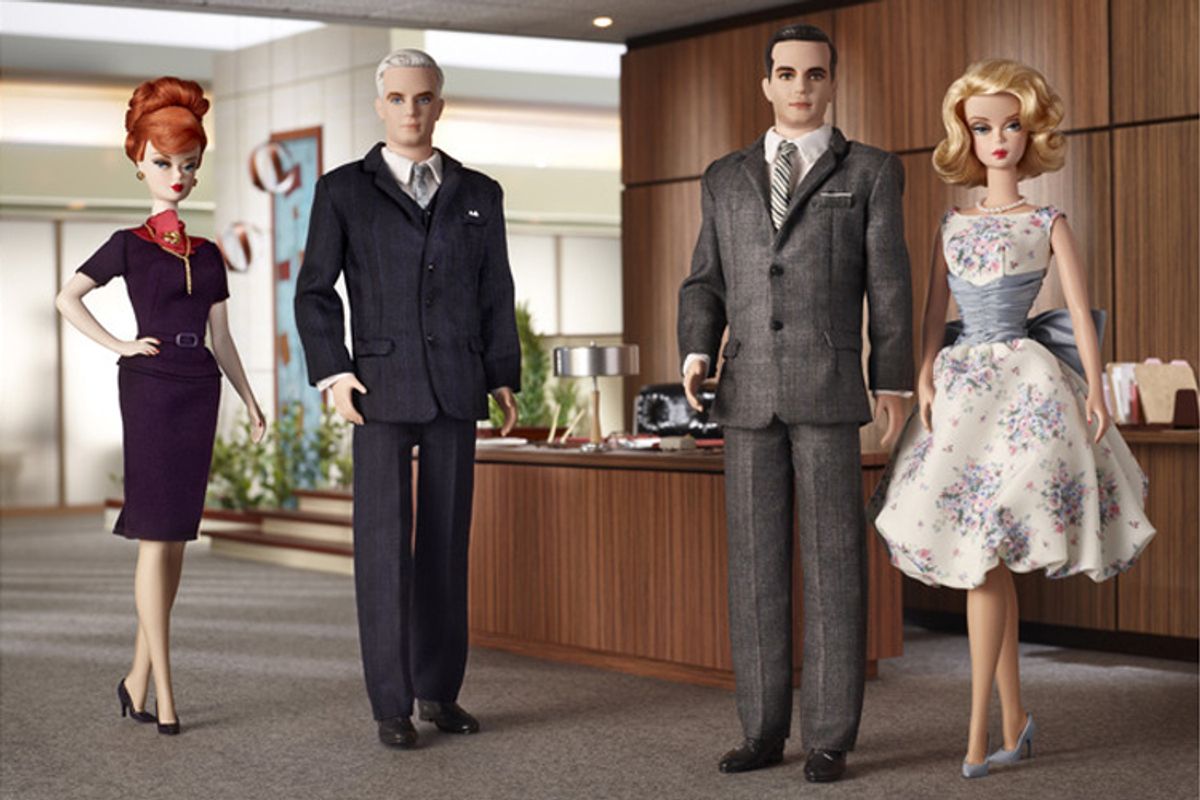 The plastic protagonist of little girls' dreams is being molded into an even more depressing fantasy. In a new collectors' series, Barbie and Ken will be modeled after "Mad Men's" unhappily married couple, Betty and Don Draper, as well as the show's extramarital (and yet still unhappy) couple, Roger Sterling and Joan Holloway. Come on over to my house, let's all play depressed '60s housewife!

Now, of course, these dolls aren't being marketed to little ones. At $74.95 a pop, these are obviously for Mommy and Daddy's toy collection. But there is a delicious irony in Barbie, that longtime purveyor of unrealistic, unhealthy female expectations, being turned into Betty Draper, a woman who finds that the domestic dream is actually a waking nightmare. In fact, Barbie premiered in 1959 and "Mad Men" starts off in 1960. As Robert Thompson, a television and pop culture professor at Syracuse University, told the New York Times, Betty represents "the wife who lives in her dream house whose soul is eaten away."

It's a rather perfect merchandising partnership, I'd say. But I do have one major complaint: Where the hell are Joan's curves?