Rob Bickhart, the finance chief whose weird anti-Obama PowerPoint embarrassed the GOP, has a strange resume 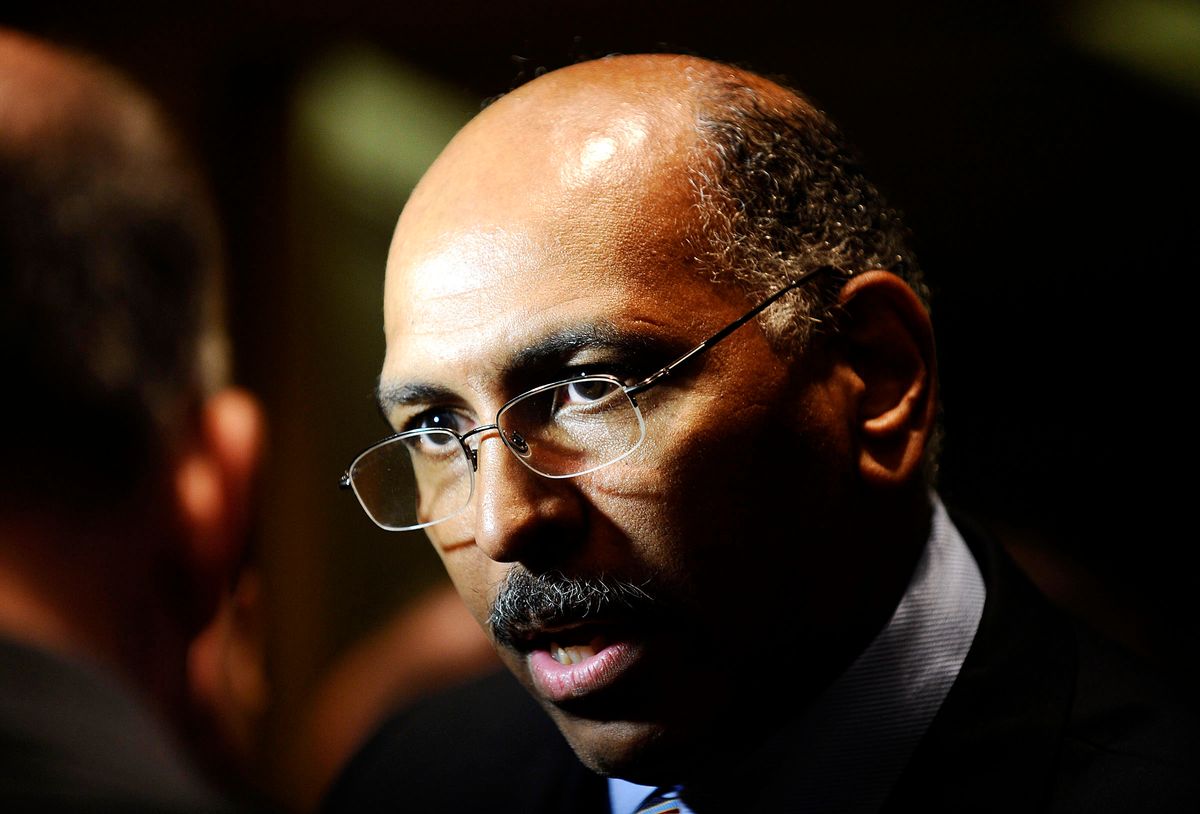 Decent Republicans were embarrassed and disturbed last week by exposure of the bizarre fundraising presentation at their party's Boca Raton, Fla., retreat -- and now they are facing questions about the GOP's exorbitant payments to Rob Bickhart, the Republican National Committee finance director responsible for this fiasco. It seems that party chairman Michael Steele (and whoever else was responsible for hiring Bickhart) failed to adequately vet the consultant before bringing him on staff last year. Back home in Pennsylvania, where he worked closely with Rick Santorum and the Bush-Cheney 2004 campaign, his ethical record was splotched.

In early 2006, dubious spending by both entities came under sharp scrutiny by the American Prospect (where I was then the investigative editor) and the Philadelphia Daily News, which jointly published a two-part examination of Santorum's tangled finances by reporter/blogger Will Bunch.

What Bunch found wasn't very edifying, especially for a politician who had just been named to rewrite ethics rules for the Senate Republicans in the aftermath of the Jack Abramoff scandal. The Operation Good Neighbor Foundation, billed by Santorum as a "compassionate conservative" project to uplift the poor, was raking in money but spending most of the proceeds on overhead, salaries and fundraising, with relatively little devoted to actual charitable endeavors:

A review of federal tax returns filed by the foundation for 2001, 2002, and 2003 shows that the charity spent just 35.9 percent of the nearly $1 million raised on its charitable grants, while spending 56.5 percent on expenses like salaries, fund-raising commissions, travel, conference costs, and rent. Charity experts say that charitable groups should spend at least 75 percent of their money on program grants, and that donors should beware of organizations that spend as little as Santorum's has.

"The majority of organizations are able to meet that 75 percent figure," says Saundra Miniutti of Charity Navigator, a watchdog group. Without addressing Santorum's charity specifically, she noted that nonprofits spending in the range of just one-third on programs are "extremely inefficient."

Moreover, the foundation is not registered with the Pennsylvania Department of State. A spokeswoman for the state agency said that any charity that solicits and raises more than $25,000 in Pennsylvania is required by law to register. Records included on the foundation's 2002 tax filing list $94,000 in donations from sources in the state. State law says that violators of the registration law run the risk of civil penalties and possible legal action by the state.

The list of 2002 donors -- displayed on a Web page marked "not open to public inspection" -- includes several major donors to Santorum's political campaign. Most notable is Philadelphia Trust Company, the same private bank that refinanced Santorum's Virginia home in 2002, which gave $10,000. The CEO of Philadelphia Trust, Michael Crofton, is chairman of the charity's board of advisers. The foundation also raised $25,000 from the PMA Foundation, the charitable arm of a risk-management firm in suburban Philadelphia; $25,000 from the suburban Philadelphia development firm Preferred Real Estate; and $10,000 from J. Brian O'Neill, the brother of that firm's founder and himself a developer.

The charity also received $10,000 from the Keystone Sanitary Landfill, owned by Louis DeNaples, a controversial Scranton businessman who is fending off published allegations that he associates with organized-crime figures. [DeNaples is in fact a casino owner whose alleged ties to the Bufalino mob family in Pennsylvania have landed him in very hot water over the past few years.]

The donor list isn't the only overlap between Santorum's charity and his political operation. The charity's treasurer is Barbara Bonfiglio -- who works out of the Washington, D.C., lobbying firm of Williams and Jensen and serves as treasurer of the senator's leadership PAC, America's Foundation.

Operation Good Neighbor also paid $50,000 in total salary in 2002 and 2003 to Rob Bickhart, Santorum's finance director, who is also the charity's executive director. It has paid $118,710 in fundraising fees to Maria Diesel of Chester County, Pa., who also raises money for Santorum's political efforts.

Under Bickhart's direction, in other words, Santorum's tax-exempt nonprofit "charity" filled the wallets of his political operatives while shortchanging the poor. The story provoked immediate revulsion. The Washington Post ran a strong editorial complaining that outfits like Operation Good Neighbor were marred by "an inevitable element of extortion" and noting its shoddy self-dealing. Santorum stepped aside as the Senate leadership's ethics spokesman and lost his bid for reelection.

Four years later, everybody associated with that dingy episode is back in business, thanks to short memories and enduring gall.

Bickhart is collecting huge fees on top of a big salary at the RNC, where Chairman Steele has now asked him to investigate his own misconduct. Santorum raised well over a million dollars for his still-active PAC last year, which he is using to promote himself as a potential presidential nominee. Just the other day, he addressed a major religious right group in Iowa, where he was introduced by none other than Ralph Reed, the former Christian Coalition leader and Abramoff crony -- who is also trying to refurbish his career.

If Republicans worry about the party's lousy public image, they should ask themselves why figures like Bickhart, Reed and Santorum always prosper in their midst -- and why such political grifters are never punished or ostracized.