Can House get healthcare done by deadline -- or at all?

The date President Obama wants bill passed by is approaching, but it's still not clear that Dems have the votes 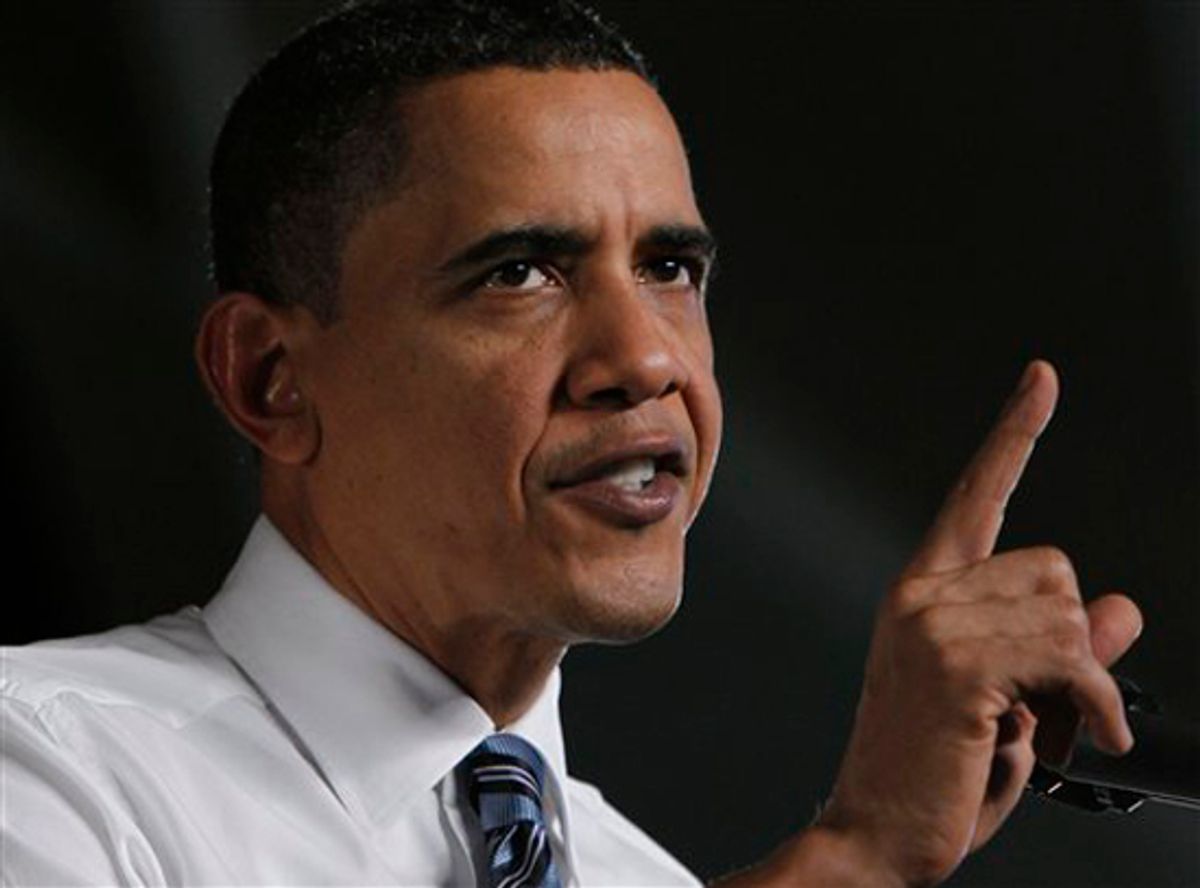 As of today, Congressional Democrats have exactly one week to get healthcare reform passed -- that is, if they want to make the latest deadline that President Obama has set for them. Of course, there have been a number of blown deadlines in this process already; it seems like that pattern won't change now. Indeed, there's still a real question about whether Democrats can get a bill passed at all.

The Senate has been the focus, and the sticking point, for much of the debate over reform. Now that Democrats have finally settled on using reconciliation to avoid a filibuster in that chamber, however, the real action is in the House. In order to prevail there, Speaker Nancy Pelosi needs to pull together 216 votes, which constitutes a majority since there are currently four open seats in the House.

At first glance, it seems like that shouldn't be a problem -- the House's bill did get 220 votes last fall, after all. But two Democrats who voted for the bill, Reps. Neil Abercrombie and Robert Wexler, have resigned in the interim, and Rep. John Murtha, D-Pa., another "yea" vote, died. On top of that, the lone Republican to vote for the legislation the first time around, Louisiana Rep. Joseph Cao, now opposes it. That brings the total down to the bare minimum of 216 votes. Plus, Rep. Mike Arcuri, D-N.Y., who voted for the bill in the fall, now says he's going to vote against, meaning that knowing what we know right now, Pelosi doesn't have enough support to pass the bill.

There's still time for both sides to whip votes, though, and a fair amount of members are up for grabs. Opponents of the legislation are -- and should be -- cheered by the continued opposition coming from Rep. Bart Stupak, D-Mich., who says he has about a dozen votes that will move away from the bill if his amendment restricting funding for abortions isn't included in the bill. Other Democrats who voted "yea" last year are wavering, too.

On the plus side for Pelosi, the fact that President Obama's proposal involves essentially passing the more conservative Senate bill, with fixes that remove some of its more unpalatable provisions, means some moderates who were no votes the first time around can probably be swayed.

Republicans, meanwhile, have adopted a new strategy for fighting against the bill, one that could actually prove effective: They've all but started taunting House Democrats. Among other things, they're working hard to exploit the divide that already exists between Democrats in the House and the Senate, trying to convince members of the lower house that their Senate colleagues won't deliver on their promises to fix their bill through reconciliation. That would leave vulnerable Democrats in the position of having to explain to voters why they voted for a bad bill that included things like the "Cornhusker Kickback." They're also pressing hard on abortion, reminding members that reconciliation rules won't allow for a fix to the Senate's language on the issue.

We should know more about how all of this is going to go after today, when House Democrats are slated to meet and go over provisions of the final legislation. More importantly, the Congressional Budget Office is expected to release its scoring of the package; once that happens, the markup process will begin in committee and things will really shift into gear.