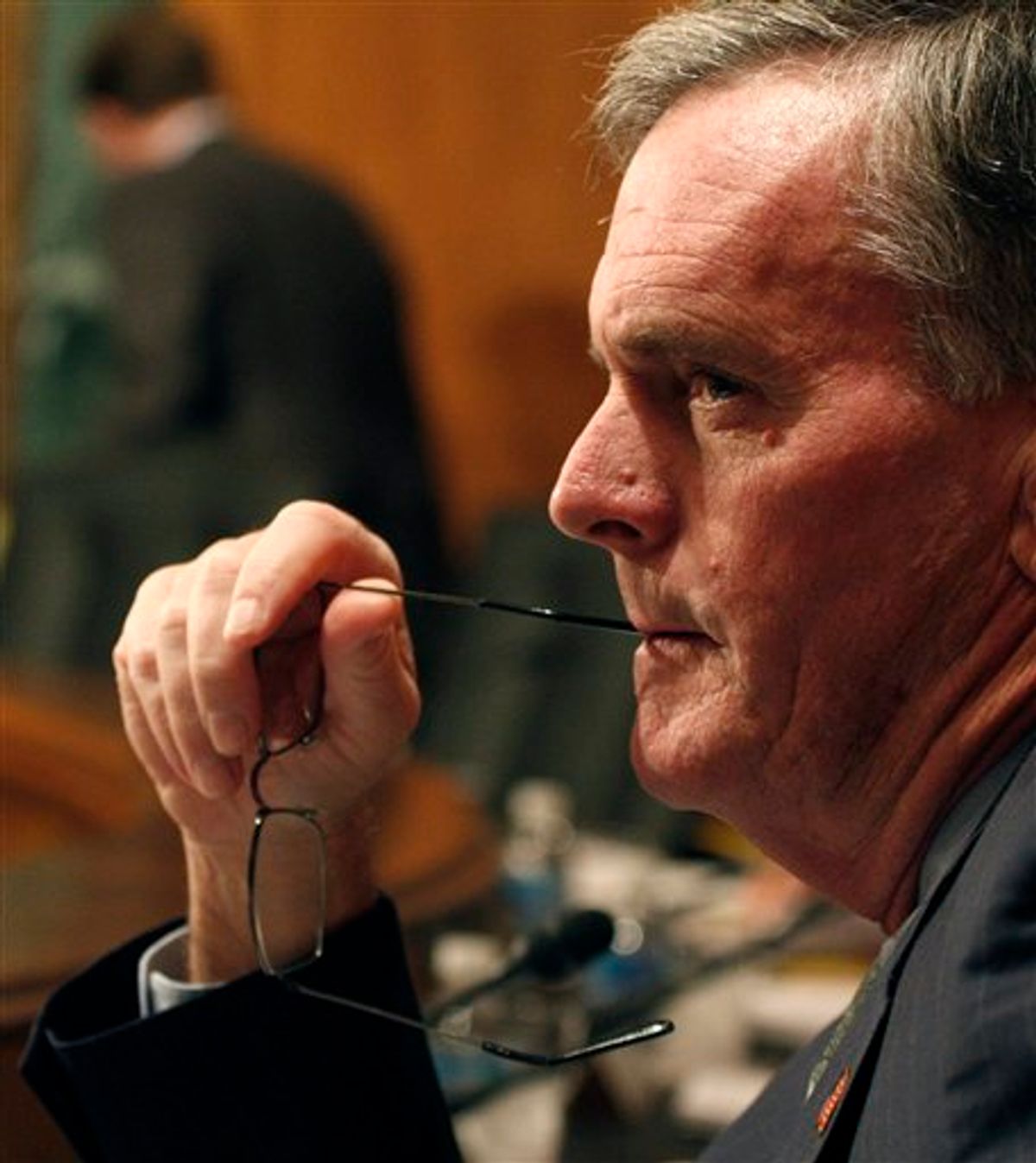 FILE - In this Sept. 29, 2009, file photo, the Senate Banking Committee Republican Sen. Judd Gregg, R-N.H. is seen on Capitol Hill in Washington. Unlike some of his lame-duck colleagues, Gregg isn't disillusioned with Congress. Bipartisanship isn't dead, he says, and neither is health care reform.(AP Photo/Harry Hamburg, File) (AP)
--

Dean Baker highlights a quote in in the Washington Post from Senator Judd Gregg, R-N.H., complaining about a new jobs bill passed by the Senate on Wednesday.

Hasn't Gregg been listening? There's no shortage of economists who will explain the benefits of running a government deficit during an economic downturn. The goal is to boost demand, which will lead to higher employment, and ultimately, higher tax revenues that could conceivably end up reducing the deficit. Gregg knows this. He's been around the block a few times. Maybe he's just trying to show solidarity with those of his colleagues who believe we should just stop giving unemployment benefits to workers, period, but at the very least he is being remarkably disingenuous. He's a politician: High unemployment is bad for politicians, too.

If he's still wondering today, maybe he should look at the new jobless claims numbers which offer precious little support for the hope that March is going to witness gangbuster employment growth. New claims for benefits for the first week of March fell only 6,000 from the previous week, down to 468,000. The four-week moving average rose by 5000. Neither number jibes with the prediction made by some analysts that 300,000 new jobs will be added to payrolls in March.

And even a seemingly big jump wouldn't necessarily be that great news, argues Calculated Risk, if you take into account the likely effects of February snow and March census hiring. On the jobs front, there's precious little good news to hang one's hopes on. And without employment growth, consumers won't spend, homeowners will continue to be forced into foreclosure and the likelihood that politicians will hold onto their seats in November will continue to fall.