Goggins was the first black woman in the S.C. Legislature and helped transform the American education system 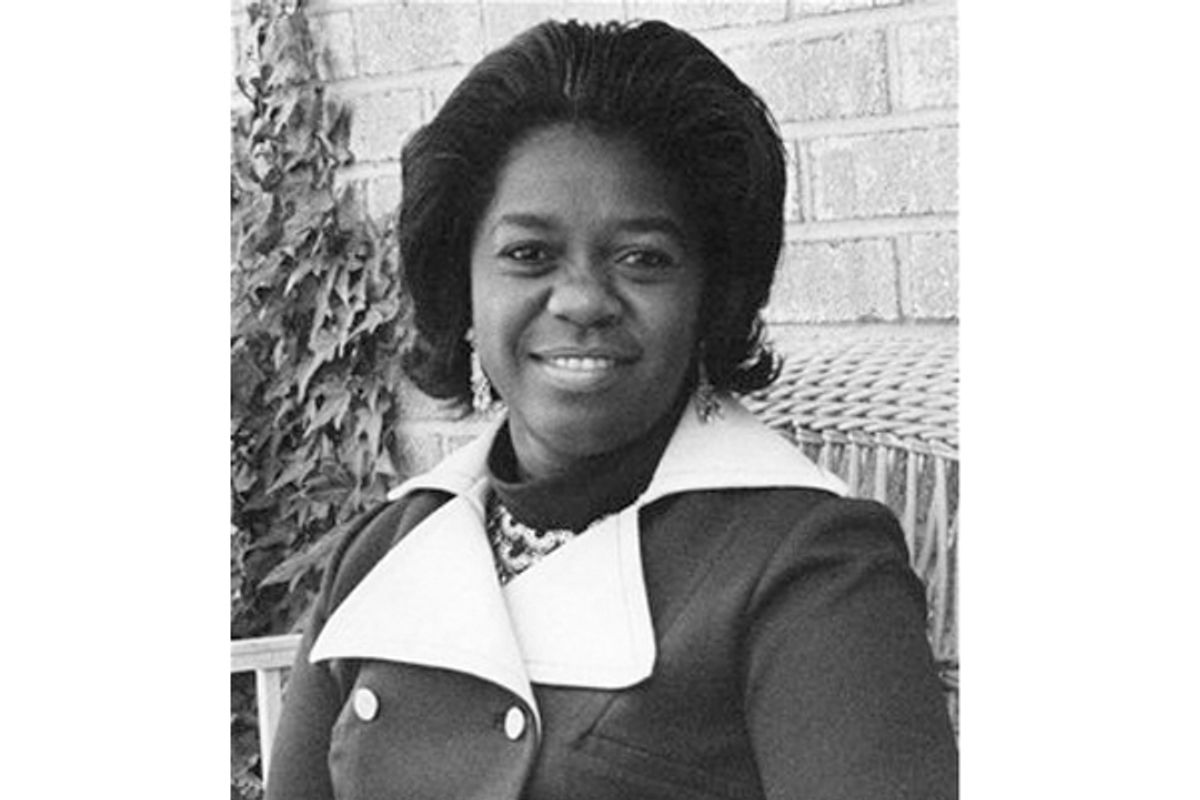 When Juanita Goggins became the first black woman elected to the South Carolina Legislature in 1974, she was hailed as a trailblazer and twice visited the president at the White House.

Three decades later, she froze to death at age 75, a solitary figure living in a rented house four miles from the gleaming Statehouse dome.

Goggins, whose achievements included key legislation on school funding, kindergarten and class size, had become increasingly reclusive. She spent her final years turning down help from neighbors who knew little of her history-making past. Her body was not discovered for more than a week.

Those neighbors, as well as former colleagues and relatives, are now left wondering whether they could have done more to help.

"I'm very saddened. People like her you want to see live forever. She had quite a gift for helping others," said state Sen. John Land, a fellow Democrat who was first elected to the House the same year as Goggins.

Goggins, the youngest of 10 children, grew up the daughter of a sharecropper in rural Anderson County, about 130 miles northwest of the capital. She was the only sibling to earn a four-year college degree. Her bachelor's in home economics from then-all-black South Carolina State College was followed by a master's degree.

"I am going to Columbia to be a legislator, not just a black spot in the House chambers," she told The Associated Press in 1974 following her victory over an incumbent white man from a district just south of Charlotte, N.C.

Voters "were weary of poor representation. They were ready to accept a person who was sincere and concerned about things. Those feelings go beyond color," Goggins said.

She sat on the powerful House budget-writing committee and was responsible for funding sickle-cell anemia testing in county health departments.

The former teacher also helped pass the 1977 law that is still the basis for education funding in the state. Her proposals to expand kindergarten and to reduce student-teacher ratios in the primary grades were adopted after she left politics in 1980, citing health issues.

"She was not bashful or anything. She liked to talk. I used to say she could sell an Eskimo ice," recalled Ilese Dixon, 88, of Pendleton, Goggins' last surviving sibling. "She was just lively and smart. She thought she could fix the world."

Her colleagues say they never learned the specifics of her illness and, since she didn't talk about it, they didn't press.

Several years after leaving the Legislature, Goggins divorced and then moved to Columbia in the early 1990s, renting the brick ranch house in a quiet neighborhood off North Main Street where she lived for 16 years.

Her son said she worked several years as a case manager for the state Department of Health and Environmental Control, although a spokesman said the agency had no records of her employment. At one point, she also started a nonprofit tutoring service called the Juanita W. Goggins School of Excellence.

Neighbors said she was always a private person. One neighbor said she would return her waves, but refused to let visitors in the door.

Last year, about the same time the Legislature voted to name part of a state highway after her, Goggins was mugged near her home. She changed the locks on her door and stopped taking walks, according her neighbors and landlord.

Police found Goggins' body March 3 -- two weeks after she was last seen. Her landlord contacted police after a next-door neighbor realized he had not seen her lights on in some time.

Coroner Gary Watts said she died of hypothermia, probably about Feb. 20, and said he found indications of dementia. When she died, during a cold snap, Goggins was wearing several layers of clothing, yet her heat was working at the time.

She had money to pay her bills, but the utility company said it shut off the electricity for nonpayment Feb. 23. Watts said it appeared Goggins was using Sterno to cook, but her stove was still functioning when police climbed through a window and found her.

"I miss her," said Erskine Hunter, an 83-year-old neighbor who ensured Goggins' lawn was mowed and hedges were trimmed. "I don't know why I didn't go over there and hammer on the door."

Hunter said Goggins occasionally came to his home and visited with his granddaughter. She refused to let anyone drive her anywhere, and refused rides to and from the bus stop, so he often went to the grocery store for her. But he had not done that in several months.

State Sen. John Scott, whose realty company owns Goggins' home, said he and his sister tried to take care of Goggins as best as they could without prying.

"We lost a great trailblazer," said Scott, a Democrat from Columbia. "Our family's very saddened this happened to a person who's given so much."

His sister who manages the property, Linda Marshall, said Goggins declined help from the county.

"She needed someone to assist her, but anyone who tried to get close, she'd block them off," she said. "She was very fragile. This was something I always dreaded."

Why she withdrew remains a mystery even to her son. He attributes it to her illness, which was never fully diagnosed.

"That's something I've been trying to get my head around for the last 15 years," said Horace Goggins Jr., 42, of Powder Springs, Ga.

He last saw her about six months ago. She would not let him help her either, he said.

He wants to focus on her accomplishments and the good times at his mother's funeral Friday in Rock Hill.