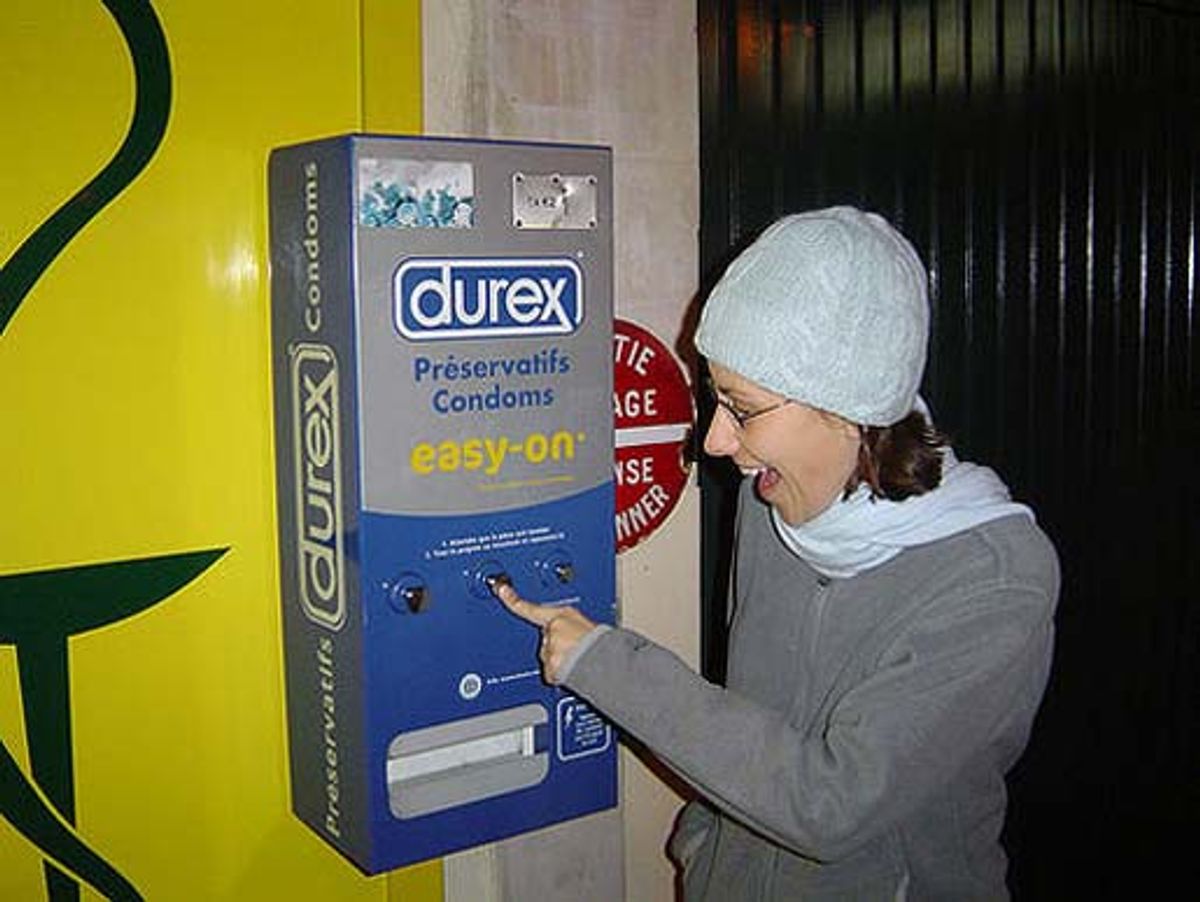 Six vending machines chock-full of condoms -- that's the plan at a high school in Rome to encourage students to have safe sex. It's a practical, no-nonsense approach: Make buying contraceptives as easy as buying a soda, and maybe teens will be more likely to protect themselves. But, of course, there are few places where the words "condoms" and "high school" go together without at least some controversy -- and that's particularly true in the home of the pope, where the mere mention of contraception can be treated as blasphemy.

The Associated Press paraphrases the pope's vicar for Rome as saying that the school's officials are "trivializing sex." The newspaper of the Italian Bishops' Conference says the plan treats sex as "mere physical exercise" and that sex educators care more about "the health and hygiene consequences of sex" than they do about the ... fire and brimstone consequences. Alternatively, one might say they are more concerned about the scientifically proven consequences, as opposed to those some merely believe to exist.

The school's headmaster, Antonio Panaccione, says the criticism is a bunch of rubbish: "The scandal is that we do it in Rome, because this is the city of the pope and therefore one can't really talk about sex. They can talk about pedophilia, can't they?" Oh yeah, he just went there. The good news is the school simply isn't backing down. The six vending machines will soon be installed against the Vatican's wishes -- and, indeed, why follow the lead of the pope, a man who believes the solution to the AIDS epidemic in Africa is abstinence and fidelity?