His claim: Passing healthcare will be "calamitous" for Democrats. The reality: This is what he always says! 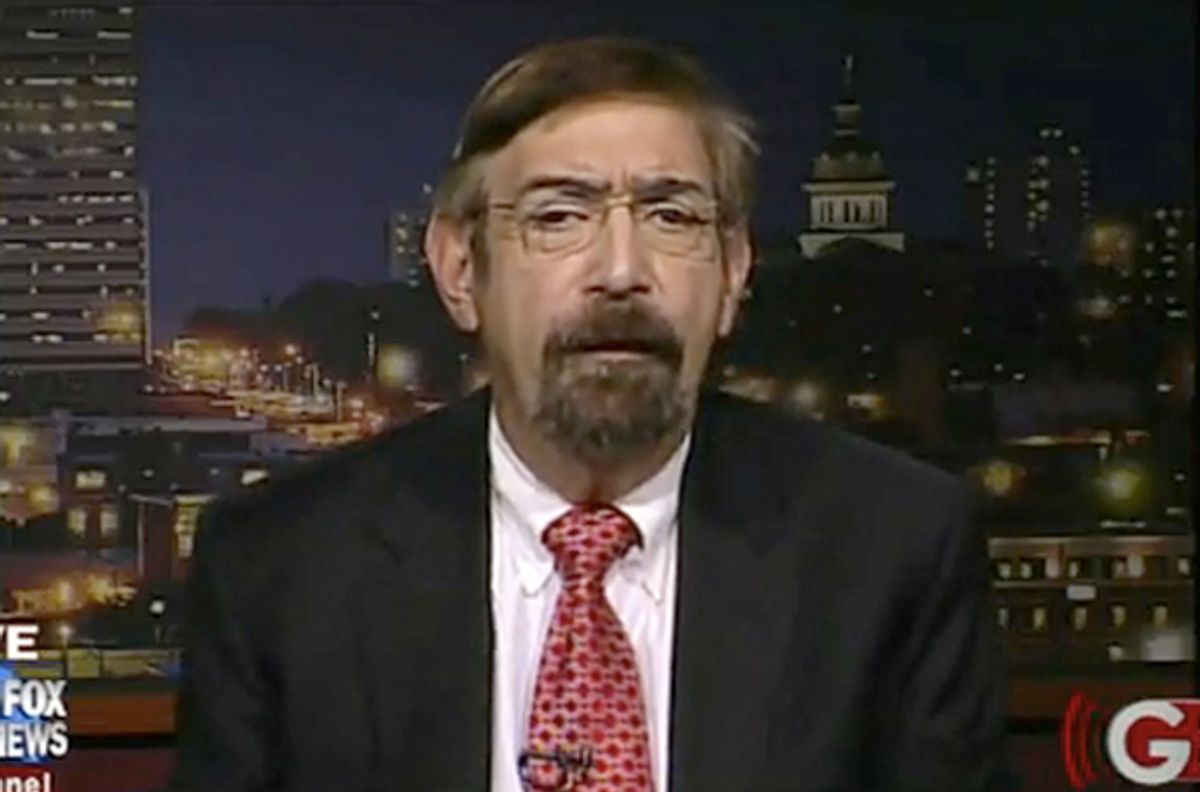 Pat Caddell is what you might call a self-loathing Democrat.

He was once -- back when 8-tracks and lava lamps were the rage -- a star in his party. But over time, he's burned bridges, gone a little crazy, and seen his campaign work dry up. Then, about ten years ago, he reinvented himself as a different kind of Democratic pundit -- one who thinks that just about everything Democrats say and do is morally and strategically reprehensible. And, what do you know, he's become one of Fox's favorite talking heads!

Caddell is in today's Washington Post with an op-ed he co-authored with Doug Schoen, Mark Penn's polling partner and another Fox News favorite. Their message to their fellow Democrats: Healthcare reform will destroy you this fall!

Mind you, they're only issuing this warning because they want to help the party they love: "At stake is the kind of mainstream, common-sense Democratic Party that we believe is crucial to the success of the American enterprise. "

And this isn't the only time Caddell has spoken out to defend the best interests of his party. Let's take  a moment to remember a few other instances from the last decade:

* Al Gore lacks character! (December 2000):  "We took [character] out of the equation in '92. The American people will never again take it out of the equation. Character matters. And in this kind of election, it matters a lot. And Bush has won that election"

* Going after Lieberman will destroy the party! (August 2006): "And this is my concern, is that if Joe Lieberman loses Tuesday -- and I hope... he doesn't, but I've felt badly about this ever since The New York Times went off the deep end and endorsed Lamont. But I'll tell you, I think if he loses you're going to empower what I call the real fringe of this party who are going to believe that they've been right all along and they are going to start setting litmus tests for everybody. A month ago, [there were] nine votes for pulling out (of Iraq) with a set timetable next year. You know the demand is going to be that position of the Democratic Party or else. That's what we're looking at here, this is kind of madness. The country's going to look at us and say, "What are you doing?"

* The Democrats can't win back Congress by criticizing the Iraq war! (September 2006): "Remember in '04, I kept saying to my party....'Get away from this National Guard thing. Stop doing this!' I'm telling you right now, the movement on the war on terror in Iraq have moved substantially, and I've just finished 40 hours of analysis on this. It's amazing. This is -- I don't think that's the issue the Democrats ought to be campaigning on, frankly. I don't care how many NIE reports come out."

* Leave George W. Bush alone! (October 2004): "Let me tell you something. I have said over and over...that this Michael Moorism, this hate stuff, this almost thuggery on the part of the sort of people that were brought into the [John Kerry] campaign, you know, sort of attacking Bush so personally was backfiring. I said this last week it was a mistake. It drives -- particularly when the president's personally popular as an individual but has problems. And they can't -- they've let themselves be dominated by that, because they think that's the next gimmick."

But, honestly, all Pat Caddell wants is what's best for the Democratic Party.....