In defense of Dennis Kucinich

Why I'll be cheering if his vote kills healthcare reform 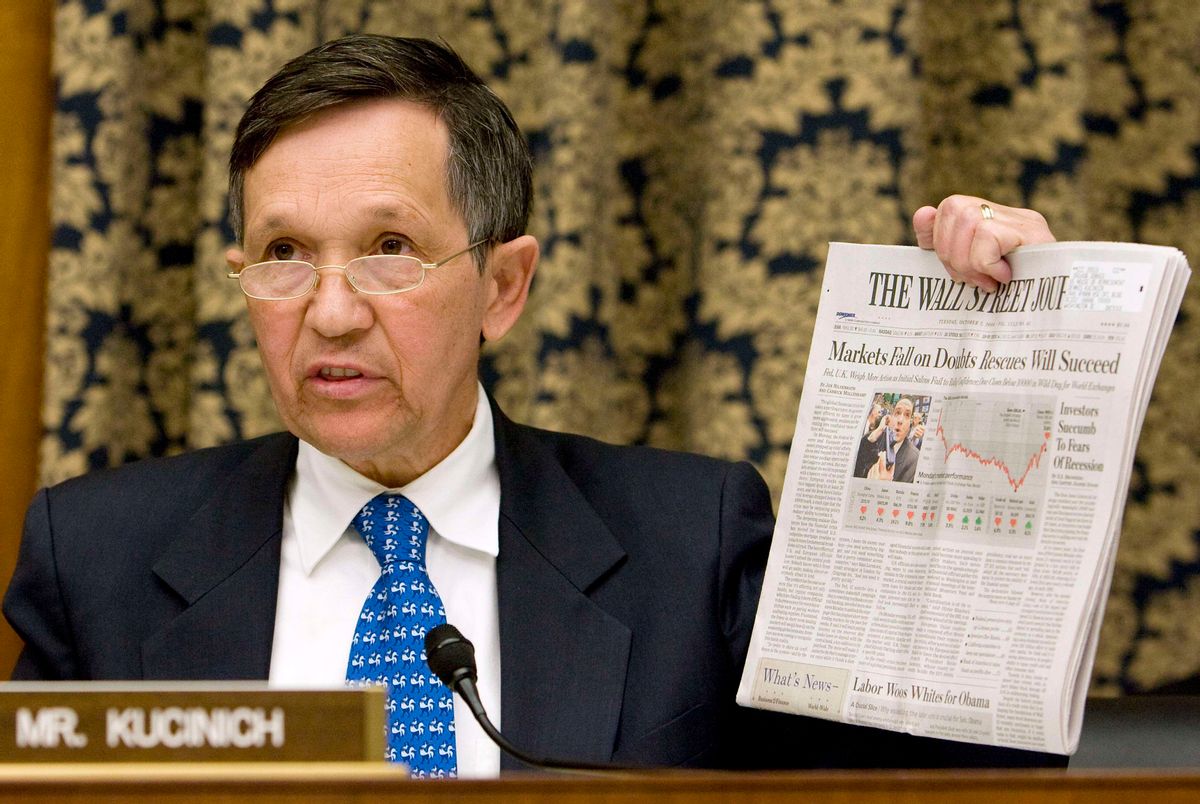 I have to admit: I adore Dennis Kucinich. In the 2008 primaries, my heart belonged to Hillary, but my philosophy was pure Dennis. He was the anti-Barack, the anti-Hillary, way the anti-Edwards... the guy who wouldn't say things he didn't believe just to get a vote; a principled man in a business that really doesn't value principle over pragmatism.

And if he turns out to be the vote that kills health care reform, I will stand up and cheer.

Kucinich is firm in his "no" vote on the final bill, despite what must be fearsome pressure from his Democratic leadership. Bart Stupak and his coalition can probably be bought off with a tweak of language -- and if not, don't believe for a moment that Team Pelosi cares more about women's constitutional rights than they do about being able to say we passed health reform. But what Kucinich wants is what virtually nobody on either end of Pennsylvania Avenue is willing to give: True universal health care.

Markos Moulitsas, founder of the Daily Kos, went off on Kucinich earlier this week on "Countdown." Accusing him of playing a "very Ralph Nader-esque" game of politics, he told fill-in MSNBC host Lawrence O'Donnell that Kucinich "is not elected to grandstand and to give us this ideal utopian society. He is elected to represent the people of his district and he is not representing the uninsured constituents in his district by pretending to take the high ground here."

(Funny, isn't it, how we want our politicians to act on conscience until they deviate from what our particular interest group wants?)

If Kucinich gives the promised "no" vote, Moulitsas fulimated, he should face a Democratic primary challenge for his seat: "What he is doing is undermining this reform. He is making common cause with Republicans. And I think that is a perfect excuse and a rational one for a primary challenge."

Of course, rival blog Firedoglake quickly and gleefully pointed out that the filing deadline for primary challengers had already come and gone in Ohio.

Kucinich is adamant. "This bill represents a giveaway to the insurance industry," he told O'Donnell the night before Moulitsas's diatribe. "Seventy billion dollars a year, and no guarantees of any control over premiums, forcing people to buy private insurance, five consecutive years of double-digit premium increases." It's little more than a thinly-disguised bailout. "I told the president twice in two different meetings that I couldn't support the bill if it didn't have a robust public option and at least if it didn't have something that was going to protect consumers from these rampant premium increases." That doesn't look like it's going to happen, so his vote is likely to be a resounding "no."

This "reform" rights a couple of big wrongs, but expands a bunch of new ones, forcing Americans to participate in profit-obsessed system that will continue to sacrifice world-class care in the name of the Almighty (though rapidly deflating) Dollar. President Obama's declaration that we've talked and debated the issue enough is pure, weapon-grade bull-spittal.

Trillions of dollars and millions of lives are being decided by the ticking clock of the 2010 election cycle; by Easter Recess, Members of Congress need to be back in their districts, campaigning and fundraising their little hearts out. All evidence indicates that the composition of Congress after November will not be conducive to health care reform...a shift in the political winds helped immeasurably by the shoddy way the party in power has handed health care reform. So for those who merely want to check off the box marked "Health Reform," who want a reform rather than the best reform, it's now or never.